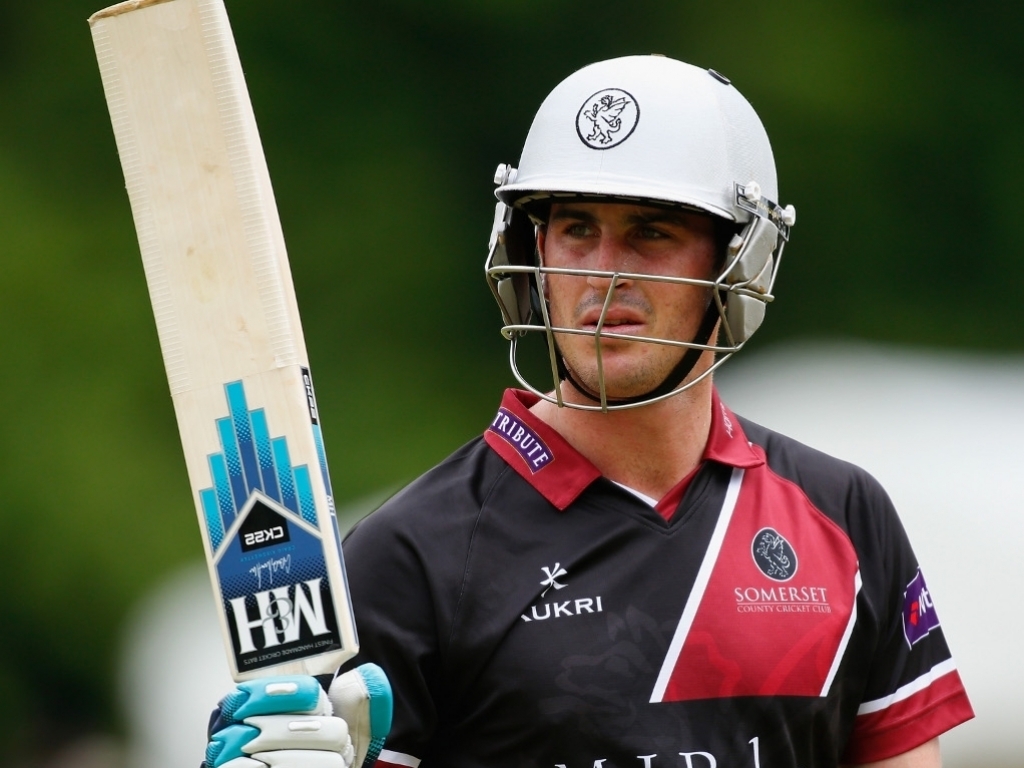 England and Somerset wicketkeeper-batsman Craig Kieswetter has announced his retirement from professional cricket, having not sufficiently recovered from a serious eye injury he suffered in 2014.

The South Africa-born-and-raised keeper was stuck in the face while playing against Northamptonshire's David Willey, and while he did return for a few domestic T20 matches in South Africa during England's off season, he has decided to call it a day.

The 27-year-old Kieswetter was part of England's T20 side when they won the World Twenty20 in 2010, having just qualified for England, and went on to play 46 ODIs for England and 26 T20s.

Kieswetter said on Somerset's website: "After been given the opportunity to take some time off and step away from the game, I've come to the decision that wasn't the easiest to make, yet I feel is the right one.

"Having gone through that experience of my eye injury and everything it entailed, I feel mentally I will never again be the player that I was.

"I have had a terrific career, with plenty of ups and occasional downs, and I am calling time on my career and walking away with no regrets.

"There are so many people that I am grateful to yet most importantly I need to thank my family, without whom nothing I have achieved would have been possible. Their sacrifices to help me to be able to achieve some fantastic success defines the importance of family.

"I'd also like to thank Somerset County Cricket Club for giving me the opportunity to play as a professional, to help mould me and for their loyalty.  It is a Club full of so many incredible people and with a great bunch of supporters.

"I would especially like to thank Brian Rose, the former Director of Cricket who gave me my first contract at Somerset, Andy Hurry who was my first team coach and Darren Veness who helped to make me into what I am today. These three guys have been huge influences to me in my career.

"I'll have so many memories of a career that spanned nine years of my life during which I have made so many friends. See you all on the sidelines!"

Somerset CEO Guy Lavender said: "This is awful news both for Craig and the Club but we completely understand why he has come to this difficult decision.

"Craig has made an immense contribution to the success of Somerset and England since joining us.  His performances with the bat and gloves have been outstanding and have endeared him to all cricket fans, not just at Somerset but right across the globe.

"On behalf of the General Committee and all Somerset Members and supporters I would like to publicly thank Craig for his superb contribution to Somerset and to wish him all the best fortune in his future endeavours.  He will be greatly missed and will always receive a very warm welcome at the County Ground."

Director of Cricket Matt Maynard said: "This is sad news for all concerned.  Craig is a very popular member of the squad and has made a real impression on the Club during his years here. He has been a major influence both on and off the field and will be missed by players, coaches, staff and fans alike.

"At his best Craig was one of, if not the most explosive ‘keeper-batsman’ in the game. He is an extremely gifted cricketer who could win a game on his own. His record speaks for itself and the game will miss him.

"I would have loved to have worked with him this year but it just wasn't to be. Whilst the loss of Craig is a major blow we must not forget that we have two young and very talented ‘keepers’ at the Club in Alex Barrow and James Regan, whilst Marcus Trescothick is more than capable with the gloves as he has proved in this year’s NatWest T20 Blast."