Kimmince thrilled that Australia Women are blazing a trail again 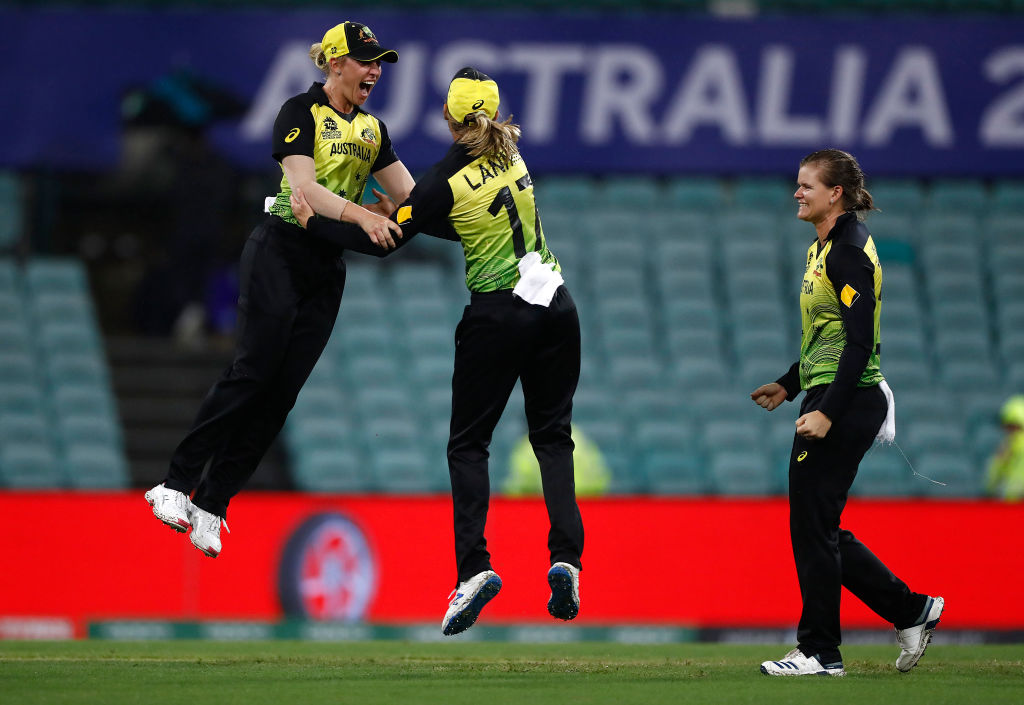 Allrounder Delissa Kimmince is thrilled to be part of what will be the first sporting event in Australia to welcome back fans.

The last time Kimmince and Australia played was in the T20 World Cup final at the MCG, a match which drew a world-record crowd for a women’s game. Now Kimmince and her team-mates are preparing to face New Zealand over six months later, and due to coronavirus restrictions, Allan Border Field will welcome limited numbers of supporters.

Kimmince says the demand for tickets for the six matches to be played in Brisbane has been incredibly high.

“It’s exciting,” Kimmince told cricket.com.au. “I’ve had a number of people messaging me to say it’s sold out and they can’t get any more tickets.

“We’re very lucky our team, no matter where we go or where we play we’re very well supported.

“Knowing the times we’re in, things are quite tough, so to know people will jump (at the chance) to come and watch us (is exciting).

“Hopefully we put a bit of joy back in their lives and hopefully put smiles on their faces is a special feeling.

“We’re super glad we can go out and be able to play in front of them.”

As a team who pride themselves on engaging with their fans, it might be hard for Australia players to adjust to social distancing. Autographs and high fives are prohibited, but Kimmince hopes they can still inspire their supporters.

“It’s part of the culture of our group that we’ve created, we try to have as much fan engagement as we can and without them, we know our sport doesn’t continue to grow,” she said.

“That part will be disappointing, not being able to mingle with the fans – sometimes that’s all it takes to keep one kid interested in playing cricket.

“Although we can’t do that … hopefully through the way we play our cricket and the smiles on our faces, hopefully that encourages people to continue to play cricket.”

Australia will meet New Zealand’s White Ferns in a T20 warm-up match on 24 September, ahead of the first T20I on Saturday 26 September.