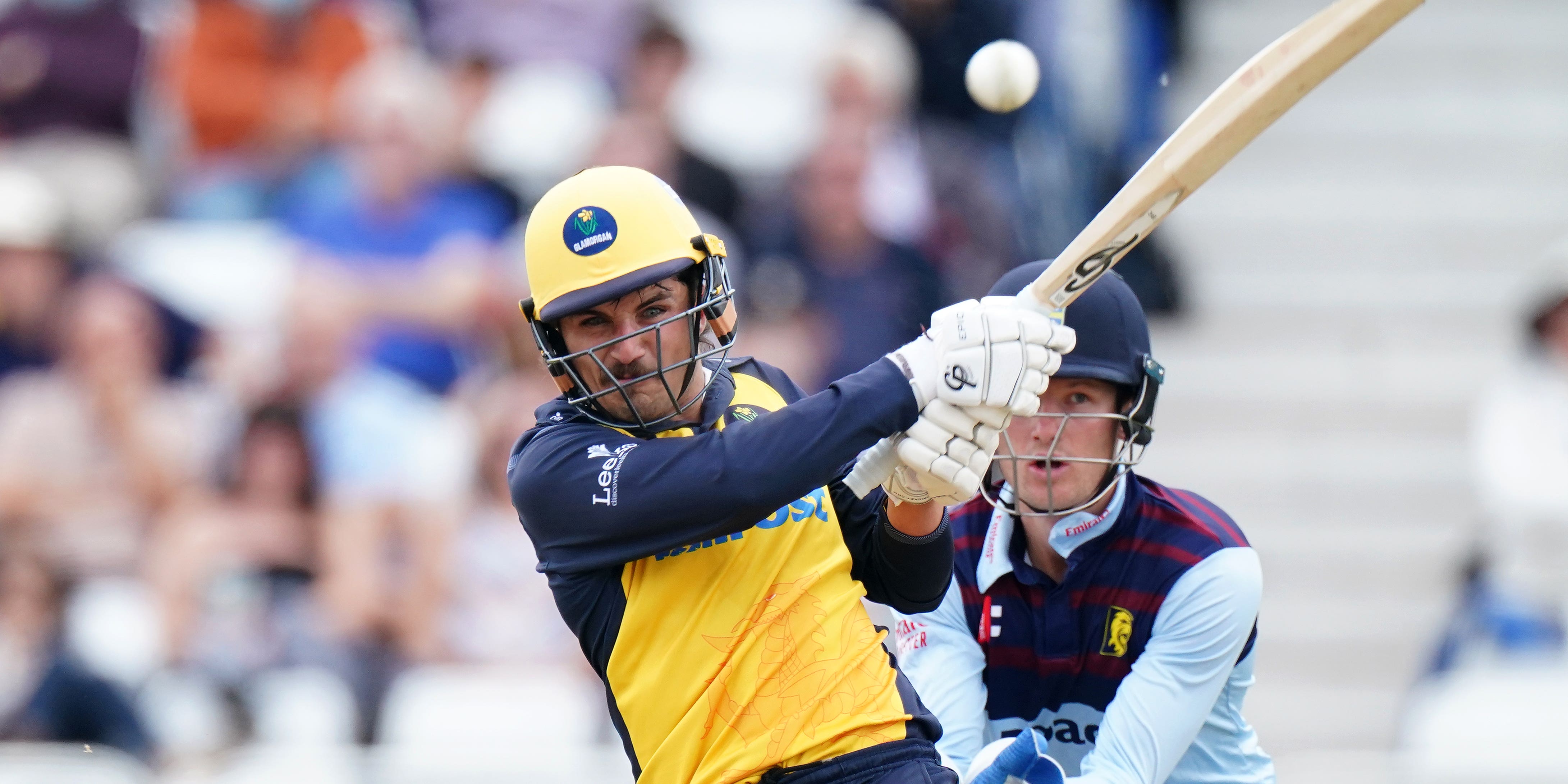 Kiran Carlson hammered 82 from 59 deliveries while Andrew Salter contributed with bat then ball as Glamorgan won the Royal London Cup after beating Durham by 58 runs in the Trent Bridge final.

Captain Carlson struck 10 fours and three sixes in an excellent counter-attacking innings, putting on 101 alongside Nick Selman, but Glamorgan still needed lower order contributions from the likes of Salter to reach 296 for nine.

Salter followed up his 33 from 22 balls by taking three for 42 with his crafty off-spin, which included the crucial wickets of in-form openers Graham Clark and Alex Lees, as Durham were all out for 238 in 45.1 overs.

Sean Dickson’s 84 not out from 83 balls was ultimately in vain as Glamorgan claimed their first piece of silverware since winning the National League in 2004, while this was their first knockout trophy triumph in 58 years.

There have been claims that counties being shorn of some of their best players due to The Hundred has downgraded this competition’s status, while the final being held on a weekday away from Lord’s has added fuel to that fire.

But the evergreen Chris Rushworth proved he remains among the country’s best bowlers, sending down 10 consecutive overs to yield just 37 runs after his side had won the toss in overcast conditions. He chipped in with a wicket, too, as Hamish Rutherford perished in the deep attempting to swipe the seamer for a second six in an over.

At the end of Rushworth’s spell Glamorgan had been kept relatively subdued on 84 for two after 19 overs. But Carlson cast off the shackles thereafter, lofting Luke Doneathy down the ground before clubbing Scott Borthwick over the rope twice to bring up a 40-ball fifty.

Carlson continued to up the ante but Matty Potts, back for Durham alongside Ben Raine from Northern Superchargers duty, had Selman caught at mid-on for a 74-ball 36 and Billy Root adjudged lbw from successive deliveries.

When Carlson feathered one through to wicketkeeper Cameron Bancroft for Potts’ third wicket, Glamorgan were 160 for five after 30 overs.

Glamorgan refused to wilt, though, and some vital cameos down the order kept them competitive, with Joe Cooke contributing a run-a-ball 29 while Salter added three fours and a six from his innings before top-edging Raine, who celebrated his third wicket when former Durham player James Weighell holed out for 15 off 12.

Those down the card added 86 in the final 10 overs to swell the total, but in Clark and Lees Durham had the top two run-scorers of the competition, the pair having registered a combined 1,153 runs in eight matches.

The omens were good when they reached 47 for none midway through the 11th over but Lees was beaten on the outside edge and bowled for 15 by Salter, who enticed the adventurous Clark (40) into slog sweeping to deep midwicket. This marked the first time in the competition that neither of Durham’s openers had reached a half-century.

Scott Borthwick miscued to mid-on while David Bedingham pulled Salter in the deep as Durham’s position of 74 for four left Bancroft and Dickson with a significant rebuilding job, one the pair took on to keep their side in the hunt.

Bancroft combined some quick running between the wickets with the odd boundary in his 55 from 54 balls, but got a top edge to a half-tracker from Steven Reingold, and with the asking rate north of eight an over, Durham were firmly second favourites.

Dickson tried his best, thumping eight fours, and Durham’s only six of the innings off Weighell in the 42nd over, but ran out of partners. Forty-year-old seamer Michael Hogan took the final wicket when Rushworth edged behind to leave Dickson stranded and start Glamorgan’s celebrations.