Home 2015 World Cup Kirsten: India are one of the favourites

Kirsten: India are one of the favourites 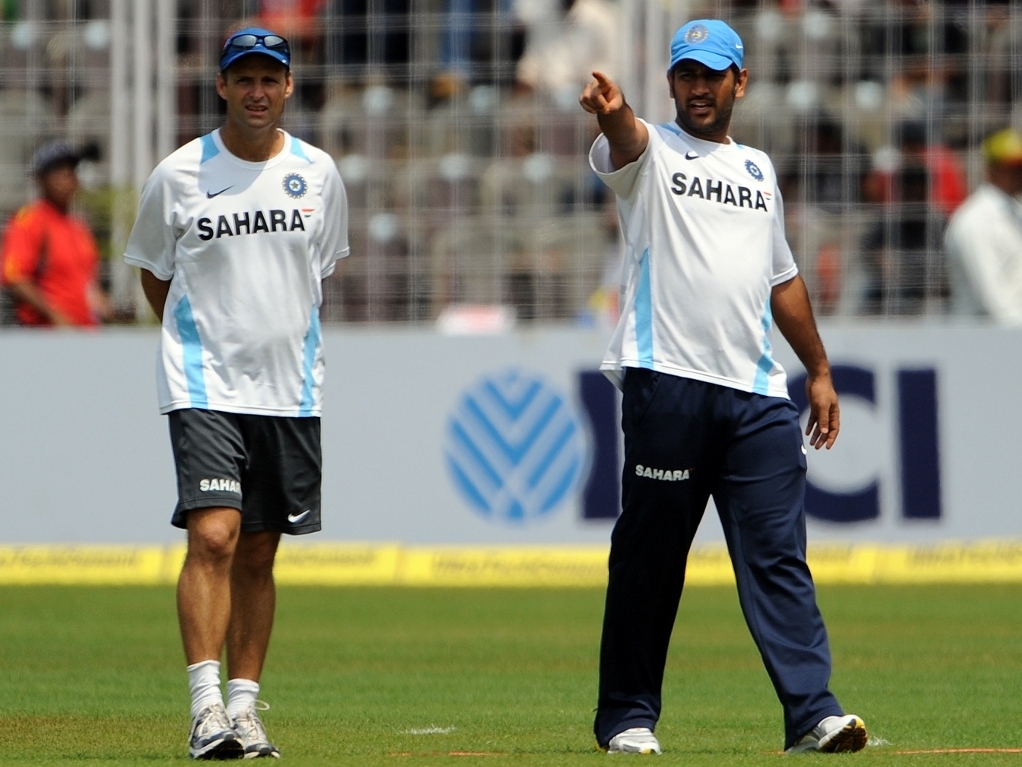 Former India coach Gary Kirsten feels his former side are still one of the favourites to lift the World Cup despite their poor performances in the lead-up to the global event.

India have not won a single match on their current tour of Australia, and many cricket followers have already written off their chances of retaining the title that they won on home soil in 2011, under the guidance of Kirsten.

The former South Africa opening batsman believes playing at cricket's biggest showpiece brings its own unique challenges, and the India side has the players to cope with all the added pressures of playing in a world tournament.

Kirsten had special praise for India captain Mahendra Singh Dhoni, who he feels is one of the best at taking on the responsibility when his team needs him most.

Recalling the previous World Cup final, when Dhoni hit the winning runs, Kirsten said: "In the 2011 final, Dhoni came up to me and requested if he could bat before Yuvraj Singh.

"Dhoni's credibility and past records should not be written off just because the captain's contribution to the team's performance has not been credible in the past few tournaments."

Although having full confidence that India will rediscover their form, Kirsten still hopes that the country of his birth, South Africa, pips the Asian nation to the title.

He said: "All in all, I believe that performing and operating in the chaos of the World Cup is difficult.

"However, the best in the current Indian team is yet to be seen by the world. India are one of the favourites, but I hope they finish second after South Africa."

The World Cup gets underway on the 14 February and will be co-hosted by Australia and New Zealand.