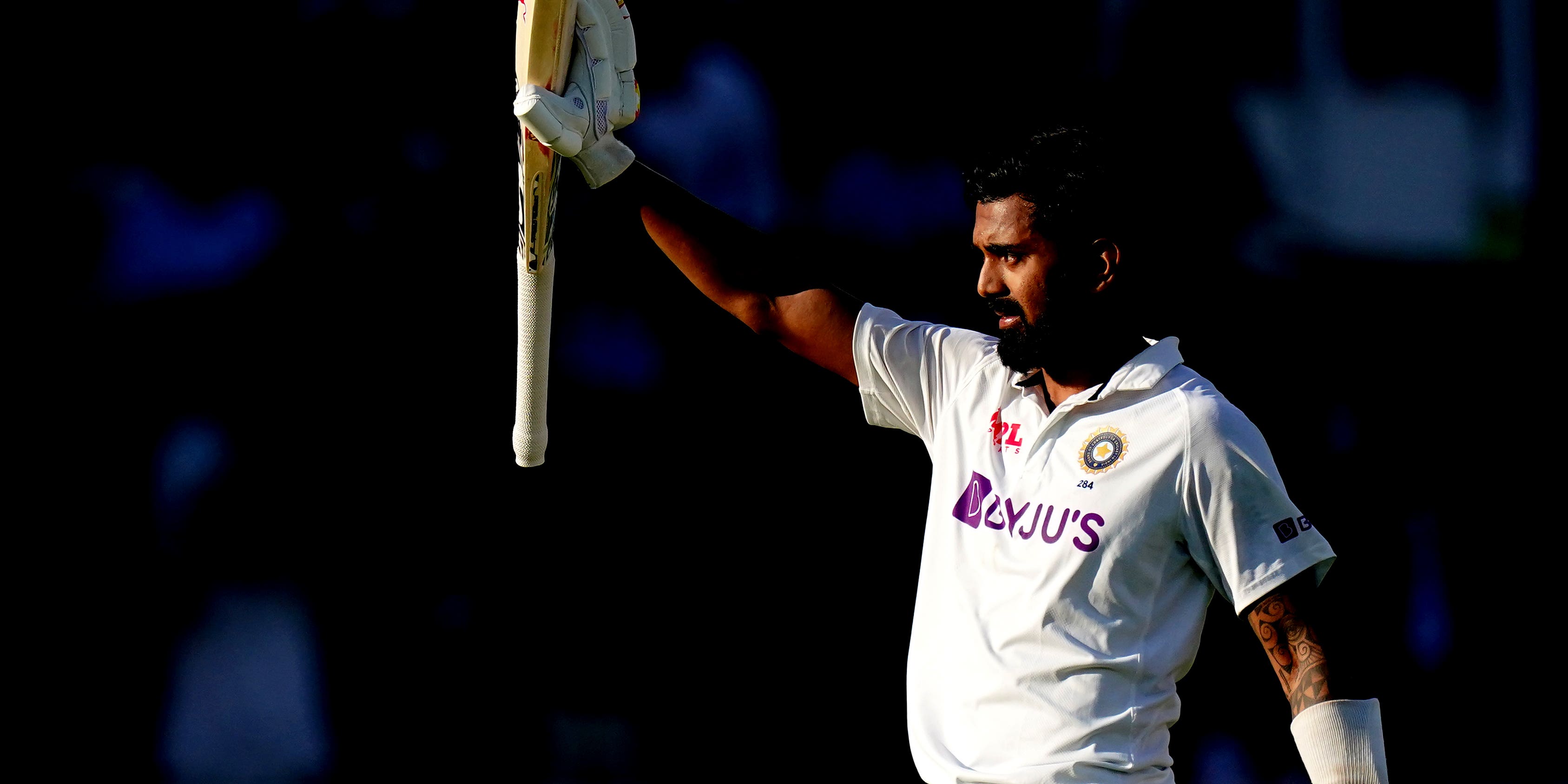 Joe Root’s decision to bowl first on the opening day of the second LV= Insurance Test backfired in in frustrating fashion at Lord’s as India racked up 276 for three to assume control.

The England captain won the toss and sent the tourists in under gloomy skies but the combination of quality batting, spells of uninspired bowling and a belligerent lack of swing left the tourists in an envious position at stumps.

Rohit Sharma set the tone at the top of the order with a fine 83 but it was his opening partner, KL Rahul, who ground the hosts down most as he batted throughout the day for a high-class 127 not out.

England might have found themselves even further in the mire had it not been for James Anderson, who shrugged off fears he would miss the match with a quad injury to dismiss Rohit and Cheteshwar Pujara deep in the afternoon session.

Rahul and Virat Kohli snuffed out hopes of a fightback with another century partnership before Ollie Robinson used the second new ball to remove the captain for 42.

England made three changes from the side which came out second best in last week’s rain-affected draw at Trent Bridge, with Haseeb Hameed replacing Zak Crawley after five years of exile, Moeen Ali in for Dan Lawrence and Mark Wood taking over from the injured Stuart Broad.

Anderson’s all-clear meant a fourth alteration was not necessary and his presence in the home attack surely played a part in Root’s readiness to take the field. The dark clouds that nudged him to that conclusion opened at either end of the morning’s play, with showers allowing only 18.4 overs before lunch.

India reached 46 without loss in that time, Anderson and Robinson unable to generate any danger but keeping the scoring opportunities to a minimum. The same could not be said of Sam Curran, who leaked the first six boundaries of the day to Rohit including four in a single over.

Having scored just eight from his first 46 deliveries, Rohit was off and running. England began the afternoon session with a blast of 94mph pace from Wood but, while Rahul wore a bouncer on the glove, Rohit took on the short ball merrily with two fours and a hooked six.

Moeen’s spin could not contain him either, with a skip down the pitch and a one-bounce four helping India to 100. At that stage Rahul had been almost entirely sidelined, scoring 16 to Rohit’s 75. He finally broke his long abstinence by smashing Moeen for six over long-off but England were about to make a breakthrough at the other end.

It fell to Anderson to raise the spirits, taking a couple of balls away from Rohit before nipping one back in and bowling him via a flick off the back leg. After 43 chanceless overs and 126 runs, England were on the board.

The off-form Pujara was more obliging, turning in a brief but deeply unconvincing stay before prodding Anderson to second slip. At 150 for two, there was still time to recover lost momentum but with Rahul accelerating nicely towards fifty and Kohli new to the crease, the window closed after tea.

Rahul was picking up easy ones and twos and driving confidently through the covers as his early hard work paid off, while his captain settled into the bedding in phase of his own innings. Runs did not come easily for him and an awkward fend off Robinson almost had short-leg interested, but he was showing plenty of determination.

The introduction of his former Royal Challengers Bangalore team-mate, Moeen, almost paid off but instead of flattening his stumps a thick inside edge skimmed between the legs of wicketkeeper Jos Buttler for four.

Rahul was one shot away from a sixth Test hundred and got there with a ninth four – slashing Wood to the third man ropes. The 29-year-old would not have been in the XI were it not for injuries to Shubman Gill and Mayank Agarwal but he will prove hard to dislodge now.

The second new ball gave England a much-needed shot in the arm, with a handful of plays and misses culminating in Kohli’s hard-handed push at Robinson. Root, who had not seen a catch come his way all day, did well to hold.