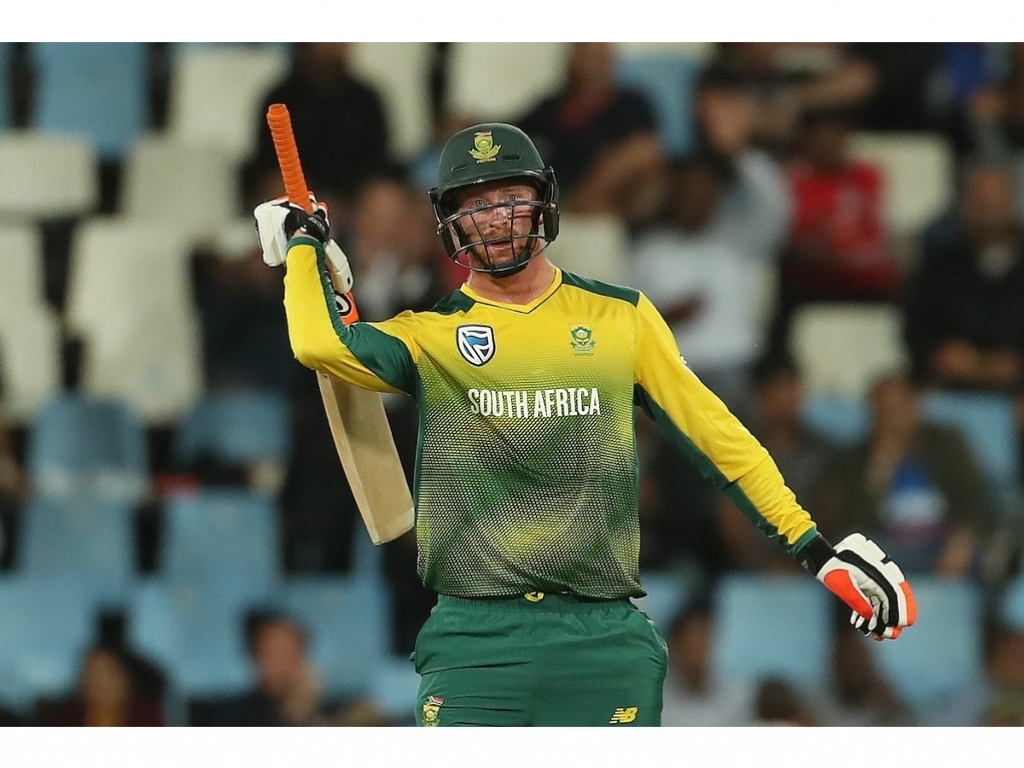 Klaasen smashed a 30 ball 69 helping to lift the Proteas from a point where they were behind the DLS par score with rain looming onto the platform which allowed JP Duminy to get the team over the line for a six wicket victory in the second T20I.

In the post match press conference Klaasen was asked if De Kock should be worried about his place in the XI, he replied: “No, not at all.

“I think he is a world-class player. And our change room definitely misses him. Especially top of the order. I don’t think he has anything to worry about yet.”

Klaasen hopes that he has been able to throw his hat into the ring for a permanent spot as a specialist batsman but says that he would accept it if he never played again for the team beyond the end of this series.

🔥🔥 Klaasen is in sizzling form reaching his maiden 50 in 22 balls. South Africa need 58 more to win from 7 overs.

He said:  “If you look at Quinny, AB [de Villiers] and Faf [du Plessis] and with Temba [Bavuma] coming back as well, they are world-class players.

“So, in some sort, to put my name in that list as well. It is definitely a very important stage of my career. Put myself on the map or in this set-up.

“But if this is my last game, the weekend one, so be it, I am happy with it. My dream is fulfilled. Now it becomes a job.”

41 of Klaasen’s runs came off the bowling of Yuzvendra Chahal including five sixes with the big keeper using brute force to generate pace on the ball.

Speaking about Chahal, Klaasen said: “I fancy him quite a lot.

“Especially when I was in amateur cricket, there were a couple of quality leggies in that time when I started my career.

“I faced Shaun von Berg at the Titans a lot as well. We always made a joke that I need to finish the other leggie’s career so he can go up. Sometimes it works. Tonight it worked perfectly. I just tried to cash in as much as possible.”

The T20I series is locked at 1-1 with the decider to be played at Newlands on Saturday.