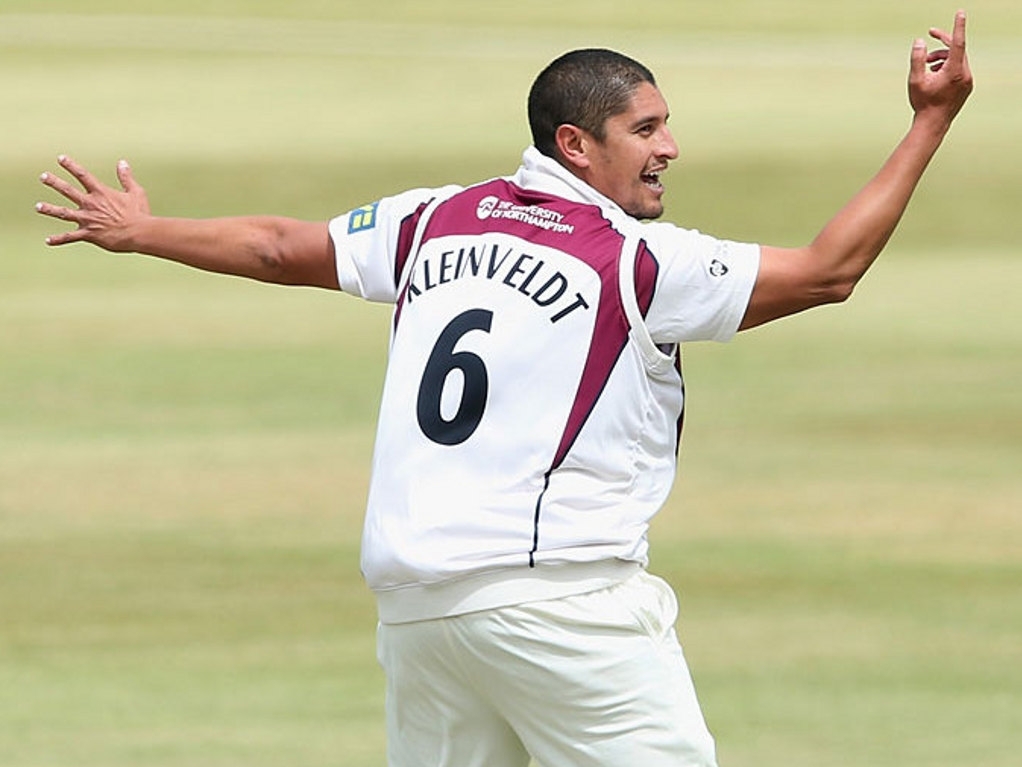 South Africa all-rounder Rory Kleinveldt has signed a new deal with Northamptonshire for the 2016 season, the club has announced, and he will rejoin countryman Richard Levi at Wantage Road.

Levi has been with the club for three successive seasons, while Kleinveldt was their leading wicket taker in 2015, and their player of the year. Both have signed for the full 2016 season.

Kleinveldt, who has four Test caps for the Proteas, said: "I'm really pleased to be heading back to Northampton next year.

"This summer was a great season for the club with some really exciting matches and we came so close on finals day. I'm hoping we can do one better in 2016!"

"He is respected by the rest of the squad and helped push us over the line in a few games this year and was our leading wicket-taker.

"He was voted as our County Championship Player of the Year and Players Player too which shows just how popular he is in the changing room.

"We are looking forward to having him back."