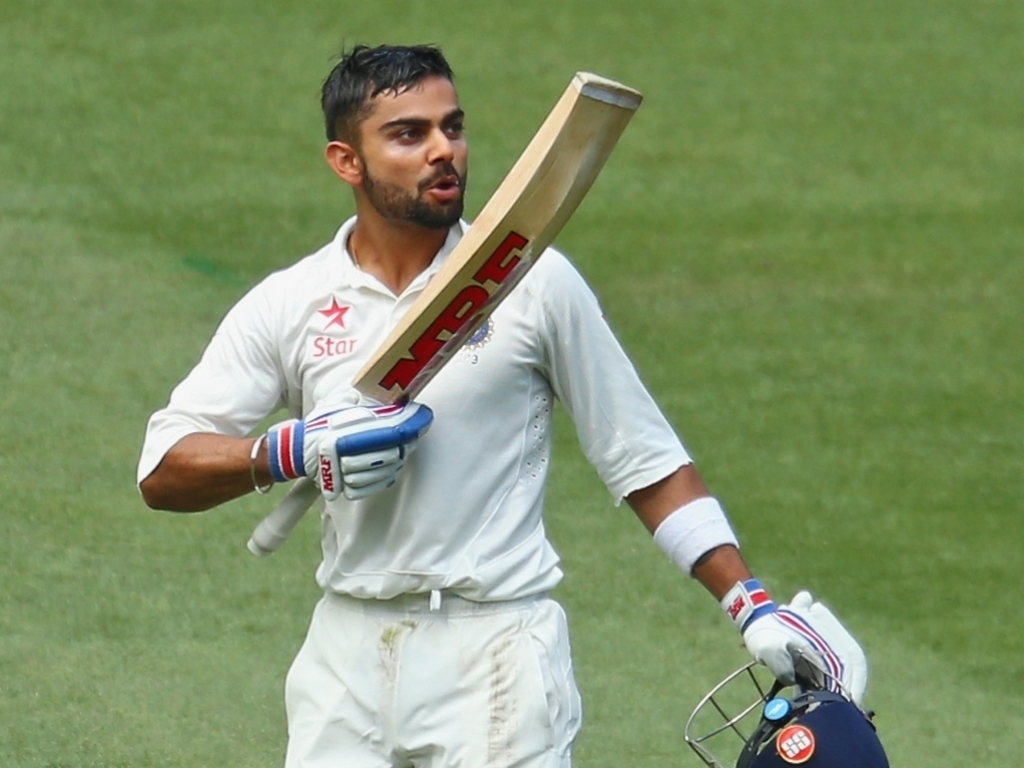 India batsman Virat Kohli struck a majestic 169 on the third day of the third Test against Australia at the MCG, as he accused some Australia players of showing him a lack of respect.

Kohli was involved in a heated exchange on the field with fast bowler Mitchell Johnson after the Australian threw the ball at him while attempting a run-out.

The incident seemed to fire up the India vice-captain as he flayed the bowling attack all over the ground. Speaking to reporters afterwards, Kohli said he did not mind the verbal exchanges as it seemed to bring the best out of him.

Kohli said: "They called me a spoilt brat, and I said maybe that's what I am. It seems to be working in my favour and they don't seem to be learning their lessons.

"I told him (Johnson) to throw the ball at the stumps and not on my body. It was not on.

"I respect a few of them. I have no reason to respect anyone who does not respect me. I'm not out there to gain anyone's respect. I'm out there to play cricket.

"Whatever you say, you still have to go out and play the next ball. I tried to stay positive and it worked."

Speaking about the way he constructed his innings, and his partnership of 262 with fellow centurion Ajinkya Rahane, Kohli pointed out that he had made some technical changes to his batting after the last match. He shifted his guard more towards off-stump, while also standing a yard outside his crease.

He explained: "I wanted to make sure that the bowlers did not find that right spot. They try to keep it on the fourth stump and my plan was to put them off. By driving on the up and moving towards the ball, it helps in countering their plan.

"They don't get to see the ball missing the stumps by inches when you are beaten and find it difficult to find the good length. That is what you want as a batsman.

"It was pleasing to see how Jinks batted today. I was a little surprised with the way he took on Johnson (against the second new ball) but it was good to see a batsman backing himself. At no point did I tell him to hold back and it helped that we were both thinking on the same lines."

India ended the day on 462 for 8, still 68 runs behind the hosts' first-innings total, but Kohli feels the match is still in the balance and that they would chase any total on the last day, as they bid to keep the series alive.

He said: "The match is nicely poised. The wicket is slowing down and there is rough. You saw KL Rahul get out off the rough. R Ashwin will come into play in the second innings."