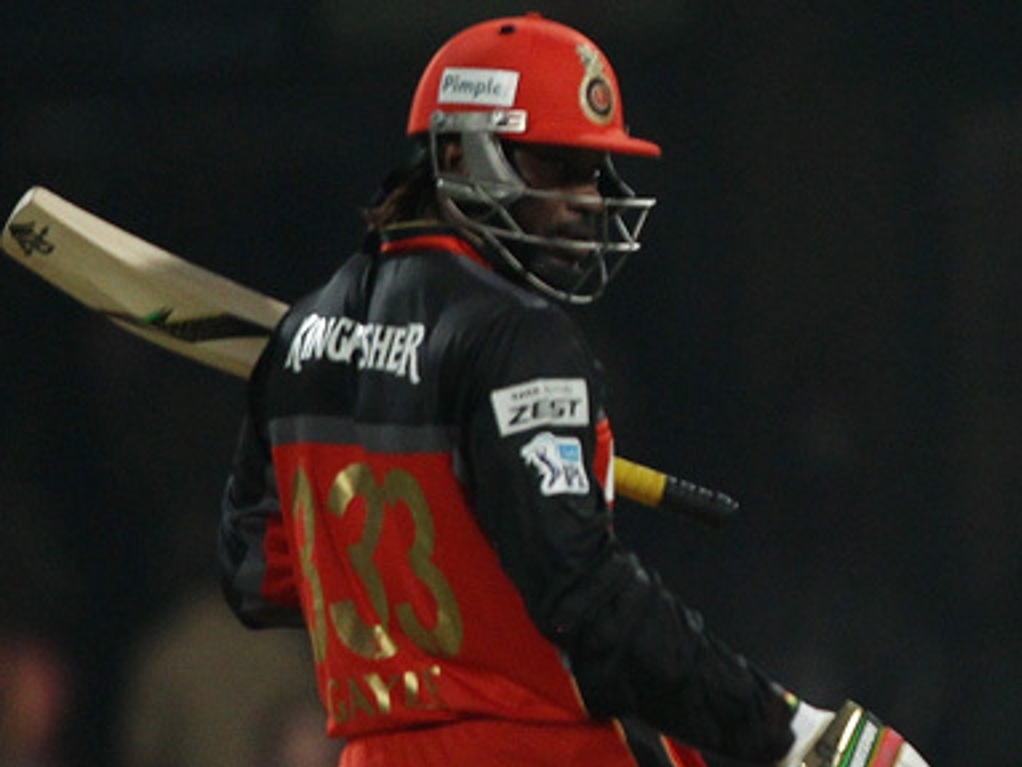 Royal Challengers Bangalore captain Virat Kohli has not spared opener Chris Gayle's blushes, saying that the West Indies batsman was in fact dropped from the team this weekend, and was not rested.

Bangalore opted to go with Australian Travis Head against Rising Pune Supergiants, slotting him into the middle order, while KL Rahul continued to open alongside Kohli. Rahul has scored three fifties in four games.

Kohli, who scored a ton in that match, confirmed that Gayle had simply not made the cut: "No, Gayle wasn't rested, we chose Travis Head in his place.

"We felt we needed more solidity in the middle order. Travis strikes the ball well, KL and I have been opening well. Also, we thought Travis can give us a few overs of offspin if needed.

"They (Supergiants) had three left-handers, so we could have used him if there was a situation where one of our bowlers went for us. He proved himself in the game against Mumbai Indians, and we all know he strikes the ball well."

Kohli was also blunt when discussing batsman Sarfaraz Khan, saying that the player was not fit enough in the field, which is why Sachin Baby had been picked ahead of him for the past few matches.

The skipper added: "He (Sarfaraz) understands the areas he needs to work on as far as fitness and fielding is concerned.

"We understand that the position he plays at, he is unlikely to get more than 10-15 balls to play. You can't afford to have too many guys on the field who are not up to the mark with their speed.

"The format is fast and you need guys who are fit and can get to the ball quickly to save you five-six runs. He understands that. Sachin (Baby) in that aspect is committed, fit and works on those things.

"So it is a matter of who is working hard on all three aspects of the game. If you are not a bowler, then you need to be up with your fielding and batting.

"Me as captain will go with a player who gives me 120% on the field, and is committed to every ball that he fields."