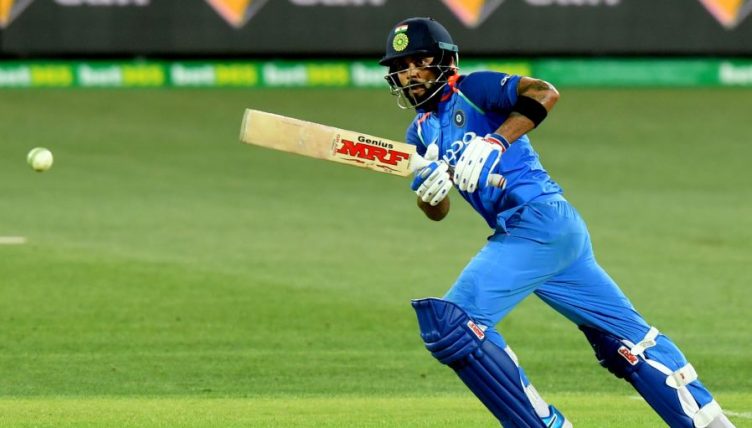 Virat Kohli’s unbeaten 72 guided India to a seven-wicket victory over South Africa at Mohali to put them one up in the three-game T20 series.

Sunday’s opening encounter had been abandoned without a ball being bowled and Quinton De Kock’s men started life after the retirements of Hashim Amla, JP Duminy and Imran Tahir with a narrow loss.

Kohli’s half-century – after Shikhar Dhawan hit 40 at the top of the order – ensured India chased down a target of 150 with an over to spare.

READ: Why Cricket is the Greatest Sport No. 9: Appeals

South Africa were put in to bat and appeared set for a big score when De Kock and Temba Bavuma were going along nicely.

But the 57-run second-wicket partnership was ended when captain De Kock was caught for a 37-ball 52 and debutant Bavuma then fell one short of a half-century – one of two victims for Deepak Chahar, who picked up two for 22.

Ravi Jadeja, Hardik Pandya and Navdeep Saini all claimed solitary scalps as South Africa made 149 for five from 20 overs.

India made a patient start to the reply, but Kohli picked up the tempo and added 61 for the second wicket with Dhawan before the opener was caught off the bowling of Tabraiz Shamsi.

Captain Kohli remained at the crease, though, and alongside Shreyas Iyer – who finished 16 not out – took his team over the finish line ahead of Sunday’s final T20 match of the series.

This is how it all unfolded