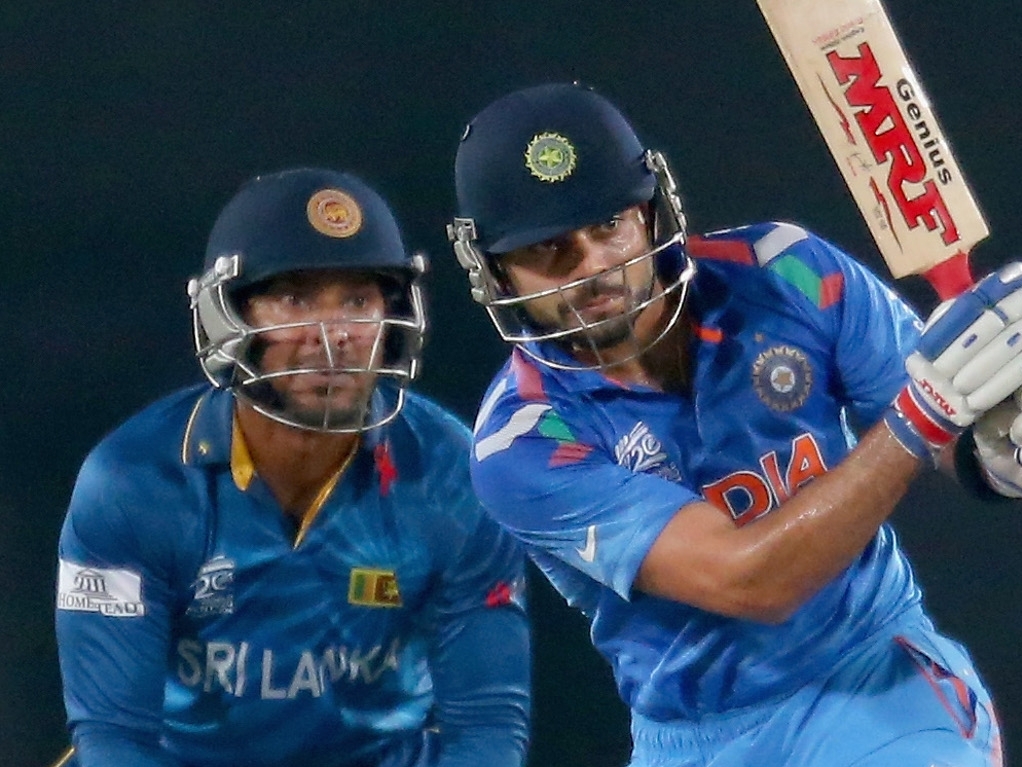 India Test captain Virat Kohli is looking forward to playing against Sri Lanka veteran Kumar Sangakkara this month, and hopes that the legend is afforded a fitting farewell, but will be aiming to remove him cheaply regardless.

Kohli paid tribute to Sangakkara, who will be retiring after the first two Tests, by calling him a 'match-winner' for the past decade and more. But he also said they weren't planning on being intimidated, and would aim to get him out as quickly as possible.

Kohli said upon arrival in Sri Lanka: "As far as cricket it concerned the plan is to get him out as soon as possible. He would like to leave a big mark on his last few Tests.

"But otherwise it will take a lot of planning to do something for Sanga, as a visiting team it would take something really special. I can't say anything now, it has to be planned properly, otherwise we might end up offending a lot of people. So we don't want to do that.

"He deserves the best of farewells, if you ask any left-hander in the world who he idolises, Sangakkara has to be one of the top three people, most of the left-handers, batsmen in general look up to.

"His record, in cricket, and Test cricket, have been magnificent. He has been such a match-winner for Sri Lanka.

"They are going to dearly miss him. I have had a great relationship with him as well. Whenever we have played against each other, we have had conversations and he is someone who will always talk about cricket and always willing to help the younger players around.

"Great man, great cricketer. So, he deserves a very good farewell. So we will prepare accordingly."

Sri Lanka come into the series on the back of losing the bulk of their fixtures against Pakistan over the past two months, including the Test series two-one, and Kohli says that the teams are both in flux and evenly matched going into 12 August.

Kohli added: "Sri Lanka and we are both in the rebuilding phase as far as getting the team together is concerned. Lot of players for them who have left in the past few years, and so is the case with us.

"We have got youngsters in the team, their youngsters have come on beautifully as well. It is going to be very competitive from that aspect, knowing players from and their places in the team. And the case of Kumar retiring after two Tests. He has been such a pillar for Sri Lankan cricket over the years.

"So, it is going to be a challenge for them as well as has been the case with the Indian team as well over the last six to eight months where we have had to rebuild and the batsmen have had to take more responsibility.

"So, I think the series is in the balance as far as the composition of the team is concerned. They might not express much but they play in a very competitive way."