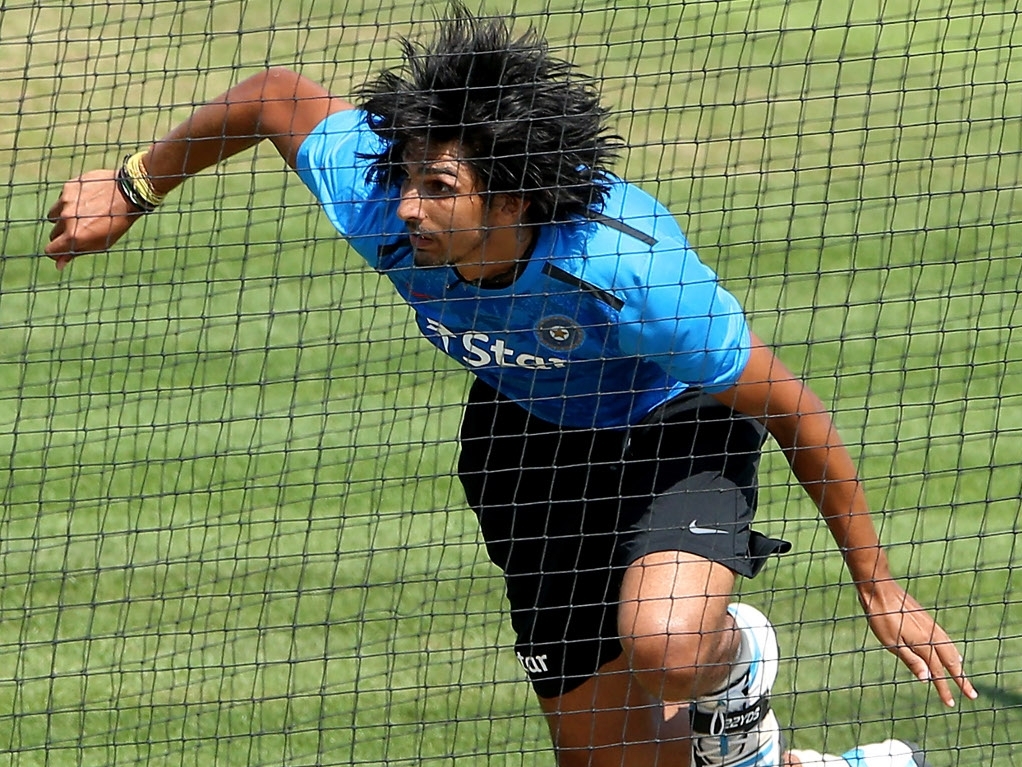 India's stand-in captain Virat Kohli was in a positive mood ahead of the second ODI against Sri Lanka, and was especially pleased with the way his senior fast bowlers had been performing.

India won the first ODI by 169 runs, with Ishant Sharma taking four wickets, and Kohli was thrilled with that effort, as well as with Umesh Yadav's return to the side as they look towards the World Cup.

Kohli said of his pacemen: "I have been very impressed with Umesh (Yadav) since he came back (from injury). He has been bowling quick and has also been consistent, not inconsistent any more.

"He's hitting good areas with good pace and that's giving the batsmen trouble on flat wickets like the other day as well in Delhi against the West Indies when his opening spell was really nice. He's working on his death bowling as well.

"Ishant (Sharma) has been playing Test cricket for a while now so he knows what to do and how to do it. Obviously he will have good and bad times. He also bounced back pretty well after not having such a very good ODI season.

"Coming closer to the World Cup it's great to see all these guys bowling really well as a stronger pace attack in Australia will give us an added advantage."

The skipper went on to say that the all-rounder options were also looking strong and was confident they'd have a match-winner in place by the World Cup.

He said: "We have had a few people coming in now. (Ravichandran) Ashwin has been more than good with the bat in certain situations, a very intelligent cricketer.

"There is (Ravindra) Jadeja and everyone knows how capable is he. He's been a perfect all rounder for us.

"Now we also have Akshar Patel whose temperament has been amazing. He has a very good temperament, I have seen him in the two games now and in IPL, he's a very strong character. We have Stuart Binny as well as a fast bowing all rounder.

"All rounder has been the X factor for us in previous World Cups. Any of these four people or even (leg spinner) Karn Sharma can be very handy with the bat.

"Come the World Cup you can have any of these people come up and be the star of the tournament. We definitely have many options. Even if one has a brilliant tournament it will be very helpful for us."