Kohli is number one: Lee 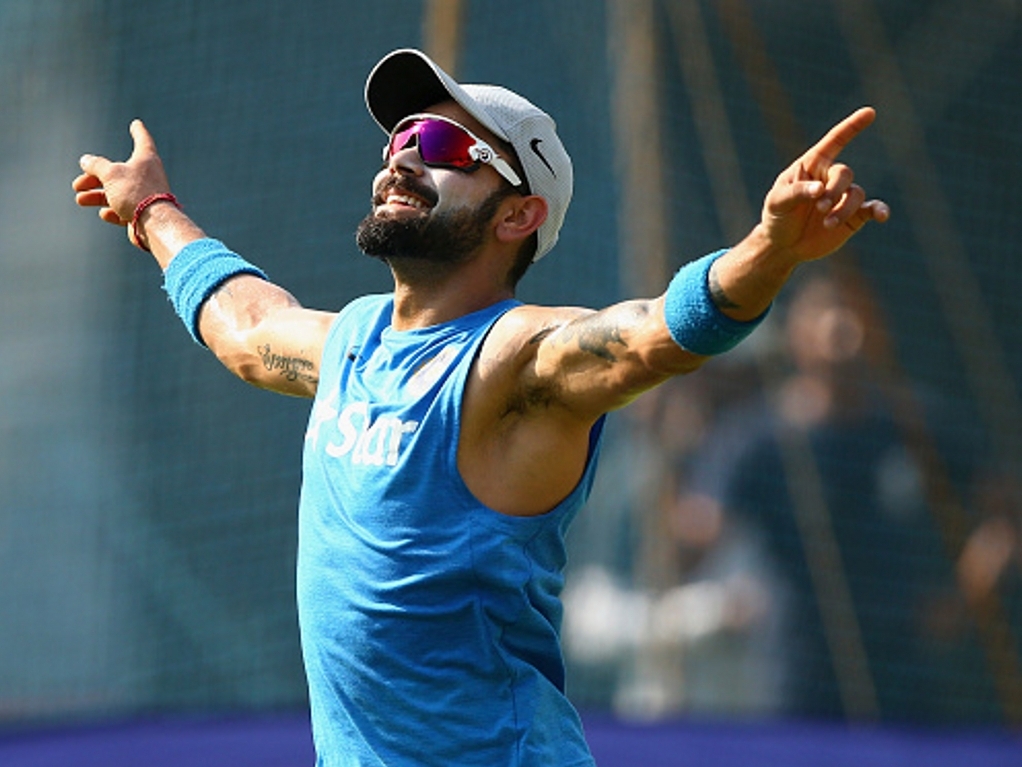 Former number one ODI bowler, Brett Lee, claims that, Virat Kohli, is currently the best player in the world.

After being a dominant force in limited overs cricket for the first half of 2016, India's Test captain flawlessly carried his form over into the five-day format last week, where he posted a maiden double century against the West Indies.

His performance against the Windies bumps the number of 50 or more totals Kholi has posted in 2016 to 12 across all three formats of the game, in just 18 innings. This has left Lee with no doubt as to Kholi's spot amongst the worlds best.

Lee told cricket.com.au: "I feel Virat is the best cricketer at the moment,

"Sachin Tendulkar is the best batsman ever and now I feel Virat is tremendous from his work ethic … his aggression is amazing. People look up to him."

After being one of the stars of the ODIs, as well as the T20 series in Australia in January, Kholi continued his superb form through the T20 Asia cup and then followed it up in the World T20, where he was awarded player of the tournament.

He was again awarded player of the tournament in April and May in the Indian Premier League, where he was dismissed only five times for less than 50 in 16 innings.

Since his move over to Test cricket, nothing has changed, with 24 boundaries to make up 200 in Antigua.

For the second test at Sabina Park in Jamaica, Kholi is expecting more of a challenge, playing at a venue that traditionally favours the pace bowler.

West Indies are looking to bolster their pace attack by bringing in uncapped 19-year-old Alzarri Joseph and Miguel Cummins, to take advantage of a surface that historically yields results for the quicks.

Kholi said: "Obviously we need to be wary of the conditions a bit more because it is a ground that is result oriented,

"It's obviously going to take more application than we showed in Antigua, more concentration and more responsibility by the batsmen to do the job."

India have made at least one change to their starting lineup, by replacing the injured Murali Vijay with KL Rahul.

Even though the pitch favours the bowling attack, Kholi has said that India's selectors have stuck with a side that incorporates five frontline batsmen, after No.6 Ravichandran Ashwin, No.7 Wriddhiman Saha and No.8 Amit Mishra all had a good show with the bat during the Antigua match.

Kohli added: "That deepens our batting line-up and still gives us the bowling options that we require to get 20 wickets,

"There's honestly not much room for change when you've won the first game knowing that the fast bowlers Ishant Sharma, Mohammed Shami and Umesh Yadav have done the job for you.

"There's some good bounce in this wicket and the last time we played a Test match here in 2011, Ashwin and Harbhajan Singh both got good turn and bounce so the spinners can't be left out of the game as well.

"There's a second innings, we have to remember that. When the wicket dries up, it will start turning."

The second Test will get underway on July 30 in Jamaica.