Kohli leads from the front 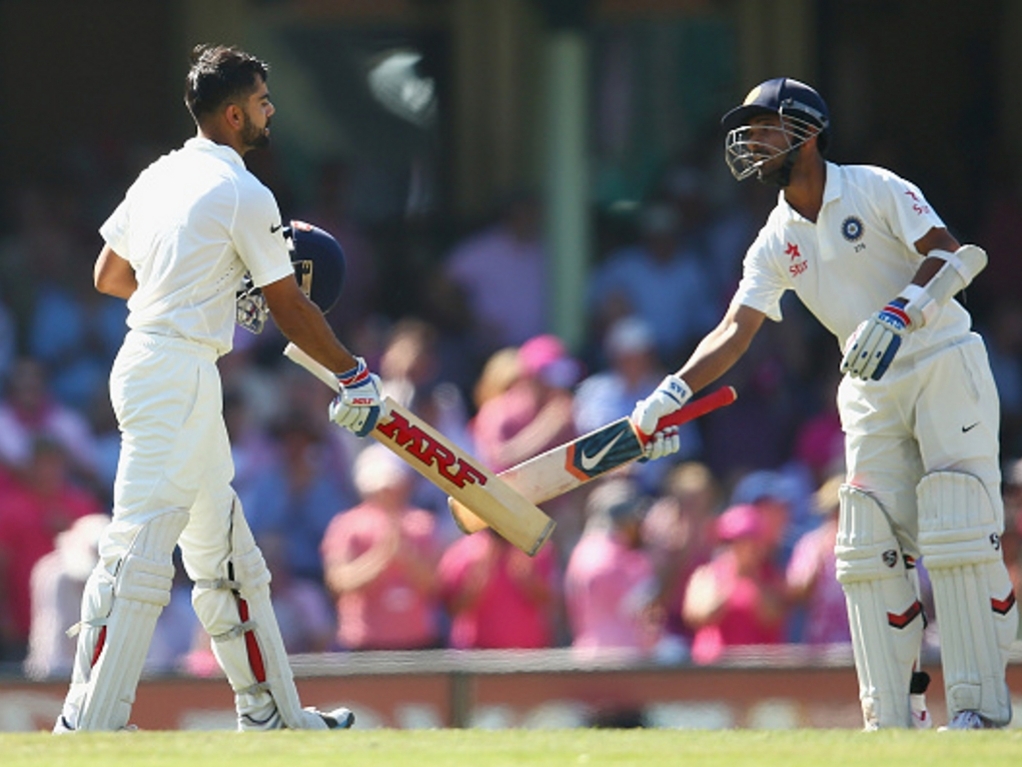 India captain, Virat Kohli, smashed a double hundred to put India in charge on day 2 of the first Test against the West Indies, after opting to play only five specialist batsman.

Kohli led the way, allowing India to build partnerships around him, and the skipper says that he wouldn't ask any of his charges to do anything he himself wouldn't do.

The captain told bcci.tv: "Playing five batsmen is a bit of an added pressure on the batsmen but that is what we want to take up as a challenge,

"The batsmen decided to take up the responsibility. As captain, I would never ask the players to do what I cannot do myself first."

Not content to anchor the innings Kohli took on the responsibility of keeping the scoreboard moving allowing, Ravichandran Ashwin, to creep towards a third Test century.

Kohli said of his positive outlook: "I backed myself to be positive, backed myself to score quickly because I knew if we had to bowl the opposition out, we need enough time for the bowlers to be fresh again and also have breaks in between,

"I had decided in the change room that I am going to go out there, be positive and show intent, and the runs started flowing."

The skipper revealed that he feels more at peace out in the middle batting than back in the dressing room: "When you are in the change room, you're interacting with people, you get to know what people are saying and what people close to you expect from you. I think those are the things that give pressure.

"When I go out to bat, I am all by myself and my batting partner. People don't understand that I am actually at a lot of peace when I am batting alone out there because I don't have to interact with too many people and don't have to listen to their expectations or know what they require of me.

"I can literally reflect on myself, understand what my thoughts and mood are and then work on those things. That is why I always prefer being out there in the middle than getting to know these things from people."

Kohli was delighted to banish the memories of a what was a mediocre Caribbean tour for him personally last time out. The skipper became the first Indian captain to score a double ton away from home in Test cricket in the process.

The 27-year-old added: "I made my debut here and it wasn't a memorable series for me. Coming back here and getting a double-hundred gives me a lot of satisfaction, purely because of the fact that I have missed a couple of big scores in the past.

"I know I have the ability to get big hundreds. This is my first double-hundred in first-class matches in general, so this is something I always wanted to do and I am feeling really grateful today that I was able to cross the mark."