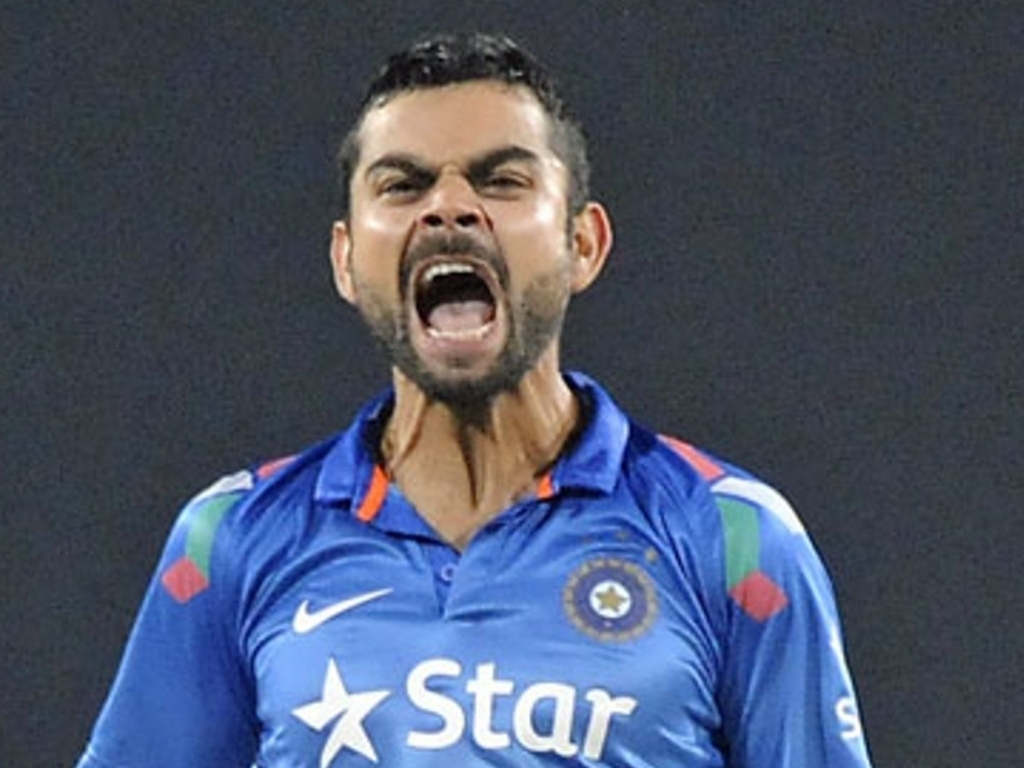 India's hard-hitting batsman Virat Kohli moved to second place in the ICC rankings for ODI batsmen following India's 5-0 victory over Sri Lanka in the series that finished in Ranchi on Sunday.

Meanwhile his team-mate Rohit Sharma vaulted to 15th, as the reigning World Cup champions continues their preparations for the World Cup in February.

Kohli completed a series-highest score of 139 not out in the fifth ODI on Sunday, having earlier scored 66, 53 and 49, while Sharma rose spectacularly by 18 places after his world-record breaking innings of 264 in Kolkata, in what was the 27-year-old's second ODI career double-century.

For Sri Lanka, Lahiru Thirimanne rose four places to 46th after scoring half-centuries in Kolkata and Ranchi (59 and 52 respectively).

Sri Lanka captain Angelo Mathews, meanwhile, surged to the top of the rankings for ODI all-rounders for the first time after accumulating 339 runs, including 139 not out and two half centuries (75 and 92 not out), to finish the series with an average of 113.00 with the bat.

In doing so, he also moved up four places to a career high 10th place in the batting rankings. The Colombo star also chipped in with four wickets, and he now holds a nine-point advantage, on 420 points, over Pakistan's Mohammad Hafeez in the all-rounder rankings.

In the rankings for ODI bowlers, Mathews moved up five places to 24th, while Ravichandran Ashwin climbed one place to 15th to be 21 points off a place in the top 10.

For the home side, the biggest movers in the bowling stakes were fast-medium bowler Umesh Yadav, who claimed 10 wickets to climb eight places to 40th, and slow left-arm spinner Akshar Patel, who moved 11 places to a career high 71st ranking after claiming 11 wickets in the five-match series.

Sri Lanka will next face England in the first of seven ODIs on 26 November, while India will next be seen in ODI action in a tri-series involving England and joint host Australia in January prior to the start of the World Cup.