Home Countries India Kohli: No point in trying to play for a draw

Kohli: No point in trying to play for a draw 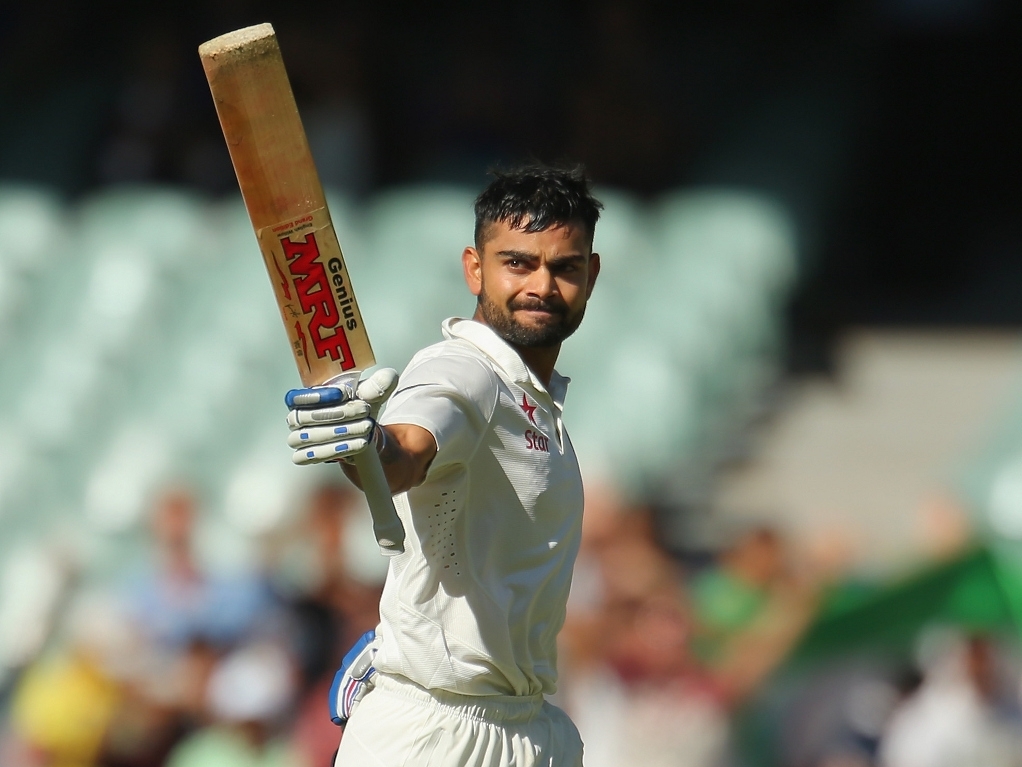 India stand-in captain, Virat Kohli says he has no regrets after India succumbed to a 48 run defeat to Australia in the first Test in Adelaide.

Australia, who declared on their overnight total of 290 for five, set India a target of 364 in 98 overs on the final day and the tourist's had one of two choices; either try an block out for the draw or, as they did, be brave and go for the win.

There was no doubt in Kohli's mind that that had been the correct approach to take as the team came together the previous evening to discuss the situation.

He said: "I'm pretty one-dimensional. That's all I know. So before going into the rooms, last night in the change rooms, I said, 'You know what's happened has happened, and no matter what target they give us, we're going for the win.'

"That's what I told everyone because I wanted everyone to come up and think of that, because that's the only way you can put teams under pressure when there's a target in front of you.

"There's no point trying to play for a draw because then suddenly they're bowling a different [attacking] line [and it's hard to survive]. You need to have the skills to go after whatever they bowl, whatever line they bowl."

Kohli, who was standing in for regular captain, MS Dhoni, who is injured, certainly led from the front with the bat in hand, scoring a splendid 141 off 175 balls – his second century of the game – to set up a thrilling chase.

The skipper though, had very little support, with Opener Murali Vijay the only other batsman to offer resistance with a well-played 99. Vijay and Kohli shared in a partnership of 185 for the 3rd wicket, which looked like it would set India up to push on for the win.

However, India lost their last eight wickets for less than 73 runs as off-spinner, Nathan Lyon took seven wickets to give Australia a dramatic and emotional win.

Kohli said: "If me and Vijay added about 40 [more] runs there, the game would have been different, but that's how Test cricket goes. But I wasn't thinking of a draw at any stage.

"I knew because the ball turning square if you look to just play the offie[Nathan Lyon], there's more chances of you getting out. So I took him on at whatever opportunity I got and kept him under pressure because didn't want to give him soft wickets.

"Even after Vijay got out I was still very confident in Jinks [Ajinkya Rahane] and Rohit [Sharma] both. If anyone stays with me, you know, we were going to achieve this target. Even when Karn [Sharma] came in after [Wriddhiman] Saha got out, I just told him to give me strike.

"Still I was confident I can do it if he just hangs around with me and I have no regrets with the way everyone played on the last day, including myself."

The Test was marred by a few unsavoury incidents between the players, from both sides, as the intense rivalry between the two teams appeared to boil over, but Kohli thought it was just the way the game was played in Australia.

He explained: "I mean if you have to play for your country, if you've been chosen to play here, you have to play with passion and commitment. And that's why I love playing against Australia. They play the same way I believe in. Put up a fight all the time."

The second Test, in the four-match series, starts in Brisbane on 17 December.