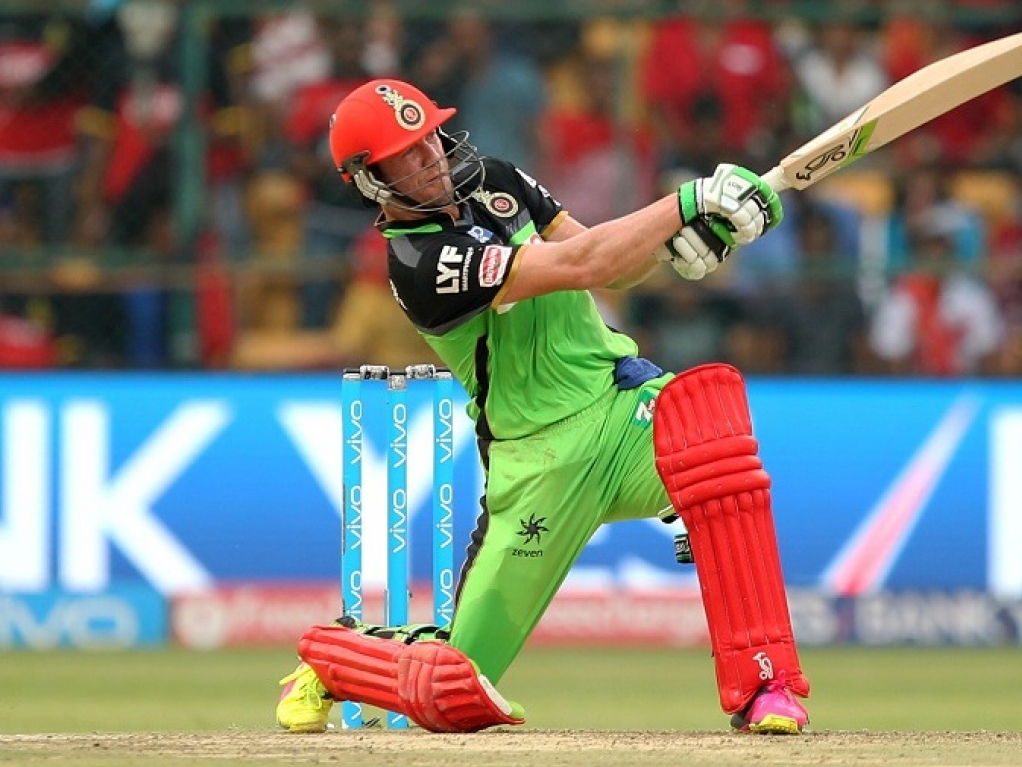 Speaking after the Royal Challengers Bangalore’s victory over the Gujarat Lions, Virat Kohli has praised the temperament of AB De Villiers, who hit a match-winning 79 off of just 47 balls to guide RCB into the IPL final.

The Bangalore-based team had slipped to 68 for 6 chasing 159 with De Villiers at the wicket with youngster Iqbal Abdulla.  The pair put on an unbroken stand of 91 to earn a four wicket victory and a place in the IPL final.

Speaking at the post-match presentation, Kohli said of De Villiers: "Come the big game, the big man stands up. I just bow down to him, that was probably one of the best knocks under pressure I've seen.

De Villiers smashed five sixes and five fours and remained cool under pressure. The wicket became easier to bat on after a light drizzle descended over the ground. Kohli said of the conditions and De Villiers' composure: "It did play a bit slow in the first half of the first innings.

"Second half it settled nicely. I wasn't too unhappy about the few showers in between, it settled the wicket. The ball didn't turn so much, it didn't stop in the end. But high pressure game it doesn't matter, you could be playing on a cement wicket. You need composure and that's what AB de Villiers is."

The RCB captain praised the efforts of Abdulla to stay with the dynamic South African batsman, adding: “Special credit to Iqbal as well, the way he got stuck with AB, that crucial partnership. That was wonderful composure to see from a young guy.”

With many claiming Kohli is the best batsman in the world right now, the man himself is in no doubt as to whom he thinks the best is, exclaiming: "That should end a lot of debates as to who is the best going around. No question about it.”

The Gujarat Lions will now face the winners of the eliminator between Sunrisers Hyderabad and the Kolkata Knight Riders to determine who will face the Royal Challengers Bangalore in the IPL final.