Kohli rates Mohali innings as his best ever 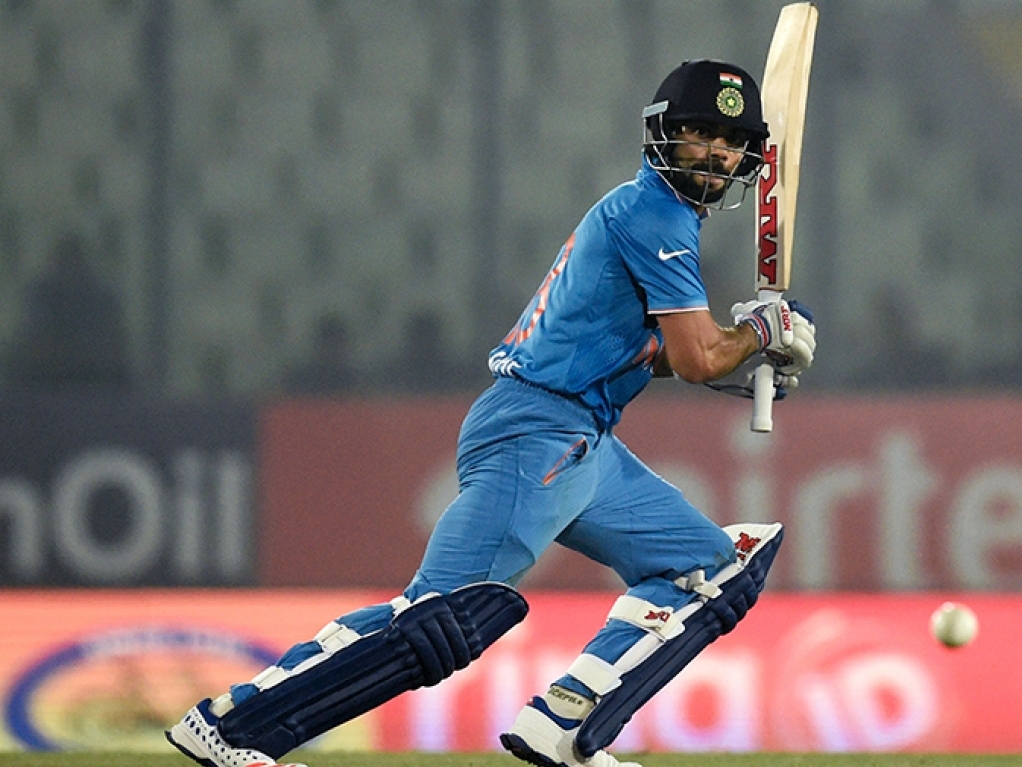 Batsman Virat Kohli rated the match-winning innings he played on Sunday in Mohali against Australia, to put India into the World T20 semifinals, as the best in his career.

Kohli scored an unbeaten 82 from 51 balls to guide the hosts to their target of 161 with only four wickets down in the last over in a winner takes all group two clash after the Aussies posted a par total of 160 for six.

The 27-year-old Kohli is known for his ability to construct match-winning innings especially when his team is chasing a target and did it again in front of a capacity and expectant home crowd.

Kohli said at the post-match ceremony before collecting his Man of the Match award: "It certainly has to be in the top three.

"Probably the top right now, because I'm a bit emotional, so I would like to put this on top. Against Australia, a world-class side, literally a quarter-final for us, we had to go over the line.

"There's a lot riding on us in this World Cup, we are playing at home and the crowds want to see us and we just want to give them as much entertainment and fun as possible.

"I don't really know what to say right now, because I'm overwhelmed by the position we were in and then to take out the match.

"This is what you play cricket for. You need new challenges in every game, but trust me, you don't like these situations too much."

India will meet the West Indies in the last four with the game taking place in Mumbai on Thursday.