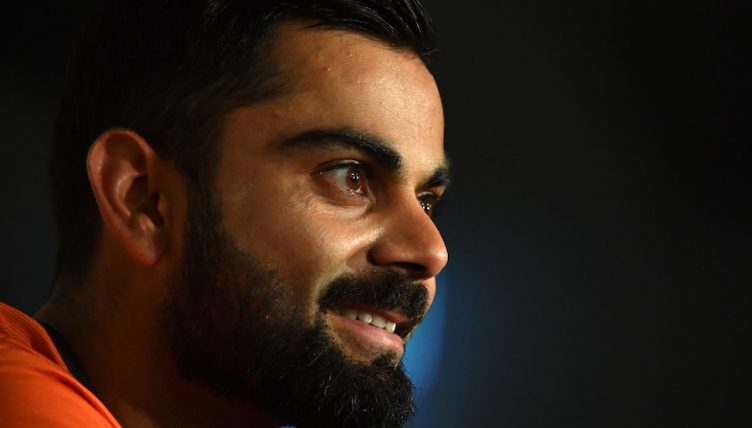 India captain Virat Kohli believes that India’s ability to handle the pressure of the upcoming World Cup will be more important than how they cope with the conditions.

Kohli spoke to the media a day before the team’s departure for England, with their first game of the tournament coming against South Africa on June 5th.

The 30-year-old believed he has a ‘very balanced’ and ‘very strong’ squad at his disposal, but emphasised that they key will be how they use their ability on the biggest stage of all.

“White-ball cricket, playing in England, playing an ICC tournament, the conditions are not that different or that difficult I would say, compared to Test cricket,” Kohli said in Mumbai.

“Pressure is the most important thing in the World Cup and not necessarily the conditions. From that point of view, it will be helpful. Secondly, all the bowlers that are in the squad, even during the IPL they were preparing themselves to be in the zone for 50-over cricket.

“And if you saw the guys bowling – no one looked tired or fatigued after bowling four overs. They were very fresh. The mindset or the ultimate goal is to be fit for the 50-over format and not let their fitness come down and that was communicated before the IPL started.

“We go into the World Cup feeling very balanced very strong as a side. You saw in the IPL as well, all the players that are in the squad were in great form and played really well.

“It is probably the most challenging World Cup of all the three that I have been part of because of the format and looking at the strength of the all the sides as well.

“If we live up to our skill sets and our standards that we set for ourselves, we’ll be on the right side of the result more often. That is going to be key. Every game you have to play to the best of your potential because it’s not a group stage anymore, it’s playing everyone once.

“The best thing is that we’ll have four tough games straight up and that will set the tone nicely for us. Everyone has to be at their best intensity from the first match onwards and we don’t have any room for complacency.”