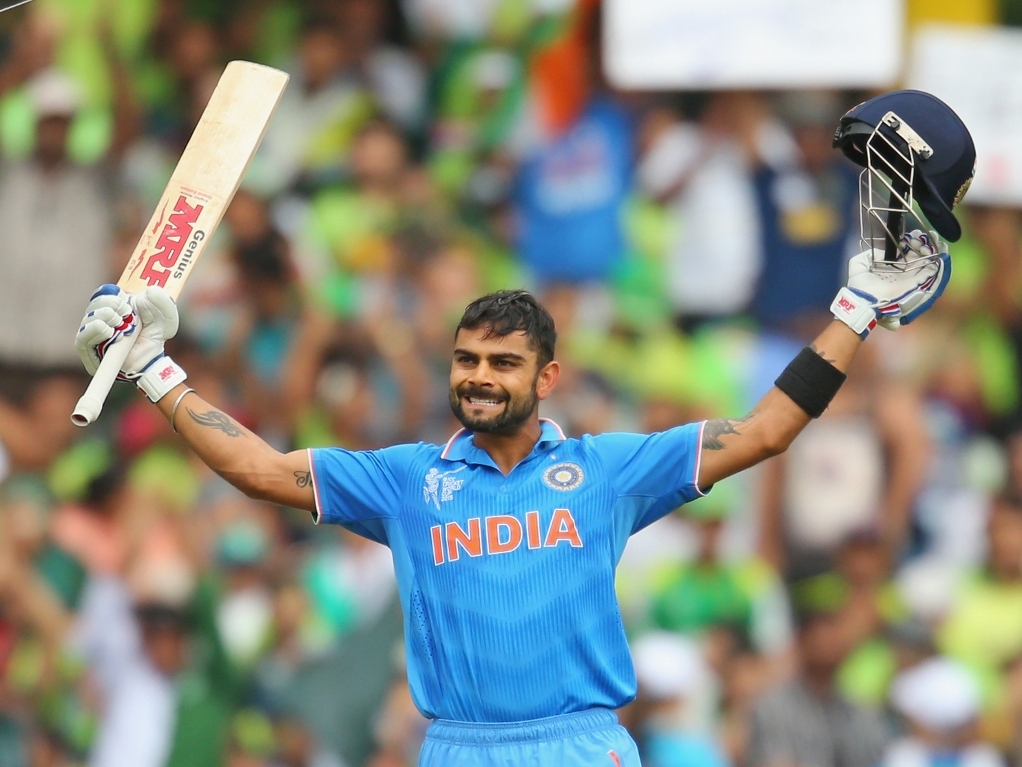 India beat Pakistan, by 76 runs, in one of the most anticipated cricket matches ever played at the World Cup, in front of almost 42 000 fans at the Adelaide Oval on Sunday.

An India-Pakistan clash is not for the faint-hearted, it is a match in which your big players have to stand up because of all the extra tension and intensity that the fixture brings. Former India batting great Sachin Tendulkar use to excel in games against their rivals, a game that is important, not just for cricketing reasons but political reasons as well.

India batsman Virat Kohli, probably the heir to Tendulkar's throne, certainly took the chance to underline his class, scoring a magnificent, fluent and composed 107, to set India on their way to a total of 300 for seven in their 50 overs.

Kohli had support from opener Shikhar Dhawan (73), and fellow middle-order batsman Suresh Raina (74). After the early loss of Rohit Sharma, Kohli and Dhawan combined to add 129 for the second wicket. The partnership was broken when Dhawan was run-out in the 30th over.

Suresh Raina then came in, and immediately he and Kohli looked untroubled at crease as the Pakistan bowlers had no answers to the right and left-handed pair. After Kohli brought up his century, he fell in the 45th over as India were on cause for a big score in excess of 300.

The Pakistan fight back in the field was lead by fast bowler Sohail Khan, who claimed career best figures of five for 55 in 10 overs.

In their turn to bat, Pakistan made a real hash of the run chase. After the loss of makeshift opener Younis Khan, Haris Sohail and Ajmal Shehzad put on 68 for second wicket, before Haris fell to the bowling of spinner Ravi Ashwin for 36.

Shehzad and captain Misbah-ul-Haq tried to consolidate, but the opener went for 46. Pakistan then collapsed to lose their next six wickets for 100 runs, including losing three wickets in 10 deliveries. Pakistan were now at a dismal 203 for eight.

Misbah was watching from the other end as the carnage was unfolding. He was eventually last man out for a brave knock of 76, as his team was bowled out for 224 after 47 overs.

The best bowler for India was seamer Mohammed Shami, who took four for 35 from nine overs.