Home Countries India Kohli: We never threw in the towel

Kohli: We never threw in the towel 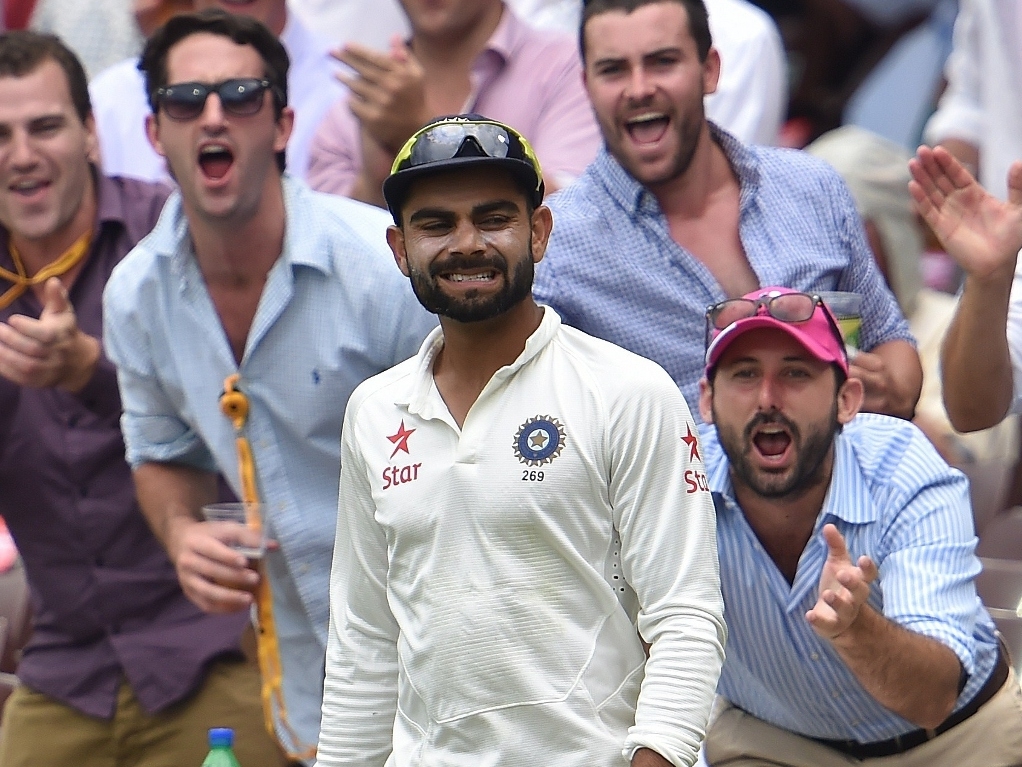 India captain Virat Kohli has chosen to look on the bright side after his side's Test series defeat against Australia, saying he was pleased with the way his players fought back in the fourth Test in Sydney.

Australia won the series two-nil, with the third and fourth games drawn, and Kohli, who had a great series with the bat, was happy to have pushed the Aussies to day five at the SCG after being in trouble a few times.

Kohli said: "Eventually they won the series, and we didn't, and that matters. What we did in the series is something exciting for us, something to look forward to in the future.

"It is always pleasing to see guys stepping up and going out there and competing in difficult situations in Test cricket. That's the pleasing part. Obviously the result hasn't gone our way, but we have certainly played the kind of cricket we wanted to.

"Honestly Australia have had to earn both the victories they have had. There was no throwing in the towel. They knew we were there all the time. The moment they get complacent, we are ready to cash in.

"That's the most important thing. As we get more composure, and improve in a few areas, you will see us cashing in and actually winning Test matches going to the fifth day."

Of the day five tactics, having been sent in to either chase 349 or defend their 10 wickets, Kohli said they had initially wanted to go for the runs, but then the asking rate got to high and they opted for safety and a draw.

He said: "The first intention was to go for the target. But I think we didn't get the kind of momentum we got in Adelaide because of the way Australia bowled in this innings.

"We couldn't keep up with the rate, and it dropped quite a bit. Eventually the asking rate went up to six-and-a-half. So it was a matter of not thinking too much and going for it and keep batting.

"When Vijay got a half-century, he began to play a few strokes. Then we started feeling it might be possible if we do have wickets in hand in the last hour.

"When Vijay got out after tea I thought that we will take five-six overs and then go after boundary balls and start pushing them, but when me and Ajinkya [Rahane] started running those runs and hitting boundaries we felt there was a sense of uncertainty there.

"So I thought of cashing in and tried to cash in but got out. There was a sense of hanging in throughout but it wasn't as clear as it was in Adelaide because of the way Australia bowled and credit to them for bowling the way they did throughout the innings."

The hot-tempered batsman also commented on the tension during the series, mostly between himself and various Australia players, saying he still had a good time and did not experience any sledging from the fans.

He added: "No they [spectators] haven't been disrespectful. Last time around I had a couple of incidents, but I think this time around I know they've booed me but they've liked the way the team has played. They like it when I go out there and I get a bit annoyed with the opposition.

"It's been enjoyable. To have a challenge of overcoming the whole Australian crowd and 11 Australian players who badly want to irritate me or get me out. It's been a challenge, but it's something that I've enjoyed and it's brought out the best from me.

"And certainly so far it's the best Test series I've had. I've really enjoyed myself and obviously the competition from the Australian team as well. There's a lot of things that went on during the series but eventually they all shook hands and we respect the way they played.