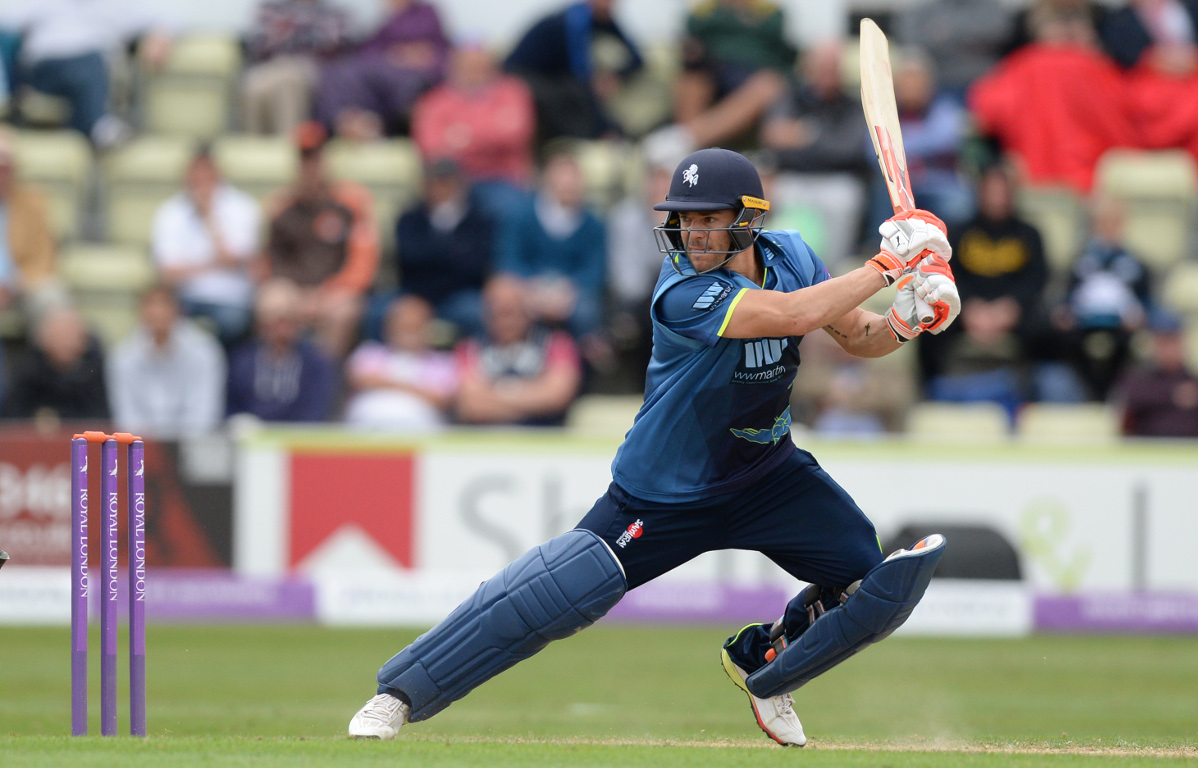 Ahead of the Royal London One Day Cup final Kent’s Kolpak run machine Heino Kuhn has said that he came to the club to challenge for trophies.

Kuhn is used to winning domestic trophies in South Africa with the all conquering Titans but abandoned his slim hopes of a Proteas recall to sign a two-year Kolpak deal with Kent earlier this year.

Since arriving Kuhn has struck a record four centuries in five RLODC matches notching 664 runs at an average of 94.85 so far for the Spitfires.

The former South African international said: “To get a century in a semi-final makes it one of the better ones. I’m very happy to have contributed to the team to get us through the semis and to Lord’s.

“We lost a couple of early wickets and that made it a bit tough for me to get going. But Rousey came in for Sam Billings and played a great knock.

“A lot of credit must go to him and then Blakey (Alex Blake) just knocked it around and played a phenomenal innings.

“I was heartbroken when I got out. It just my job to take us through and I was in tears but luckily the boys pulled it through.

“I said when I signed here that I wanted to win trophies and that is exactly what everyone in that dressing room is aiming for.

“We all feel the same and they play like they want to win trophies and this is one step closer and come Lord’s we will be up for every ball.

“I didn’t watch the end. I had my head in my hands but when I looked up the guys were all jumping up and lucky no-one fell off the balcony! It was just high fives and hugs and it was just ecstatic.”