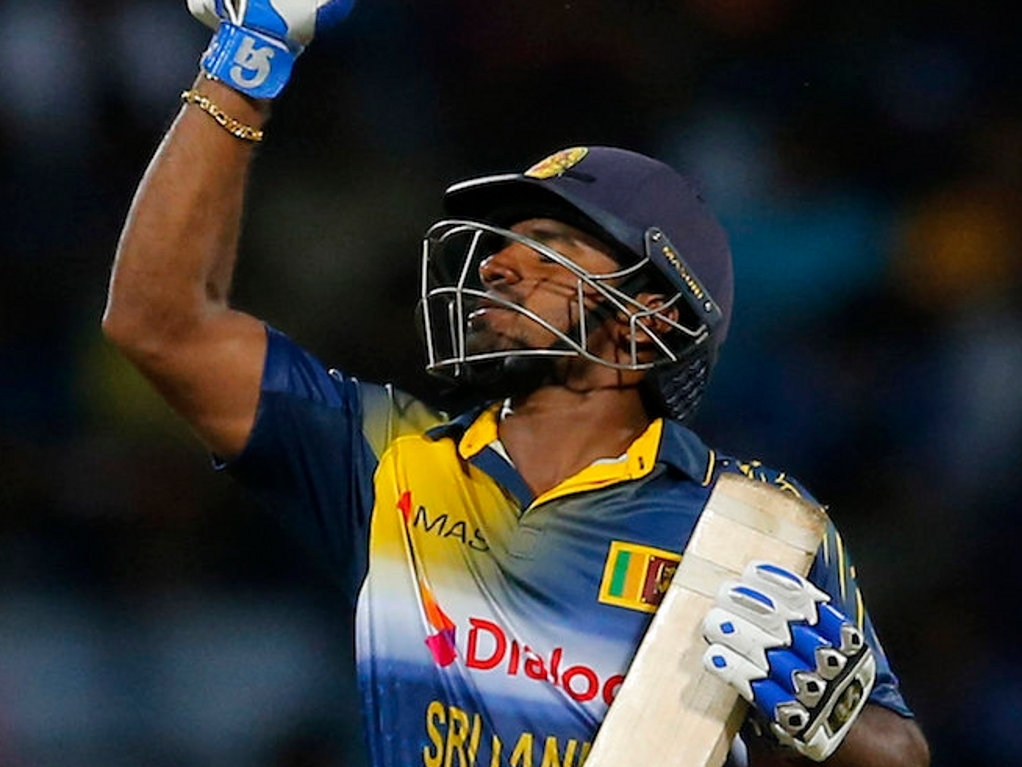 The ICC have announced that it has withdrawn disciplinary charges against Sri Lanka batsman Kusal Perera and lifted the provisional suspension previously imposed on him.

Perera is, therefore, now free to return to domestic and international cricket without restriction and with immediate effect. He had been suspended during an investigation into a seemingly failed drugs test.

The ICC has made the decision after the WADA-accredited laboratory in Qatar withdrew its original Adverse Analytical Finding following further investigations.

In November 2015, the WADA-accredited laboratory in Qatar reported to the ICC that urine samples collected out-of-competition from Sri Lankan international player Perera had tested positive for 19-Norandrostenedione, an anabolic steroid prohibited under WADA’s Prohibited List.

Pursuant to the ICC's WADA-compliant anti-doping code, the full laboratory documentation packages were reviewed by three members of the ICC’s Independent Review Board (comprising of world leaders in the medical, scientific and legal fields of anti-doping), each of whom independently confirmed that Perera had a case to answer.

Accordingly, on 7 December 2015, the ICC charged Perera with an anti-doping rule violation and, in accordance with the mandatory requirements of the code, provisionally suspended him until that charge was resolved.

Since that time, the ICC has worked with Perera’s lawyers as they have attempted to identify the source of the 19-Norandrostenedione found in the samples.

As part of those efforts, the ICC sought further information from the Qatar laboratory and granted various extensions of time to the player’s legal team to allow it to carry out additional analysis and investigation work.

In addition, the Qatar laboratory analysed the B samples provided by Perera in January 2016, and reported that that analysis confirmed the presence of the same substance in those samples.

In response, the ICC commissioned an independent expert to review all of the Qatar laboratory’s findings. Whilst the independent expert concluded that the Qatar laboratory had correctly identified 19-Norandrostenedione in the samples, that expert's view was that an adverse analytical finding by the laboratory was not sustainable, because, for various scientific and technical reasons, it could not be ruled out that the 19-Norandrostenedione was produced naturally in the player's body and/or formed in the samples after the player provided them.

These concerns were immediately presented by the ICC to the Qatar laboratory, which has confirmed that it has withdrawn the Adverse Analytical Finding and is instead reporting an Atypical Finding.

It has advised that no specific further investigation of the player's two samples is warranted, but has recommended the monitoring of the player's steroid profile moving forward.

As a result, the ICC has immediately withdrawn the disciplinary proceedings previously brought against Perera, and he is therefore free to train and compete domestically and internationally again without restriction with immediate effect.

ICC Chief Executive David Richardson said: "Cricket is proud of its compliance with the structures and systems required by WADA and takes comfort from the fact that samples are tested in accordance with WADA-approved standards and at WADA-accredited laboratories.

"However, the ICC is troubled in this case by the fact that the Qatar laboratory has issued an Adverse Analytical Finding that has then had to be withdrawn and replaced with an Atypical Finding.

"Whilst I am confident that this is an isolated incident in respect of tests commissioned by the ICC, we are seeking an urgent explanation from WADA and the laboratory in an attempt to understand what has transpired and what will be done to ensure it does not happen again.

"We will also immediately review our own internal processes to see whether there might be additional steps over and above those required by WADA that the ICC could put in place in order to give international cricketers further comfort."

He went on to say: "Had it not been for the diligence of Mr Perera’s legal team and the ICC’s own desire to uncover the explanation for the reported findings, the consequences could well have been different, and that should be of concern to all involved in the fight against doping.

"We regret what Mr Perera has had to endure, and would like to commend him for the manner in which he has conducted himself throughout this period.

"We wish to make it clear that there is no evidence that Mr Perera has ever used performance-enhancing substances and we wish him well in his future cricketing endeavours."