Home News Coetzer: We have made our case for more opportunities

Coetzer: We have made our case for more opportunities 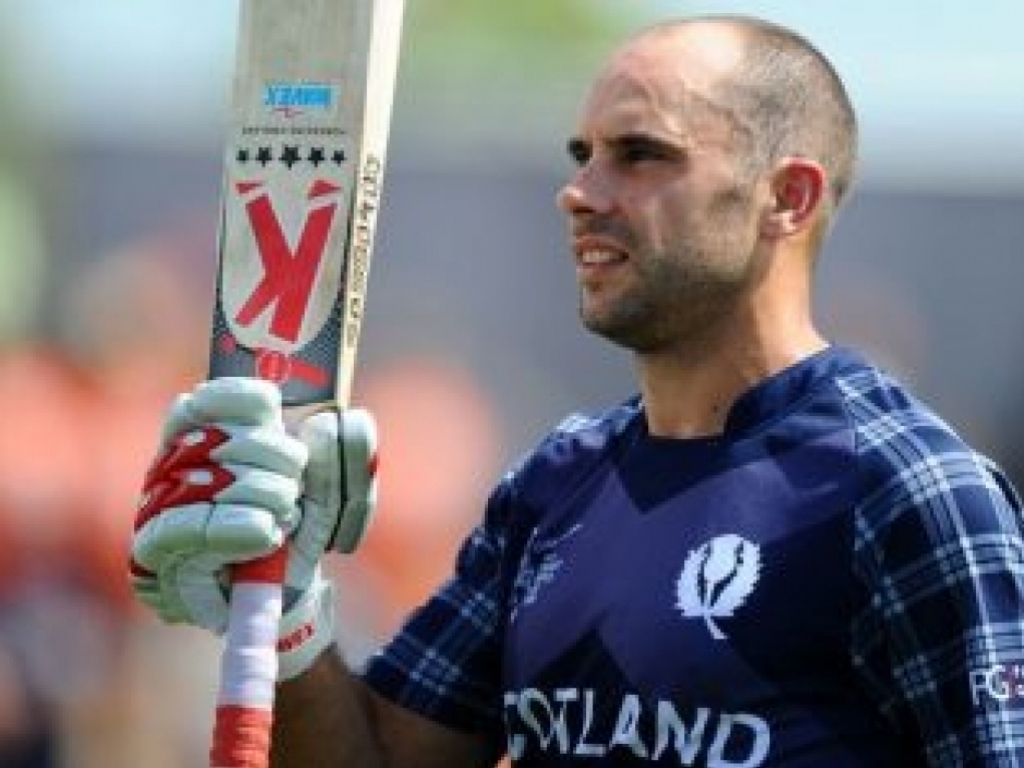 And so, midway through June, Scotland’s international summer is over.

Eight days of cricket – nine if you really want to stretch a point by counting the two-day-one-day match against Namibia twice – has brought Scotland two victories over Full Member opposition and two more points in the World Cricket League to go along with the customary weather-ruined Intercontinental Cup tie that has become as traditional a part of the Scottish summer as midges and smoky barbeques.

With no further fixtures in the offing until September, when Scotland head to Papua New Guinea for the penultimate round of the WCL, it will be a long break indeed for a side desperate to build on the history it has just made.

Zimbabwe’s clinical performance in the second match had put a dampener on Scottish hopes of following up their historic ODI victory with a series win but captain Kyle Coetzer was nevertheless able to reflect on a period which has represented a significant breakthrough for his side.

“I think you’d have to say that it [has been], yes,” he said. I think that if we’d been able to get that [second] win against Namibia we would have been happier as that result hurt us in terms of the World Cricket League but we’d have taken beating Sri Lanka and Zimbabwe at the start of the season.”

After the euphoria of Thursday, though, Coetzer was disappointed to see his side on the wrong end of a six-wicket defeat in the rematch.

REPORT: Zimbabwe hit back to draw series with Scotland

“I would say that Zimbabwe were able to make use of the conditions a little bit better than us today,” he said. “They reacted quickly when spin came into play and as [the innings] went along it started to turn even more.

“To be honest we were found wanting against spin and that’s not something I would often say because we play spin pretty well. Today, though, we got out at crucial moments.”

Zimbabwe captain Graeme Cremer claimed 5-29 as Scotland slipped from 135-3 to 169 all out.

“When it is turning we can’t just go in and start to block it because we are just not going to get enough runs,” said Coetzer.

“We have to find ways to score and we have guys with the skills to do that but we just didn’t pull those out of the bag today.

“At stages in the game we had Zimbabwe massively under pressure but in the end there was quite a big collapse and we just weren’t able to put the total on the board that we’d hoped for.”

But after claiming wins against both Zimbabwe and Sri Lanka, however, Coetzer is sure that his side has more than proved its readiness to be given more chances against top-class opposition.

“I think we’ve definitely put in a big case for it,” he said. “We’ve played some good cricket this summer.

“Our guys have put their hands up to win us games which is what we need when we go to that next level and I’m sure that if we do get those opportunities we won’t be far away at all.”

Coetzer identifies his side’s growing self-confidence as a key component of their success.

“Getting over that [victory] line has clearly been a bit of a hurdle in the past,” he said.

“But rather than thinking that if we play okay it’ll look alright we are going in there to win games, to push the opposition and put them under pressure.

“We want to be as aggressive as we can be and back our own game and that’s exactly what we have been doing.”

But with the next opportunity for them to do so fully three months away, however, the Scotland captain’s frustration is palpable.

“[With no cricket for a while] the backroom staff has to come into its own and figure out what the best plan of action from now until then will be,” said Coetzer.

“For us as players there is frustration. What are we going to do for the next however long? We want to be playing international cricket but we’ve played for eight days and then that’s our season effectively over.

“It’s a waste, we need forty days or something like that but we’re nowhere near it.

“By the time September or October comes around you don’t know what position you’re going to be in. You back yourself to be in decent form but you want it to be happening now.

“The guys are playing really well and it’s disappointing that we just have to wait.”

Understandably so. Those precious few summer days have brought perhaps the most significant results in the history of Scottish cricket. Just what might Scotland achieve if given more of them?