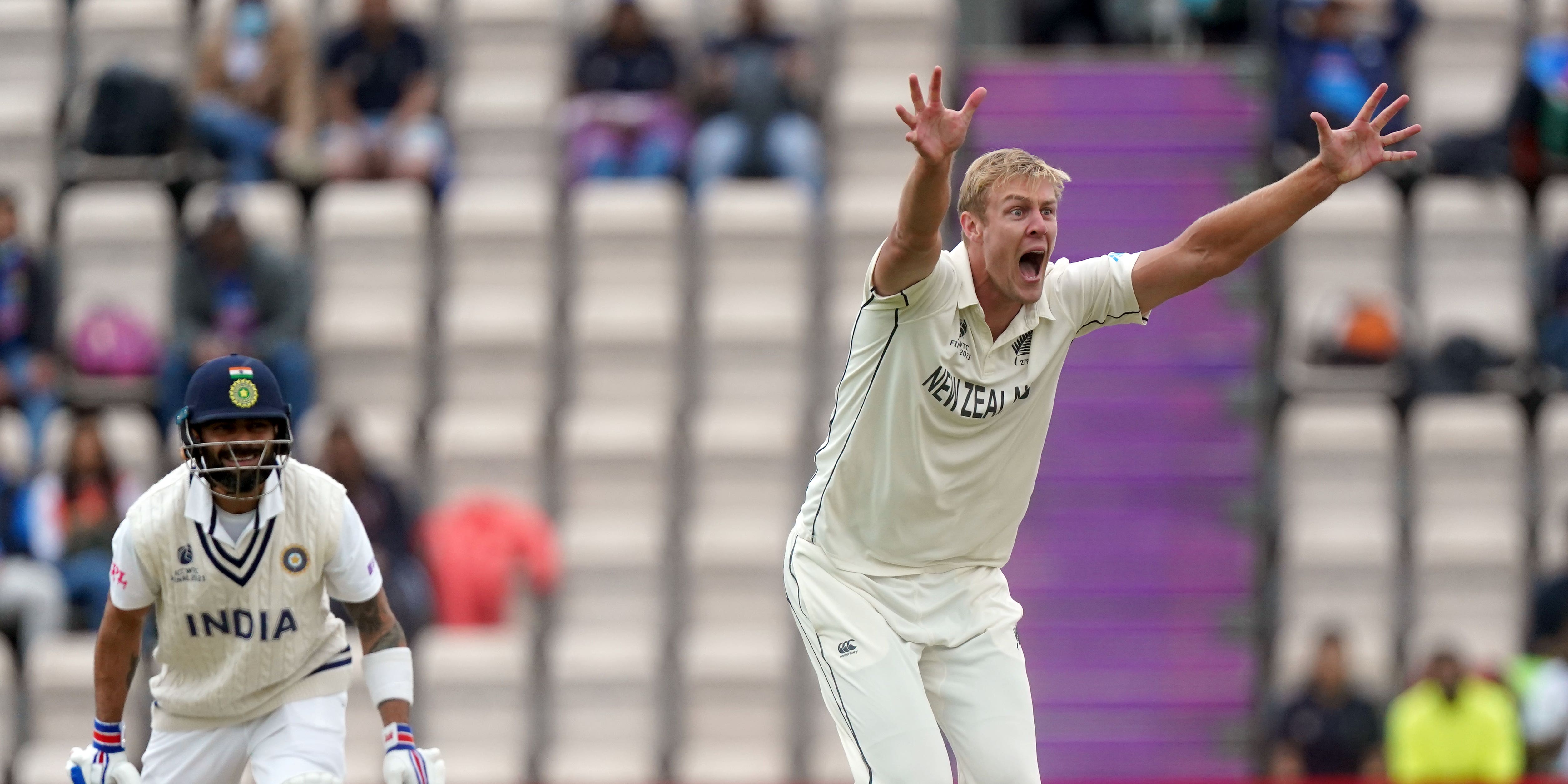 The 6fit 8in paceman finished with sensational figures of five for 31 in 22 overs as the Black Caps dismissed their rivals for 217 at the Ageas Bowl.

The longstanding gloomy conditions that had prevailed throughout that innings then began to brighten up, as Kiwi openers Devon Conway and Tom Latham responded by guiding their side to 36 without loss at tea.

Jamieson’s performance was exemplary, picking up where he left off after conceding just 14 runs from as many overs on Saturday, as well as taking out Rohit Sharma.

This time he started with an even bigger prize, staring down a highly-motivated Virat Kohli and pinning him lbw without adding to his overnight score of 44. After three-and-a-quarter hours of toil at the crease, and 132 balls, it was a surprise to see the India skipper not go through the gears but a last-second call for DRS could not help him.

Jamieson continued his relentless examination, aided by a swinging ball, with Rishabh Pant taking 20 balls to get off the mark only to lose his patience far too quickly and nick a booming drive to Latham.

India reached lunch at 211 for seven after Neil Wagner suckered Ajinkya Rahane into a desperate shot, plugging a bouncer straight to square leg, and Tim Southee had Ravichandran Ashwin lbw.

The break allowed Jamieson to recharge his batteries and he wrapped up his fifth five-for in just eight Test appearances when Ishant Sharma and Mohamed Shami succumbed to successive deliveries, the latter a hooping yorker.

Trent Boult finished it off with a seventh wicket of the day but India could not add to the tally in 21 overs before tea. Shami was their most dangerous bowler, thumping the bat of each Conway and Latham as he found some unpredictable bounce, only for both ricochets to clear the man at gully.