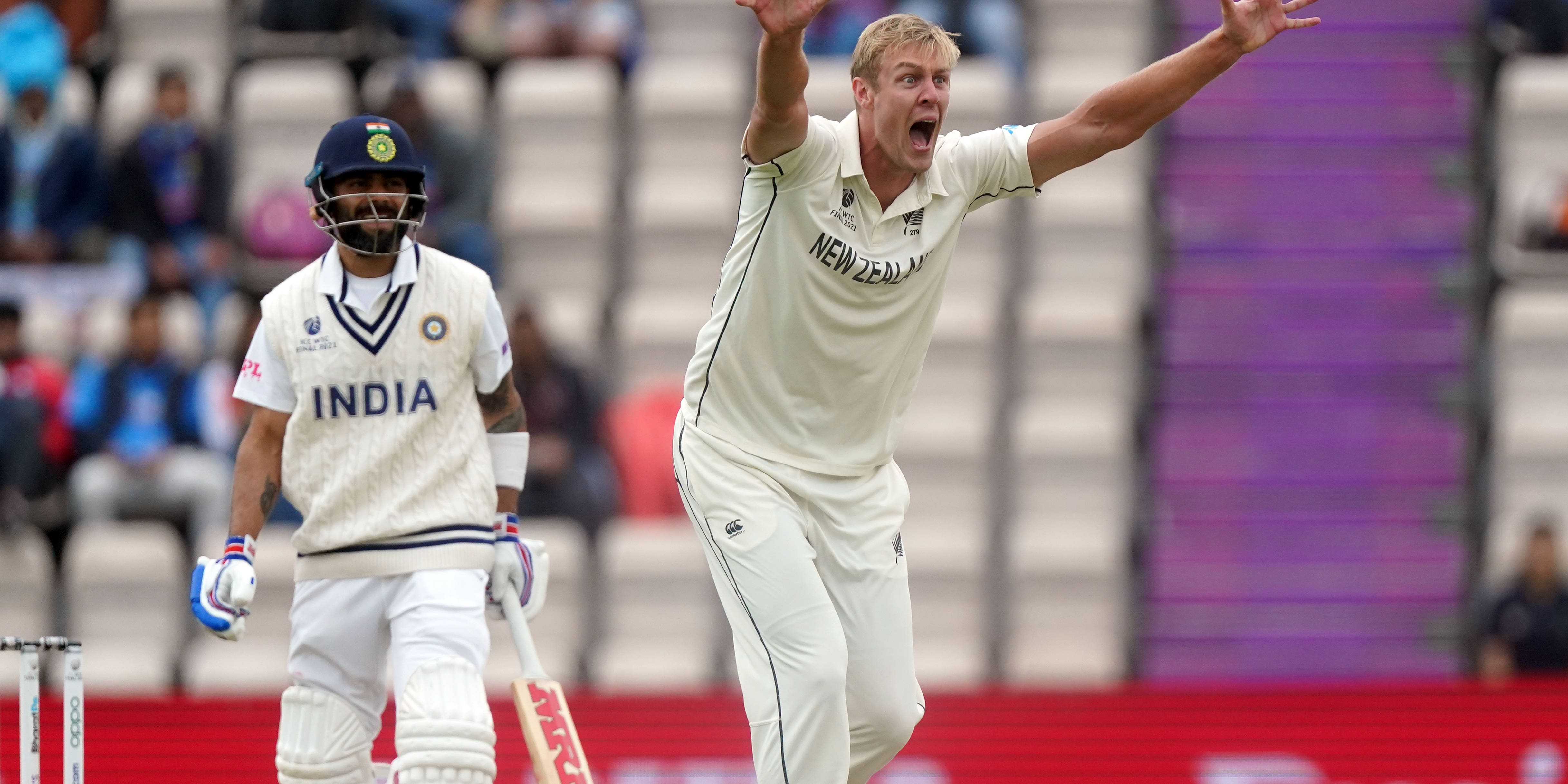 With a combination of rain and bad light limiting the sides to just 64.4 overs across the first two days, the occasion was in desperate need of acceleration and Jamieson was quick to put up his hand to force the issue.

He claimed the prize scalp of Virat Kohli, who failed to add to his overnight score of 44, and made short work of the dangerous Rishabh Pant during a relentlessly challenging early spell that left him with figures of three for 26.

This was no solo mission, though, with Neil Wagner suckering top-scorer Ajinkya Rahane into a miserable stroke one run short of the game’s first half-century and Tim Southee ending Ravichandran Ashwin’s resistance lbw.

All in all India added 65 runs for the loss of four batsmen, allowing the Black Caps to take lunch in good spirits.

Play began half-an-hour late due to a damp outfield and with thick, grey skies that put the batsmen back on notice after surviving equally tricky conditions on Saturday. It was all too inviting for Jamieson, who used his height and accuracy to probe away around off stump.

He got one through Kohli’s defence to win an lbw decision, with DRS only settling the case against the batsman.

Pant curbed his instincts long enough to need 20 balls to get off the mark but when Jamieson hung one outside off stump, the booming drive and the outside edge came out.

India struggled to relocate the calm approach that had served them so well on day two, Rahane slapping a telegraphed Wagner bouncer to short square-leg for an ugly end to a solid knock and Southee stopping Ashwin’s counter-attack with an lbw for 22.