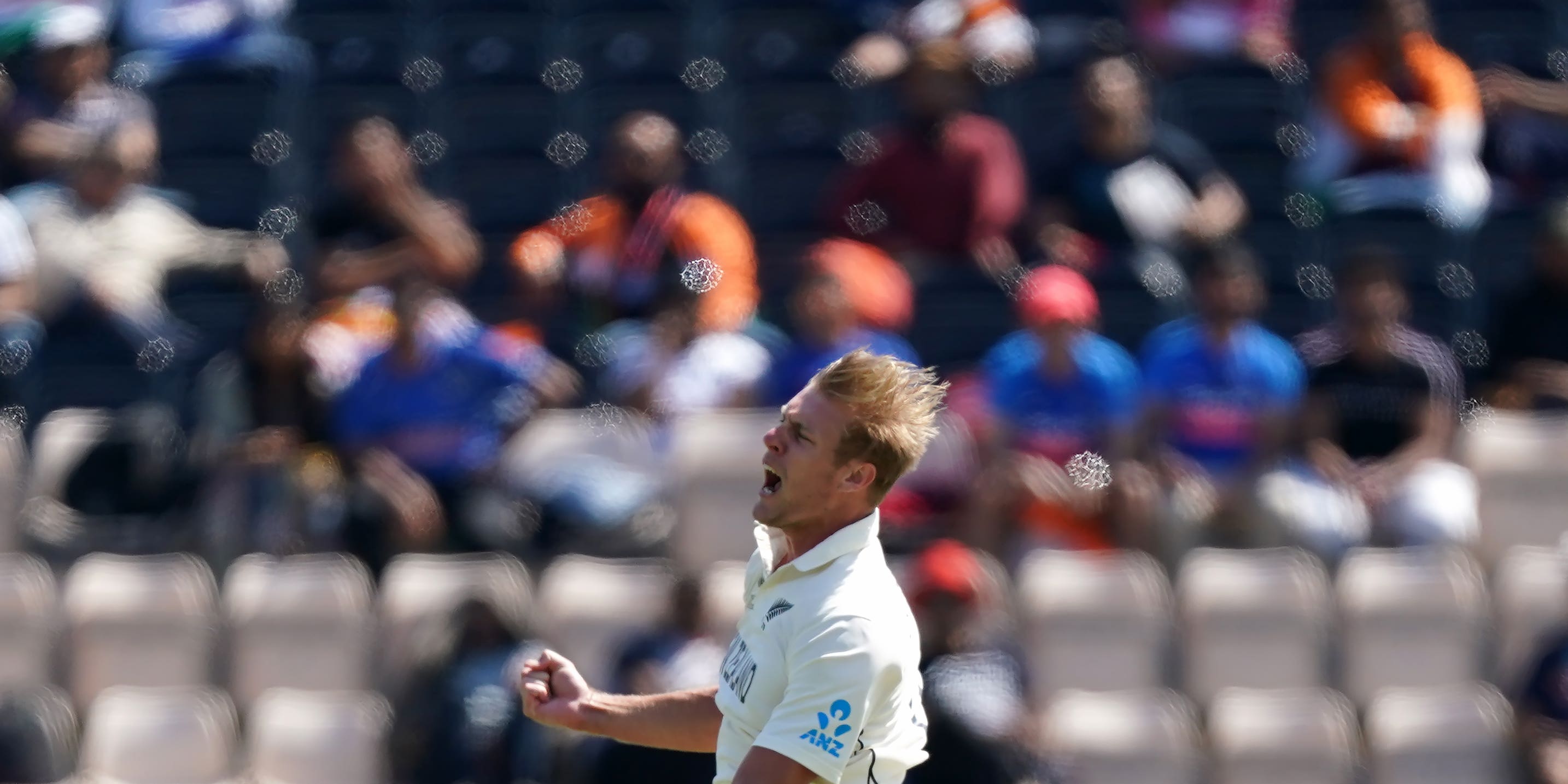 Kyle Jamieson produced a huge double strike as New Zealand made their move on the sixth and final day of the World Test Championship final against India.

The 6ft 8in seamer already had a superb five-wicket haul in the bag from the first innings and roared back to claim both overnight batsmen – skipper Virat Kohli and Cheteshwar Pujara – in a classy morning spell at the Ageas Bowl.

Play resumed on the reserve day with India on 64 for two, a slender lead of 32, and all results just about feasible. A draw, and a shared title, remained favourite at the start of play but it quickly became clear that the Black Caps were on the move.

There were precious few runs available early on and Kohli’s patience snapped in the sixth over, feeling for a lifting delivery that could have been left alone. The edge rolled into BJ Watling’s gloves and sent Kohli on his way for an unsatisfactory 13, falling to Jamieson for the second time in the game.

That increased the burden on Pujara, whose ability to soak up long periods of pressure looked to be an important trump card, but instead of carrying the baton, he dropped it. Jamieson was spot on once again, getting the ball to hold its line a fraction outside off stump and pinging to second slip via a healthy edge.

Jamieson should have had a third success of the spell when new man Rishabh Pant was similarly undone, but this time Tim Southee could not hang on. He had just five to his name when the chance went down, adding another 23 before lunch as he began the job of fighting back.

He was joined by Ravindra Jadeja after Ajinkya Rahane made a tame departure, flicking Trent Boult down the leg side for 15.