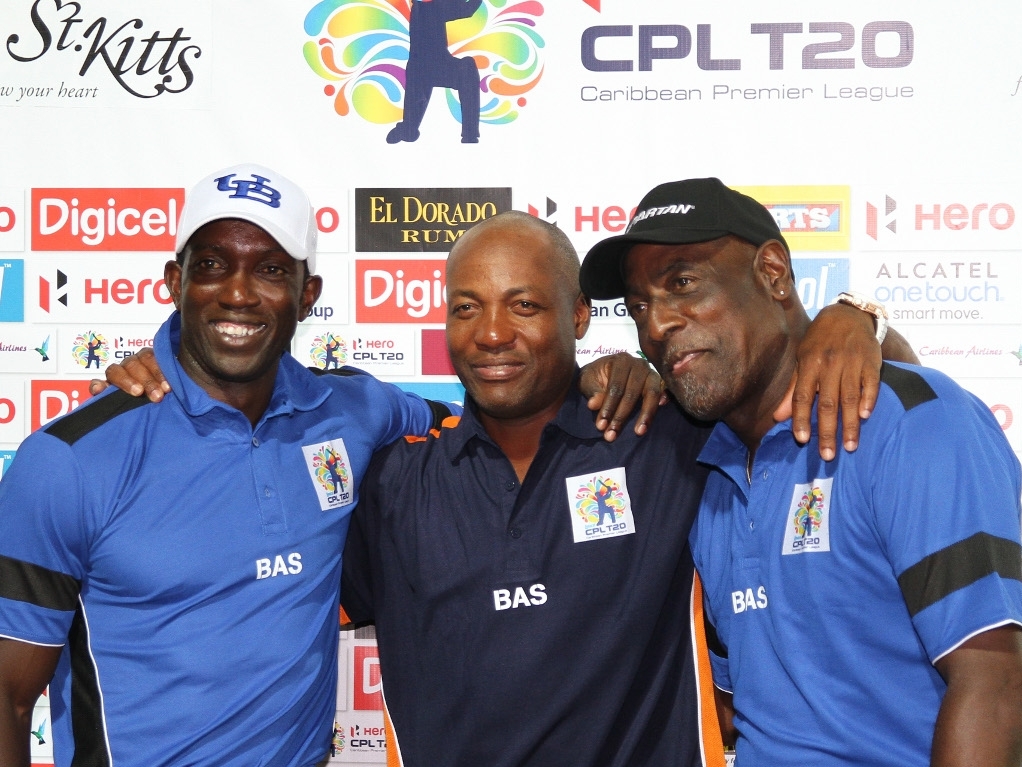 When one is offered five minutes to chat with West Indies legend Brian Lara, you take it immediately and say thank you, even if he's on a scratchy phone line from St Kitts.

The things that Cricket365 could have asked Lara were many and varied – but time was short. So rather than asking him to walk through every ball of his 501 not out versus Durham in 1994, or which of his 34 Test hundreds was his favourite, the opening gambit was about cricket in the West Indies now, and its immediate future.

Sports people like to look forward, it is what the PR folks tell them to do when they are media trained. So why are the West Indies fading? Is it a lack of talent or the cultural imperialism of sports from the USA?

Lara explains: "That is always something that they talk about. I have mixed views about that. Of course in the seventies or even earlier cricket was the game. If you were a youngster your parents wanted you to play cricket. We were the best team in the world and that is where they wanted you to go.

"Everything has evolved and I don't think anywhere in the world there is the same amount of cricketers playing. There are different distractions – American sports, soccer, athletics, there is the computer at home, a lot of kids are doing that.

"What is our problem really and truly is our infrastructure. What is the West Indies cricket board done over the years for whoever wants to play cricket? We have to try and get those kids playing cricket the best way possible. And I think that is where we have let down the public and the people."

The slide in on-field standards for West Indies cricket is nothing new, with Lara himself saying that the decline started while he was in the side. The issue isn't the standard of players that the West Indies have available, rather the system that supports them.

He says: "Even before I left the game we were on a slide. It started in 1995 and I don't we have recovered some 20 years later. I don't think it is anything to do with talent.

"I still believe today that the West Indies produces the best young talent in the world. But there is a gap, that talent – you need to take it and bring it to a competitive level, an international level.

"You look at guys like Darren Bravo and some of the young players around the Caribbean and you can just see that something is missing. I think it is something that maybe the West Indies cricket board should look into.

"It is not hard, the Australians, the English, the Indians, they are all doing their homework. We don't seem to be doing those things, not as aggressively as the other countries are doing it."

What success the West Indies have had in the last decade has come in the shortest form of the game, players from the West Indies are the most valued commodities in T20 cricket worldwide.

"There is a simple reason for that," Lara says. "The shorter version the guys are playing better. The attrition level isn't tested.  T20 level and maybe in the 50 over game, but when it comes to the Test matches you have got to be out there for five days you can see very easily how we get into that mode where we can't win.

"I think that is down to attrition level, concentration, not just physical but mentally as well. I think we can work on that and we can be a much better team."

The big story in West Indies cricket in recent months has been the omission of Shiv Chanderpaul from the Test side. Lara says he is saddened with the way it was handled.

He says of his old friend: "I was a bit disappointed with that because I believe after 21 years anyone that has served their country for that long, over 160 Test matches, I don't know how many One Day Internationals, should have been given a proper send off.

"I remember when it happened to me back in 2007, that is one of the highlights of my career. Being able to raise my bat or take my cap off to an appreciative crowd. Unfortunately he wasn't given that opportunity but that is how we do things in the West Indies."

Lara’s next move is to run a Masterclass for aspiring cricketers in Trinidad that coincides with the latter stages of the Caribbean Premier League at the end of July. Lara is excited by the idea of giving something back to youngsters in his home town.

He adds: "I have done a masterclass with Sky, I have done documentaries with BBC and ITV and these things are very well received in England and abroad. I don't know how much the youngsters in the Caribbean gain from such things.

Brain Lara is a brand ambassador for the Hero Caribbean Premier League. The Biggest Party in Sport runs from 20th June to 26th July.