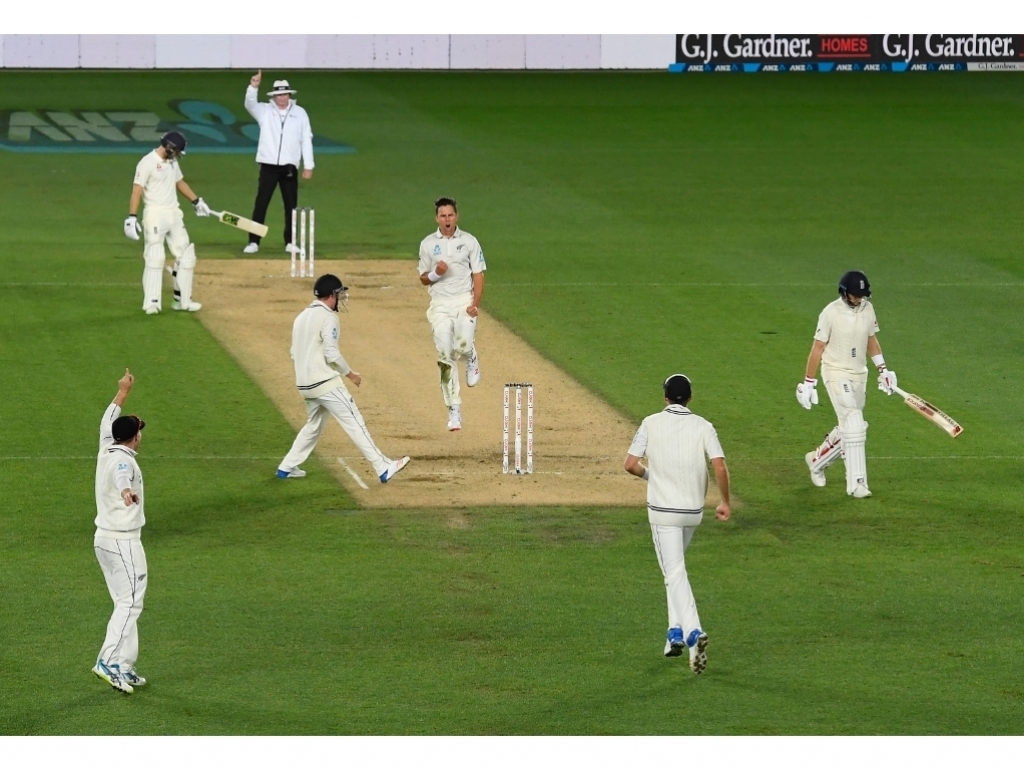 New Zealand established a position of dominance yet again on day four against England after rain had marred the two preceding days.

An unbeaten 145 from Henry Nicholls propelled the Black Caps to a first innings total of 427 for 8 and a lead of 369.

Nicholls shared partnerships with each of the lower order the largest of which came for the eighth wicket when he added 72 runs with Tim Southee (25).

Colin de Grandhomme had chipped in with a swift 29 after the departure of Nicholl’s overnight partner BJ Watling.

Stuart Broad was the pick of the England bowlers claiming figures of 3 for 78 in the stop start New Zealand effort. 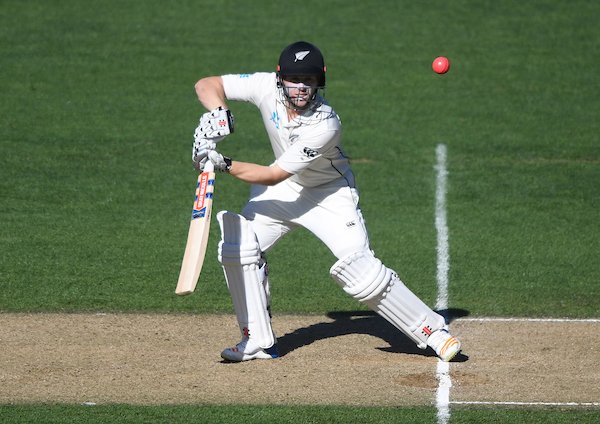 New Zealand declared on 427 giving themselves 47 overs on day four to make inroads into the England top order.

England recovered well from the early loss of Alastair Cook to that man Trent Boult and looked to have some steel about them when Joe Root joined Mark Stoneman for an 88 run second wicket stand.

But as the night drew on Neil Wagner induced a false stroke from Stoneman (55) and he was caught by Boult.

England looked to have steadied again but lost Root (51) off what ended up being the final ball of the day from Boult (2/24).

Still trailing by 237 runs England will need to find the resolve to bat out the final day while New Zealand will be desperate to close out the win with the tourists 132/3 at stumps.