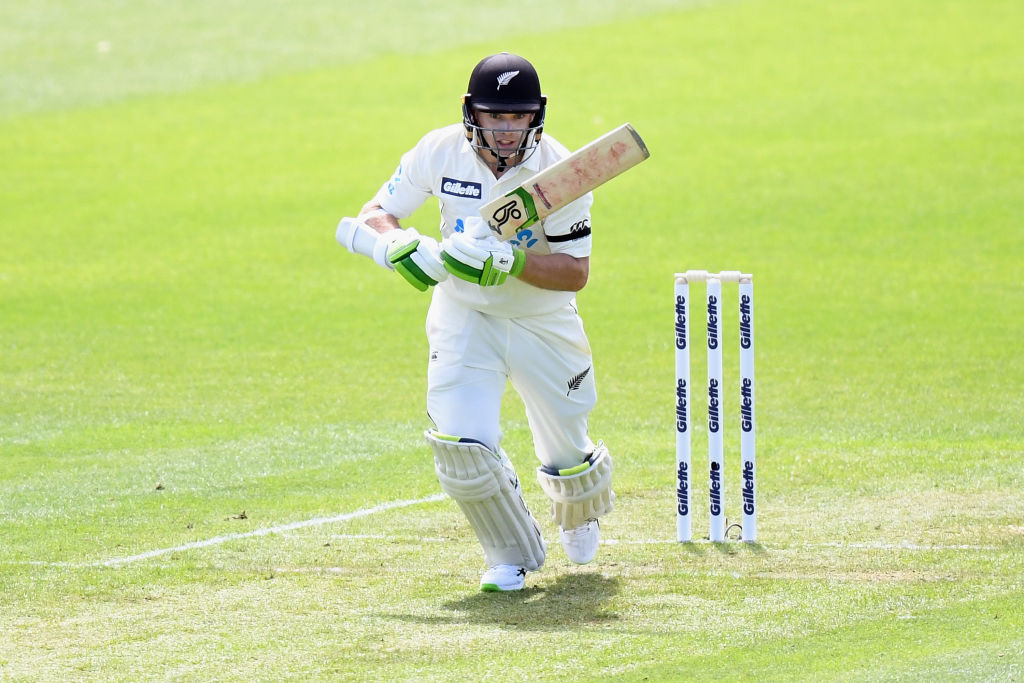 New Zealand opener Tom Latham says he enjoyed the challenge of batting on a green Seddon Park wicket on day one of the first Test against the West Indies.

Latham’s patient 86 helped New Zealand take charge of the match after being put in to bat on what was a sporting wicket.

The left-handed opener said the pitch got quicker as the day wore on but believes the West Indies bowled too short which allowed New Zealand to get on top.

Latham lost opening partner Will Young early but rebuilt the innings with a 154 run partnership with skipper Kane Williamson, who ended the day unbeaten on 97 as the Black Caps reached 243 for 2 at stumps.

“There was probably a little bit more grass on this Hamilton wicket than we have traditionally seen in the past,” Latham told Sky Sports NZ. “Probably had a little bit more pace as well than we are used to seeing here.

“I think initially it [the pitch] was probably a little bit slower. Sometimes when it’s a little bit softer, it tends to hold in the wicket a little bit more. But it did dry up a little bit and quickened up but I think West Indies bowled a little bit short, which allowed us to leave a lot of balls on length early on to get ourselves in.”

Latham was determined not to bring the slips into play by resisting the temptation to drive.

“The danger for me was driving the ball on the up and bring the slips into play. They obviously bowled well in periods and bowled a lot of dots to me and Kane but it was nice to try and overcome those periods and seek some little rewards after that.”