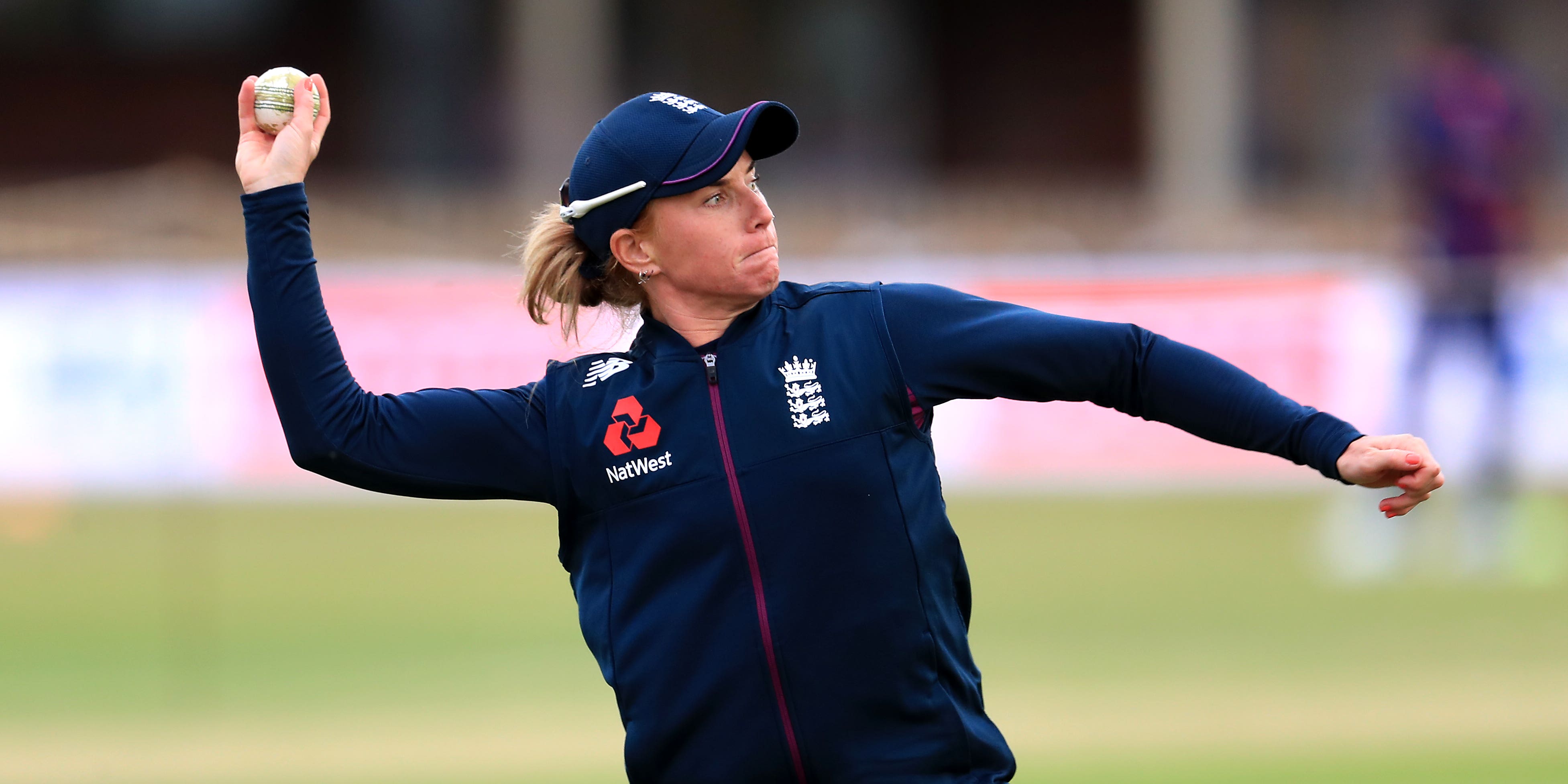 England may have had to settle for a draw in last week’s Test match against India but Lauren Winfield-Hill believes their dominant performance may have “opened a few wounds” ahead of the one-day series.

The tourists held on to share the spoils after following on in the four-day match, but there was no doubt about which side had the best of things in Bristol.

Seventeen-year-old Shefali Verma starred in both innings to keep her side afloat in the match, but middle-order mainstays Mithali Raj and Harmanpreet Kaur were dismissed four times for a combined total of just 18 runs.

With both sides returning to the County Ground on Sunday for the first of three ODIs, Winfield-Hill is hoping for more of the same.

“It was nice to potentially open a few wounds on some of their middle-order players that didn’t get away,” she said.

“It’s nice for us to have thrown those punches early on a few of their players. They also had some players who had some good success against us, so we will go back to the drawing board and make sure we come hard at them.

“There’s certainly been some good battles already and I’m sure that will continue in the one-day and T20 series.”

Winfield-Hill opened the batting in the Test match, kick-starting the England effort with a lively 35 and two sixes. It is a role she has performed in 27 of her 43 ODI appearances, but she has not headed up the innings since October 2017.

Having previously shown a willingness to take up a variety of positions, the 30-year-old has made it clear she is happiest leading from the front.

“I sort of lost my way the last couple of years, trying to be a good team person, playing lots of roles but probably none of them particularly well. I wasn’t being true to myself. The last year or so I’ve gone back to what’s familiar and that’s opening the batting.

“If the opportunity arises it’s one I’d be massively excited for, because it’s what I want to do.”