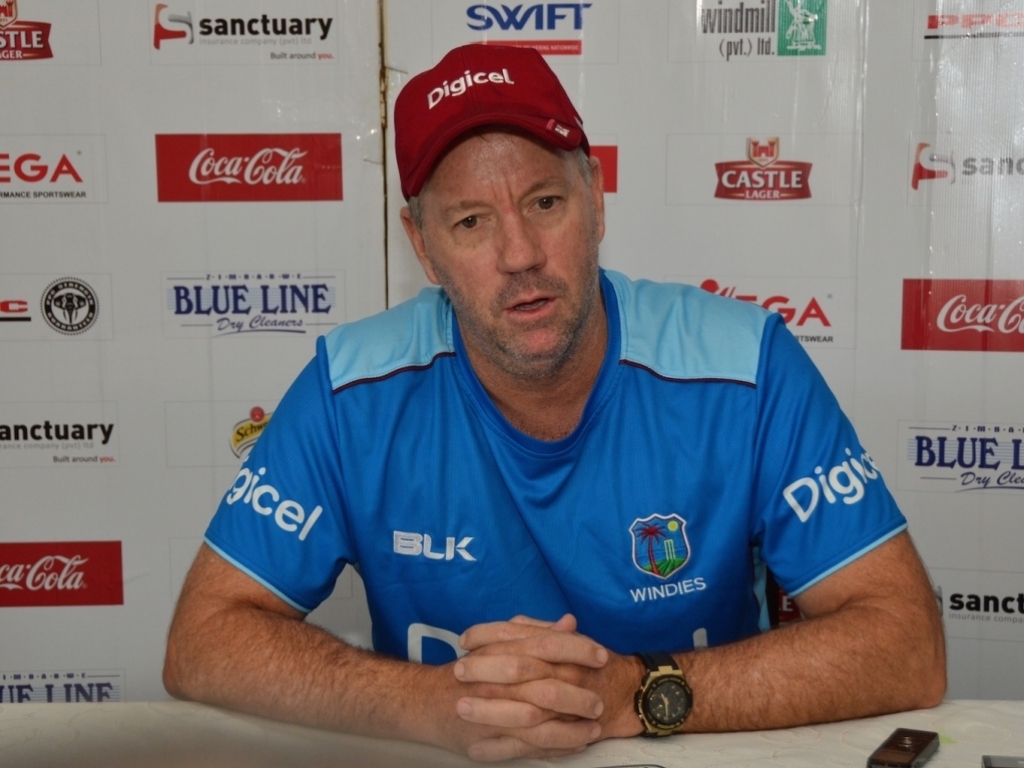 Coach Stuart Law has outlined his expectation and anticipation, as the West Indies head into a challenging World Cup Qualifier campaign.

The Windies worked through tough victories over Afghanistan and the United Arab Emirates in the warm-up matches – and will start their quest for a berth in the 2019 World Cup against the UAE on Tuesday.

Fixtures against Papua New Guinea, Ireland and the Netherlands will follow. All matches will be played in Harare, Zimbabwe.

“To be honest, the wickets in the warm-up matches weren’t as conducive as we want to play and so we will just have to come up with different ways to go about it.

“We do target 300-plus, as we found in New Zealand, that’s probably a benchmark score these days in ODIs. Here, we have to lower that target just to make sure we are safe to play better cricket or make better decisions out in the middle and get the job done.

“The strength of a lot of Associate teams is based around spin, and the quicks they have seem to be pretty reasonable as well. We can’t just go out and blast and dominate against these attacks. We have to be a little smarter to go about it.”

The Windies are captained by fast bowler Jason Holder – and also have talented left-arm seamer Sheldon Cottrell and leg-spinner Devendra Bishoo in the squad.

“Our bowlers have been consistently taking wickets up front and we have a good mix of off-spin, left-arm spin and leg-spin. I think it is a well-balanced attack that we take into each game,” added Law.

“Our quicks are a bit more capable of getting the ball up at high speed, which the Associates don’t probably get to see a lot, and this is something that we can use to our advantage. As the event will progress, the wickets will spin more and we have quality spinners as well.”