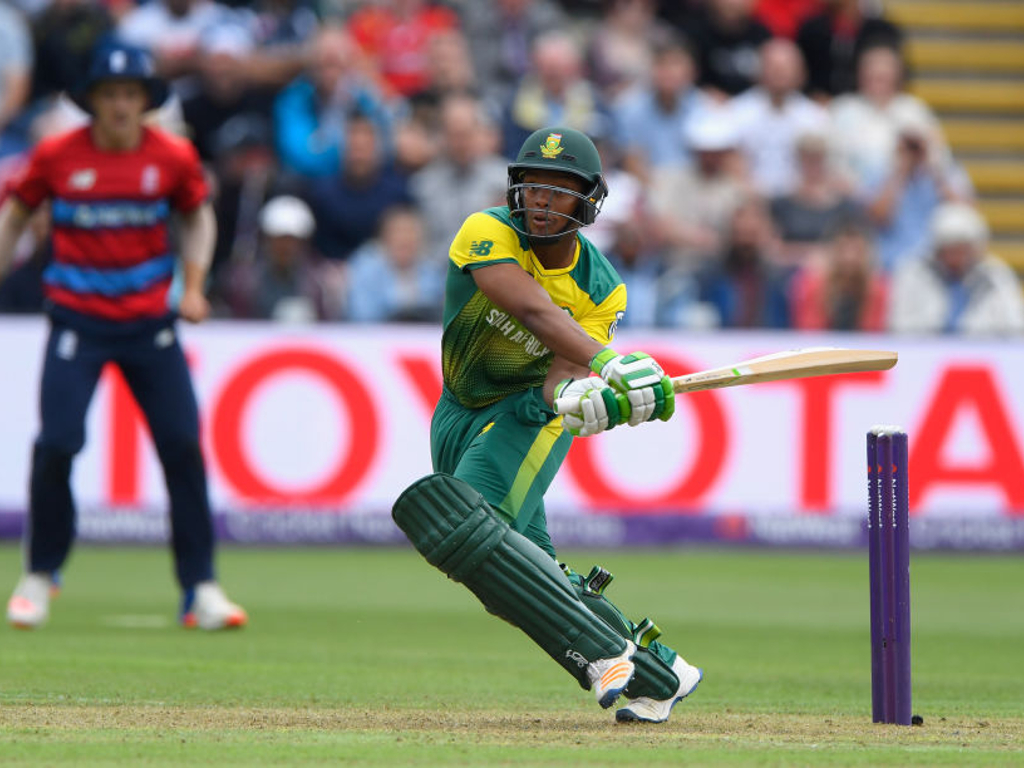 Having been touted for higher honours since his schooldays, Mangaliso Mosehle knows all about being a prodigy.

Often this pressure can be the undoing of a young cricketer, and for many years it seemed that Mosehle was not going to fulfil the vast potential he showed while representing South Africa U/19 for three years.

But now 26, Mosehle seems to have found his “zone” and is delivering more consistent performances that does his talents justice.

A call-up to the Proteas T20 squad at the beginning of the year, which resulted in an international debut against Sri Lanka, followed by a high-profile T20I series in England has been a significant boost to Mosehle’s career.

Realising that Gauteng required a bonus-point victory to advance to the semi-finals but that the 129-run target was not a huge mountain to climb, Mosehle paced his innings of 52 off 42 balls (4 fours, 2 sixes) perfectly.

“You can only improve as a cricketer in such a high-quality environment (the Proteas). There are lot of specialist coaches within the Proteas set-up that are at your disposal, so it’s up to you to take full advantage when you are with the national team. The last 10 months have undoubtedly helped my skills,” Mosehle said.

The Duduza-born cricketer has also not only worked on improving his technique at the crease and behind the stumps, but also on the psychological side of things. “I’ve spent a lot of time with a mental coach recently, working on a few things, how to deal with things, and that’s all helped my game and particularly my confidence too,” he explained.

Mosehle’s role since moving across the Jukskei River from SuperSport Park to the Bidvest Wanderers has also seen him play more of a senior role too. It is even more so in the Africa T20 Cup, where Mosehle leads the Gauteng side even though Highveld Lions captain Stephen Cook is part of the team.

The added responsibility has certainly been to Mosehle and Gauteng’s benefit with the Highveld side advancing to the Africa T20 knockout stages for the first time in three attempts.

“Responsibility is something I have wanted for a while. I think moving to the Lions; coach Geoff (Toyana) has seen that and involved me in the decision-making. That has allowed me to take ownership as a senior player.

“I think I’ve tried to bring a certain amount of energy to the team, which hopefully the younger players can feed off. It has definitely taken me out of my comfort zone and it is going to be an exciting journey,” he said.