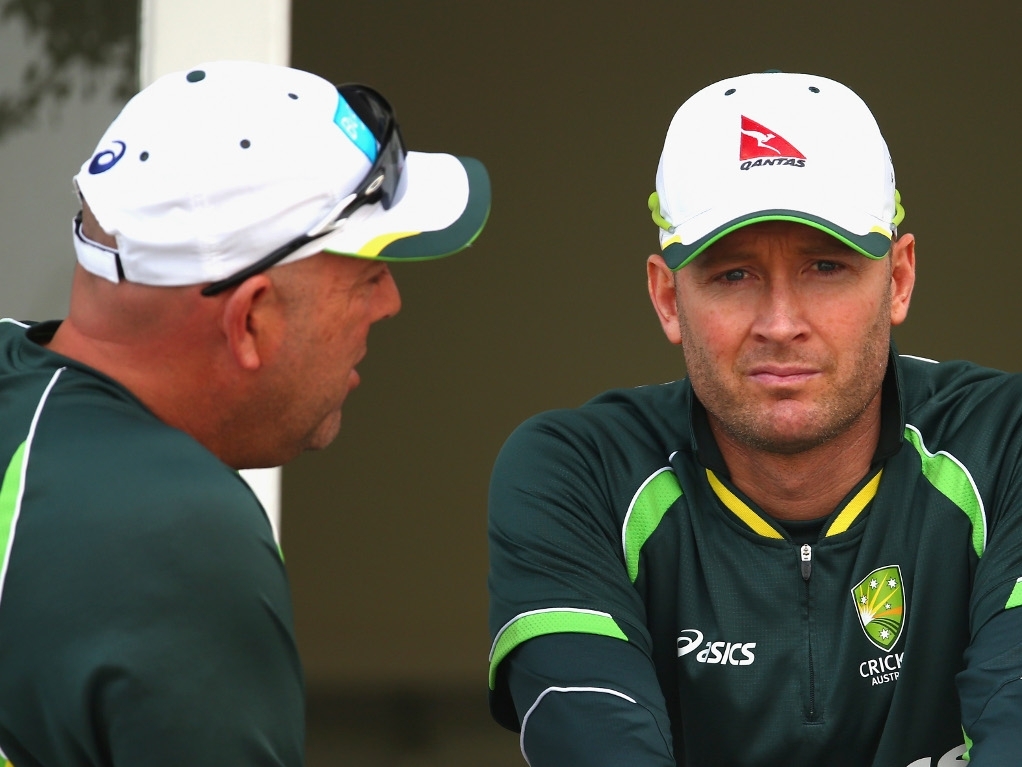 Australia coach Darren Lehmann has reacted with disappointment to quotes in the media by former Baggy Green players criticising Michael Clarke, who will retire from the international game after the fifth Ashes Test.

Clarke announced his retirement on the weekend, after losing the Ashes to England, and the likes of Matthew Hayden and Andrew Symonds were not as positive about the now former skipper as Lehmann would have liked.

Lehmann tweeted: "Disappointed in some stories regarding Pup. Let's celebrate and recognise him for the great player he is and let him enjoy his last Test."

'Boof' wasn't the only former player to call for some respect for Clarke, with former paceman Glenn McGrath imploring critics to look back on the man's career, and his stats, and give credit where it's due.

McGrath said on the CA website: "He's up there. When he was on song with those double hundreds and that 300 in Sydney, that was as good as it gets.

"He's always been highly regarded and he will be held that way. He's a good mate. He's done incredibly well, he still averages 50 with the bat which is exceptional.

"He's a very strong character, he runs his own race I guess you could say. It's sad to see him go but unfortunately time comes for all of us to hang the boots up."

Former spinner Shane Warne also said on the site: "I think we have to think back to all the wonderful things Michael has done.

"It hasn't worked out this series but just think back to the last two years; beating South Africa, 5-0 (against England) in Australia, winning the World Cup.

"And a lot of the players, the Steve Smiths, the Mitchell Johnson, the David Warners and company who we've all loved watching have all come under Michael’s leadership.

"He’s helped them, he’s taught them, and hopefully they'll go and carry on the same way he liked to play.