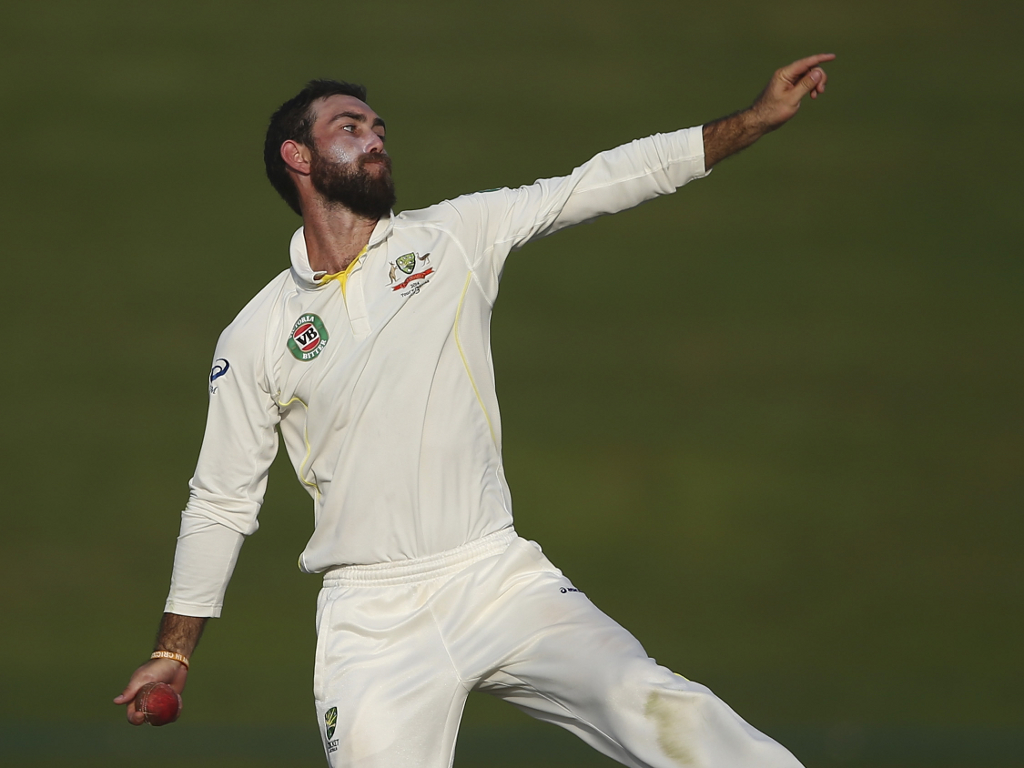 Australian coach Darren Lehmann has no qualms with skipper Steve Smith’s decision to only bowl Glenn Maxwell for four overs out of 210.

The total number of overs was the most an Aussie side has bowled since 1975 and yet all but four overs were taken by the four-prong attack of Josh Hazlewood, Pat Cummins, Stephen O’Keefe and Nathan Lyon.

This strategy has received criticism from former captain Michael Clarke as Australia failed to claim a wicket until after tea on a punishing day four for the visitors as Cheteshwar Pujara and Wriddhiman Saha compiled a record seventh-wicket partnership of 199 to frustrate Smith’s men.

“If India continue like this, (Smith) is not going to have a choice,” Clarke said on Star Sports prior to the off-spinner’s
second short spell at the crease.

“On good batting wickets, if you keep doing the same things then you’re going to keep getting the same results.”

Both Josh Hazlewood and Pat Cummins achieved personal bests in terms of most overs bowled and only have five days’ rest before the fourth test in Dharamsala while left-arm spinner Steve O’Keefe sent down a mammoth 77 overs, the second highest amount in Australian history.

Despite this, the Baggy Greens’ coach backed his captain’s decision, saying:

“We did speak about it, chopping and changing (the bowlers) a little bit.

“The game was always on a knife’s edge so you always want your best spinners going.

“And we chopped and changed a little bit (but Maxwell) probably could have bowled a few more overs.

“But I thought the spinners toiled really hard as well so that’s a call the captain makes out there and (we’re) happy with that.”

India and Australia played out a draw as the Aussie batsmen dug in on the final day depsite two wickets falling in the morning session.