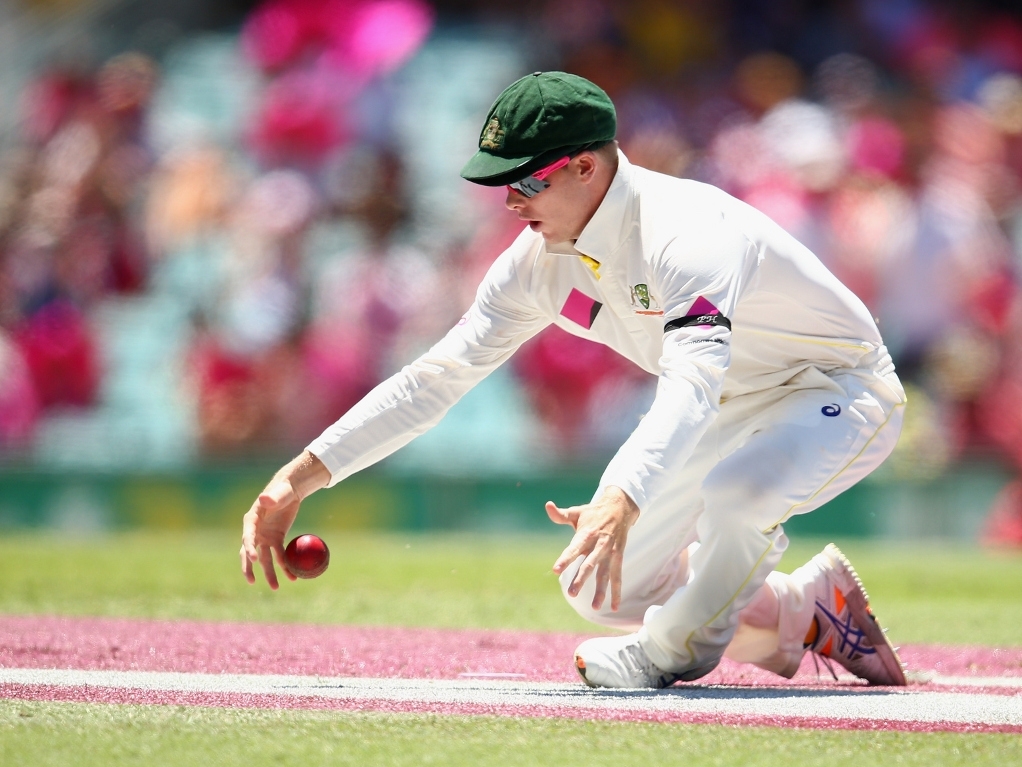 Australia coach Darren Lehamnn was disappointed with his side's efforts in the field on the third day of the fourth and final Test against India and the Sydney Cricket Ground.

Australia captain Steve Smith dropped two vital catches as India reached stumps on 342 for five and are still 230 runs behind with two days of the Test still remaining.

Smith dropped opener Lokesh Rahul on 46 and, later on in the day, also put down opposing captain Virat Kohli, who had 59. The chances were important as both players went on to score centuries, and put on a stand of 141 for the third wicket.

Lehmann said jokingly: "It was good overall but it was only the captain today wasn't it?

"But yes it was disappointing to not take those chances. They are tough chances, but you still have to take those on a wicket like this where we needed to speed the game up today. There is still a lot of time in this game."

Lehmann could not put his finger on why his Australian team's standards in the field have dropped. The third Test match of the series, at the MCG, was also littered with dropped chances by home side.

The coach said: "We fielded pretty well last summer. It's been two odd Test matches to be honest, because we fielded quite well in the first two."

Looking forward to the last two days of the Test, Lehmann said his will have to create more chances on a pretty good batting wicket, and pounce on those chances when they come.

He said: "Now we have to create more chances to get 20 wickets and that's not what you need on such kind of wickets. We've got to make sure we take those chances and we haven't.

"It's a good wicket. I think it'll break up and spin and go up and down until the end of the game. But that depends on how the game moves ahead. We will probably have to be pretty aggressive to set something up, but only time will tell."