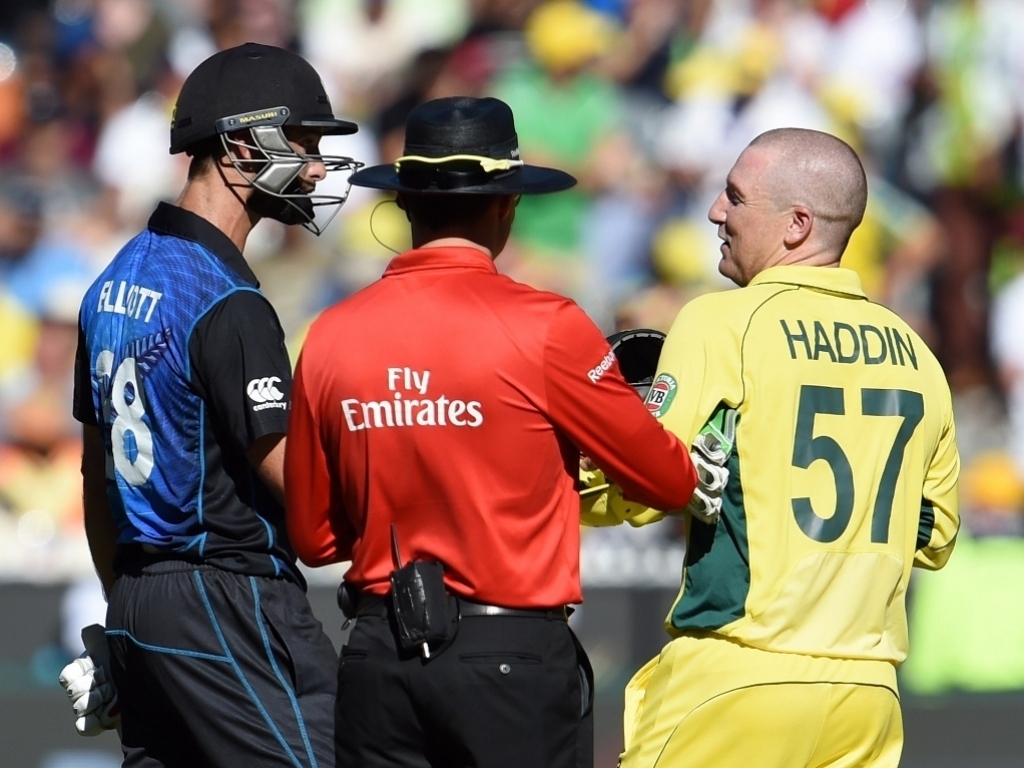 Australia coach Darren Lehmann feels the criticism of Brad Haddin's behaviour during the World Cup final against New Zealand is out of proportion, and that the wicketkeeper did nothing wrong in acting aggressively.

Haddin has been under fire for being overly aggressive against the Black Caps, seemingly out of the mood of the game, but Lehmann says it was part of the plan to go hard at the Black Caps, and it resulted in the title.

Lehman said on radio station 5AA: "He's copped a bit, hasn't he?. We like to play our game, no-one got reported out of the game, so we must have played it fair.

"It was a little bit disappointing, but people are entitled to their opinions and you're going to have good and bad times. You accept that and you move on.

"We're happy with the way we played obviously. We knew we wanted to be really aggressive against them, and look, sometimes it works, sometimes it doesn't.

"You're supposed to enjoy it, enjoy it in the right way and look after yourself and look after everyone else, that's the main thing. Everyone's entitled to their opinions."

The Black Caps were under the cosh from the start when skipper Brendon McCullum was bowled by Mitchell Starc for a duck, and Lehmann was delighted by that, as well as James Faulkner's two wickets in one over that ended the recovery.

He added of McCullum's wicket: "You like it when a plan comes together don't you, especially so early in the game and it sets the tone.

"It was interesting once that happened they went into their shells a bit New Zealand, which was surprising, so allowed us to control the game.

"James Faulkner… when they just looked like they were getting into the game he came through with that spell in the Powerplay."

The attention now turns to the Ashes, with the squad already announced, and Lehmann is pleased that this time he'll have more time to prepare, unlike last time in England when he took over from Mickey Arthur a few weeks before the start.

He said: "The preparation [for the 2013 Ashes] wasn't quite there as I would have liked, I got thrown into it just before they all met up. We've got a lot more planning to do this time, which is nice, and I think we've got a great mix in that squad.

"We meet up in mid-May for the West Indies tour so looking forward to that. You move on pretty quickly, you enjoy what it is and what it was, a pretty special seven weeks in all our lives, the fifth time Australia won the World Cup, but you also have an eye to the future to work out what you've got to do to get moving again."