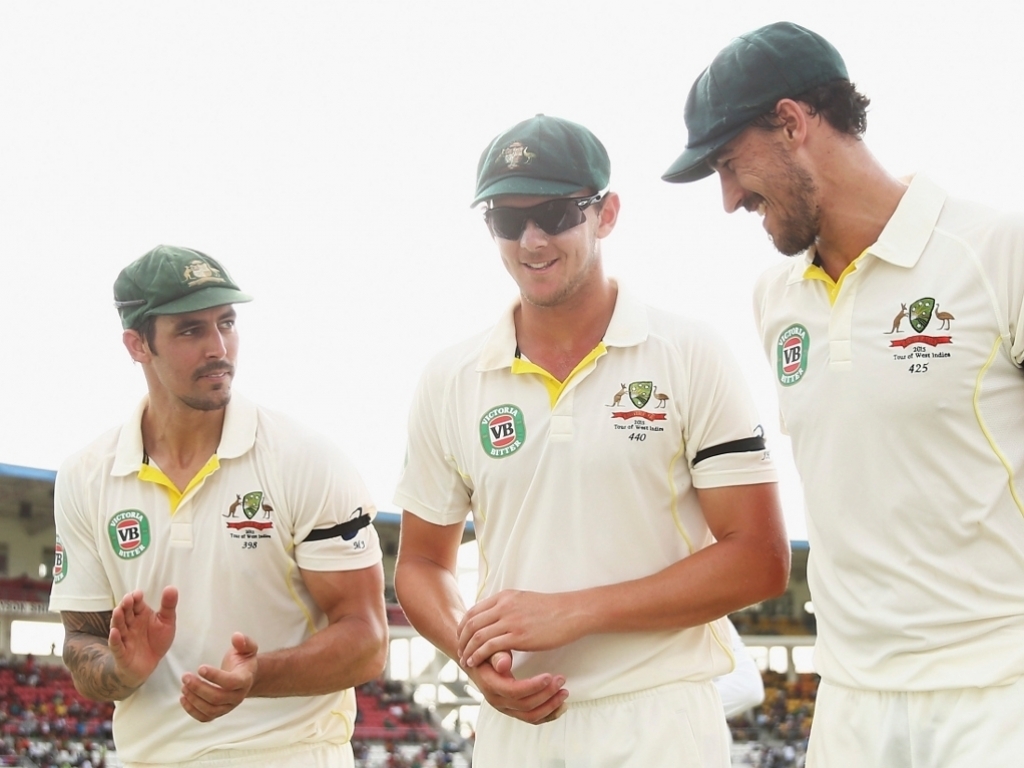 Australia coach Darren Lehmann has admitted that he's going to have a tough time picking his pace attack for the Ashes, with all his bowlers doing well at some point in recent weeks.

The Aussies are likely to stick to their three pacemen, Shane Watson and Nathan Lyon combination, which means those three spots will be fought for between Mitchell Johnson, Mitchell Starc, Josh Hazlewood, Ryan Harris, and Peter Siddle.

The latter two were not part of the West Indies series, with HArris coming back from injury and Siddle not picked. But the Ashes are a different story, with the senior men experienced at playing them, so will Starc and Hazlewood keep their places?

Lehmann said on the CA website: "Those guys have given us a massive headache – albeit a good one – and we have a really tough decision to make when it comes to picking the side for the first Test in Cardiff.

"Two of those five guys are going to be unbelievably unlucky to miss out, but that’s what happens when you're playing good cricket. You have to make those hard decisions.

"We just have to pick the right three fast bowlers to take the 20 wickets in that first Test.

"And that’s not to say we'll play those three all series, but we'll just pick the XI for that match and go from there.

"The two tour matches (against Kent and Essex) leading into the series will play a big part in our thinking.