Home Countries Australia Lehmann: Watto has plenty of cricket left in him

Lehmann: Watto has plenty of cricket left in him 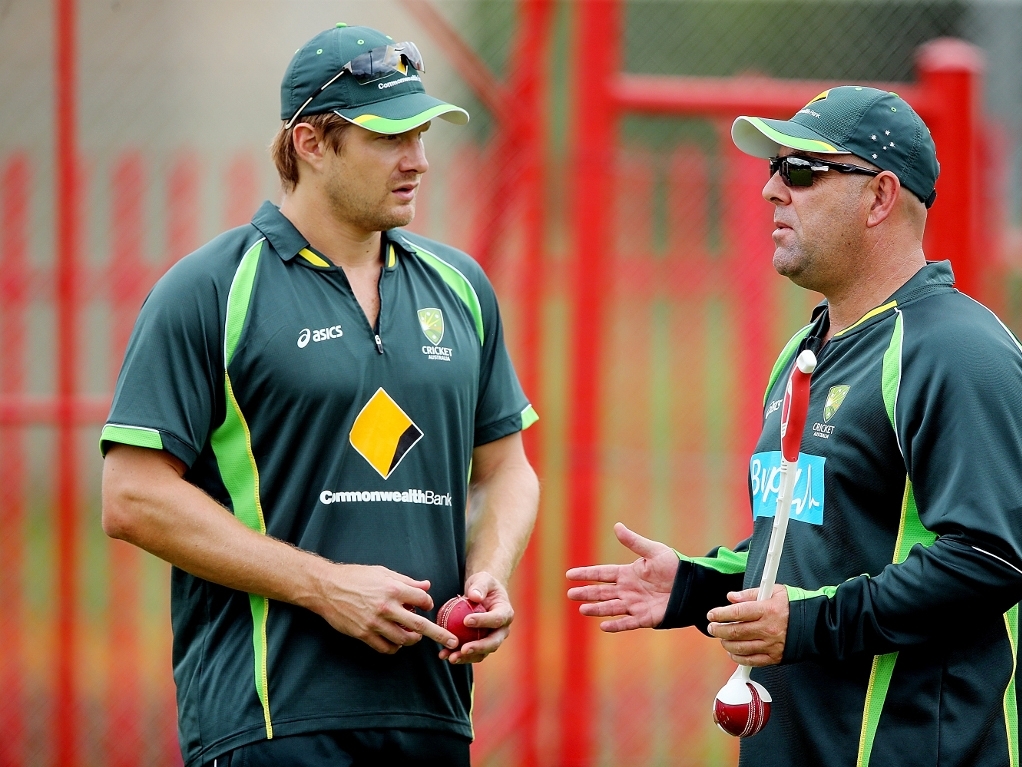 Australia coach Darren Lehmann has insisted the Shane Watson being dropped for the second Ashes Test against England does not mean that his Test career is over.

The burly allrounder was axed from the Australia side that lost heavily to England in the first Test last week in Cardiff with his place taken by Mitch Marsh, who scored centuries in the both tour games before the first Test.

Watson did not look threatening while bowling and he also failed twice with the bat in Cardiff but, maybe more crucially, he was twice out lbw which is a technical flaw that he just cannot get rid of.

Lehmann said: "Obviously Shane has been a little bit disappointing with his runs and it's a tight call. He's been an experienced player for us.

"Mitch Marsh has done everything we could ask for behind scenes and first two tour games he's in good form. Tight call first Test, we went with experience, this Test we've gone with Mitch Marsh.

"Tough call on Shane but I'm sure he's got plenty of cricket left in him."

The Australia coach does not feel that this is the end of Watson in the longest format of the game, pointing to the World Cup earlier this year when the 34 year-old got dropped but came back into the team to help them win the tournament.

Lehmann continued: "I think it's a case of him getting back and obviously got a county game next week he'll play in and try find some form back and keep putting his name in front of selectors.

"A chance very much like the World Cup where he got dropped and came back into side, so really form will dictate what Shane does."