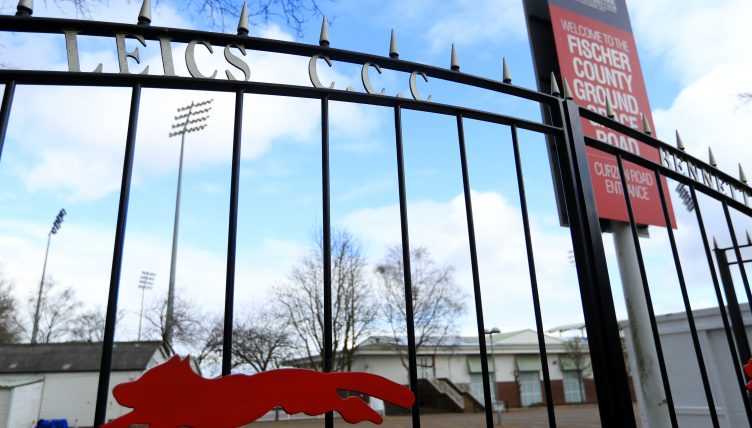 Leicestershire chief executive Sean Jarvis insists scepticism over the county’s long-term viability acts as motivating force and will no longer accept being viewed as “the weakest of the bunch”.

Jarvis has had a baptism of fire since taking charge of the Foxes in March, thrust straight into the coronavirus crisis which delayed and restricted the professional season and ended up costing Leicestershire GBP 1.3million.

If the financial and logistical issues stemming from the pandemic were not already enough to deal, with there was also an unwelcome intervention from Colin Graves, the outgoing chairman of the England and Wales Cricket Board.

In a parting interview Graves suggested a handful of counties were “producing nothing” in first-class cricket and should consider becoming limited-overs operations.

Leicestershire’s recent record placed them firmly in his crosshairs – having spent 16 straight seasons in the second division of the championship, including six bottom-place finishes – but Jarvis is planning to rise from adversity rather than shrink beneath it.

“People say we’re an easy target but that’s because we probably haven’t performed as well as we should have in recent history,” he told the PA news agency.

“That is in the past now and we like to say we’re a new breed of fox. I don’t deny there’s a lot of hard work ahead but we’re not scared of that. If people target us because they think we’re the weakest of the bunch that just motivates us to achieve greater things.

“I’m a Leicester lad, born and bred, and I know what our heritage means. But we have maybe lost sight of that in recent times. There was an inherent feeling that ‘Leicestershire are the also-rans, push them to one side’.

“Well we’ve made the point that we are not here to make up the numbers, we’re here to contribute. If we do that as underdogs or challengers, then bring that on.”

Jarvis does not directly reference Graves or his comments, but is clear that there is a positive working relationship with the governing body under his successor, Ian Watmore. Furthermore, he stresses that it is down to those who play for and run the club to alter any tarnished reputation.

“You can understand why people would draw certain conclusions but we have perhaps been our own worst enemy in terms of the perceptions out there,” he said.

“Now, I believe and I hope that those perceptions among our peers are beginning to change. We want people to sit up and take note of what we are doing and the philosophy behind it. Our dialogue with the ECB over the past few months has been excellent.”

Jarvis’ previous job was in football as commercial director of Huddersfield Town and a central pillar of his vision for Leicestershire involves engaging with and reactivating relationships with local businesses, sponsors and community groups. There has also been a return to the club’s traditional red and green colours.

On the pitch is where the real test is taken, though, and a club who produced England greats like David Gower and Stuart Broad have ambitions in that direction too.

“Our DNA is about developing talent for the future, unearthing those fantastic players like Broad and Gower. We’re rebuilding and rebranding the academy and beginning to create the right identity for who we are.

“We’re inspired by our neighbours, Leicester City in football and Leicester Tigers in rugby union and we want to play our part in the sporting heritage of the area.”