Home News Leie excited to stretch himself on A tour

Leie excited to stretch himself on A tour 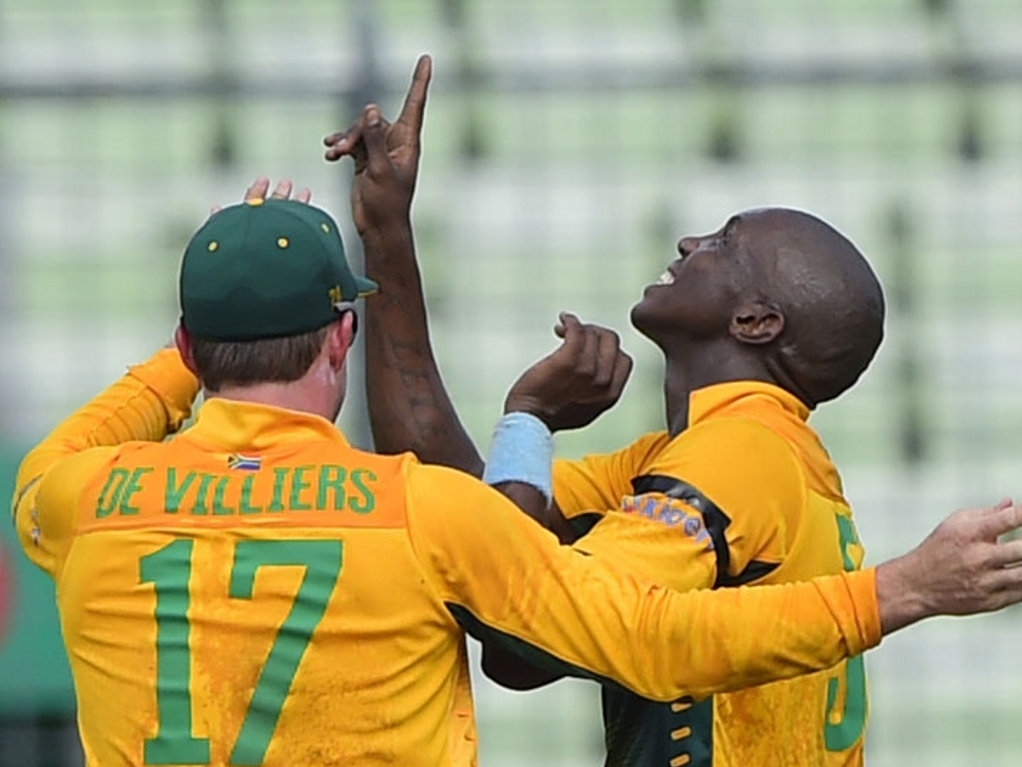 South Africa's most recent spin graduate, Eddie Leie, is putting a 'dream' Proteas debut to the back of his mind as he refocuses his attention on the upcoming trip to India with the South Africa 'A' squad.

Just one month after he took figures of 3 for 16 to help spin South Africa to a Twenty20 international series win in Bangladesh, Leie will return to the subcontinent with fresh aspirations.

South Africa ‘A’ take on Australia on August 5 in the opening match of a one-day triangular series in Chennai that also includes India ‘A’, and will also play two unofficial Test matches against the hosts once that tournament concludes.

Leie said: "The last three months have been great, so I'm trying not to get too excited. I'm happy that I had the debut that I did – it still feels like a dream – but it feels like that day is gone and now I have to concentrate on today.

"I have to go to the nets and get back into my routine. What happened that day happened, and today I have new dreams and aspirations. I know that if I bowl the way that I know I can when I get to India, then I'll come out on top. So for me it’s about preparing and getting to that mental state."

Although Leie enjoyed a highly successful season with the Highveld Lions and went on to make a stunning debut for the Proteas, he readily admits that he still needs to make an impact at ‘A’ level.

The leg-spinner is yet to take a wicket for South Africa ‘A’, having endured a tough introduction against the England Lions in January when he conceded more than seven runs per over in three one-day games before a finger injury ended his series.

As a spinner Leie will have his best opportunity yet to make an impact during the one-day games in Chennai and the four-day matches in Wayanad, where he will return to the high temperatures – and hopefully spinning wickets – that he encountered in Bangladesh.

He said: "In Dhaka and Chittagong it was too hot – at some stages I thought I was going to explode. After a bowling session you just want to go to your room and lie under the air conditioner!

"The heat will probably be similar in Chennai, but I'm looking forward to bowling on those pitches, testing my skill, trying to bowl the slider and the flipper because everyone is expecting the ball to turn. I'll try to mix it up a bit.

"But it’s also important not to expect to take wickets because the wickets will be turning. Also I won't be surprised if we get there and the wickets aren't turning, because most subcontinent teams now prepare good batting wickets. We need to just be prepared to play with what we get there."

On a team level, Leie is also aware that South Africa ‘A’ has not been achieving in the one-day arena.

Although the four-day side have matched or bettered whatever opposition they have come up against recently, the one-day unit has not reached the final of the two triangular series played against India and Australia in the last two years, and lost three of four completed games against the England Lions in January.

He added: "I feel we haven't performed to our potential as an ODI team. The SA ‘A’ Test team has been great, but we can improve in the shorter format. If we can play to our potential then I feel we'll come up winners."