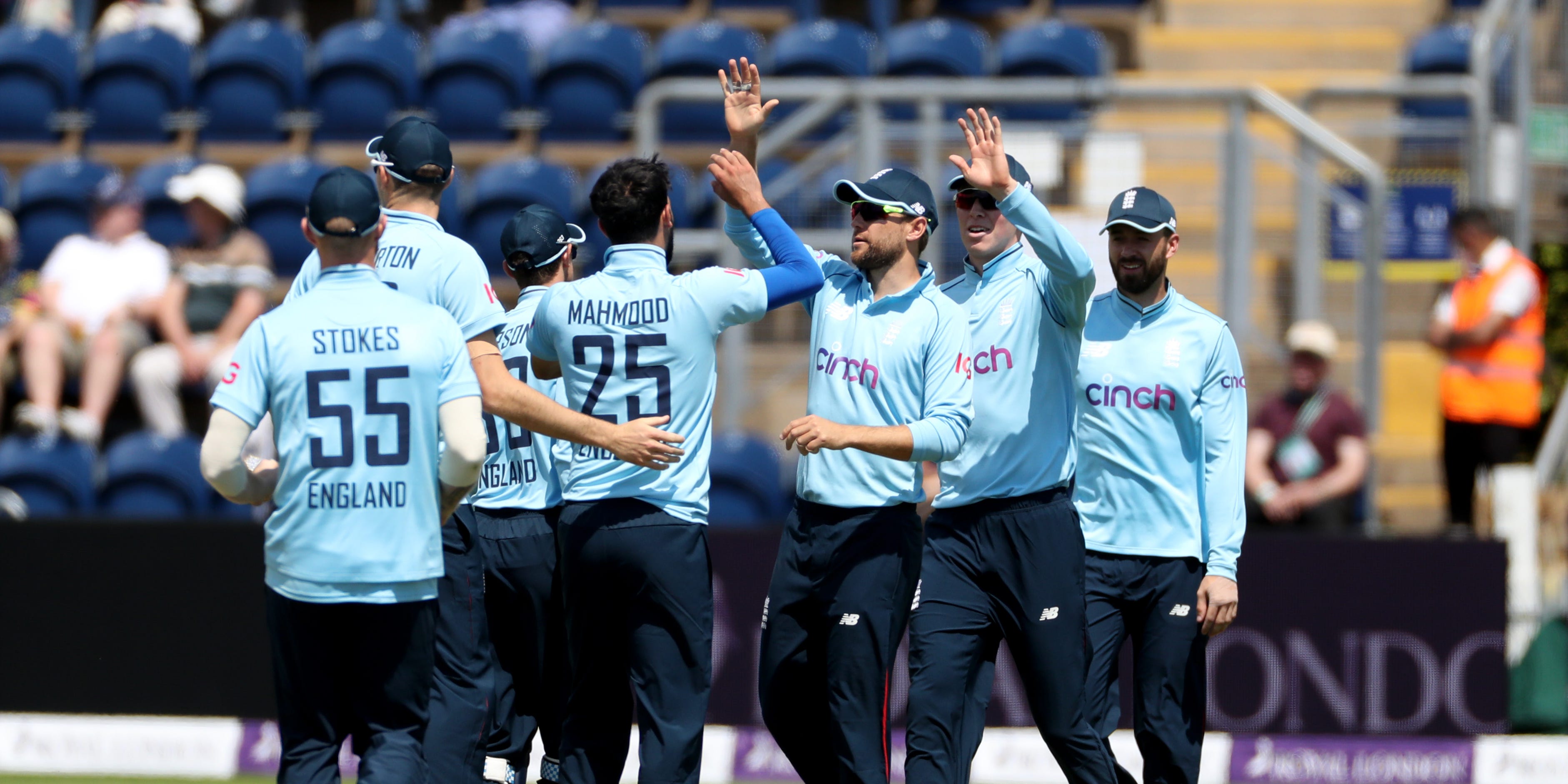 The stunning success of England’s scratch XI against Pakistan is a point of pride for county cricket, according to Somerset all-rounder Lewis Gregory.

Head coach Chris Silverwood embarked on a supermarket sweep of the domestic system after a Covid outbreak wiped out the entire one-day squad just a couple of days before the Royal London Series, with nine uncapped players and a handful of returning faces answering the call.

Gallant defeat would have been a perfectly reasonable outcome in the circumstances, but instead they delivered an outright thrashing of the tourists – roaring to a nine-wicket victory which required only 67.1 of the scheduled 100 overs.

Gregory, one of five players to make their ODI debuts at Sophia Gardens, played his part when he removed the dangerous Mohammad Rizwan with the new ball, but the collective strength of the performance was decisive.

Player-of-the-match Saqib Mahmood led the attack in style on just his fifth appearance, Brydon Carse bowled with fire on his international bow, while Zak Crawley and Dawid Malan compiled an effortless, unbeaten century stand despite minimal experience in the format.

“I think it shows the strength in depth of the white-ball cricket in this country,” said Gregory, who will hope to keep his place for Saturday’s second ODI at Lord’s.

“There are a lot of guys who have been brought up with T20 and you see that in the way people go about their cricket. It was a fantastic result and it shows the calibre that is in county cricket and what they can do on the big stage.

“There are a lot of guys who are thankful for what county cricket has given them, it’s an opportunity for them to showcase what they can do on the big stage.”

Later this month the England and Wales Cricket Board will finally launch The Hundred, its new eight-team franchise competition, and organisers will have been delighted to see a host of the contracted players building their profiles with the national side.

But it is also clear that the pre-existing structure, T20 and 50-over tournaments based around the traditional 18-county system, has been more than capable of topping up the talent pool.

“I think the standard in English cricket is very very good and I think you see that across the Blast and the Royal London competition,” offered Gregory, who will captain Trent Rockets in the Hundred.

“The only thing with with the other (overseas) competitions is, in the majority of them, their national players are back playing which obviously we don’t see a huge amount with the schedule that the England lads normally have.

“But I think the standard across the UK is phenomenal. The wickets that sort of you play on tend to be pretty flat and there are some pretty small grounds, so I think it naturally raises the standard. Guys have to be spot on or you do disappear.”

As it stands, the stand-ins do not know whether they will be kept on to contest the T20 series against Pakistan too, or if they will be replaced by those returning from quarantine.

Until that becomes clear they will merely make the most of an unexpected opportunity, which continues in front of a capacity crowd at the home of cricket on Saturday – the first since the onset of the pandemic.

“I’m sure a lot of the guys who had to isolate will be out of isolation, so I’m assuming they will be available for selection again,” said Gregory.

“We just have to focus on the next two games coming up and try and do the best we can. Any time you play at Lord’s is amazing and to do that in front of a full house will be special. It’s been a long time playing in front of no-one, so it is going to be amazing. I can’t wait to be there and see how special it really is.”