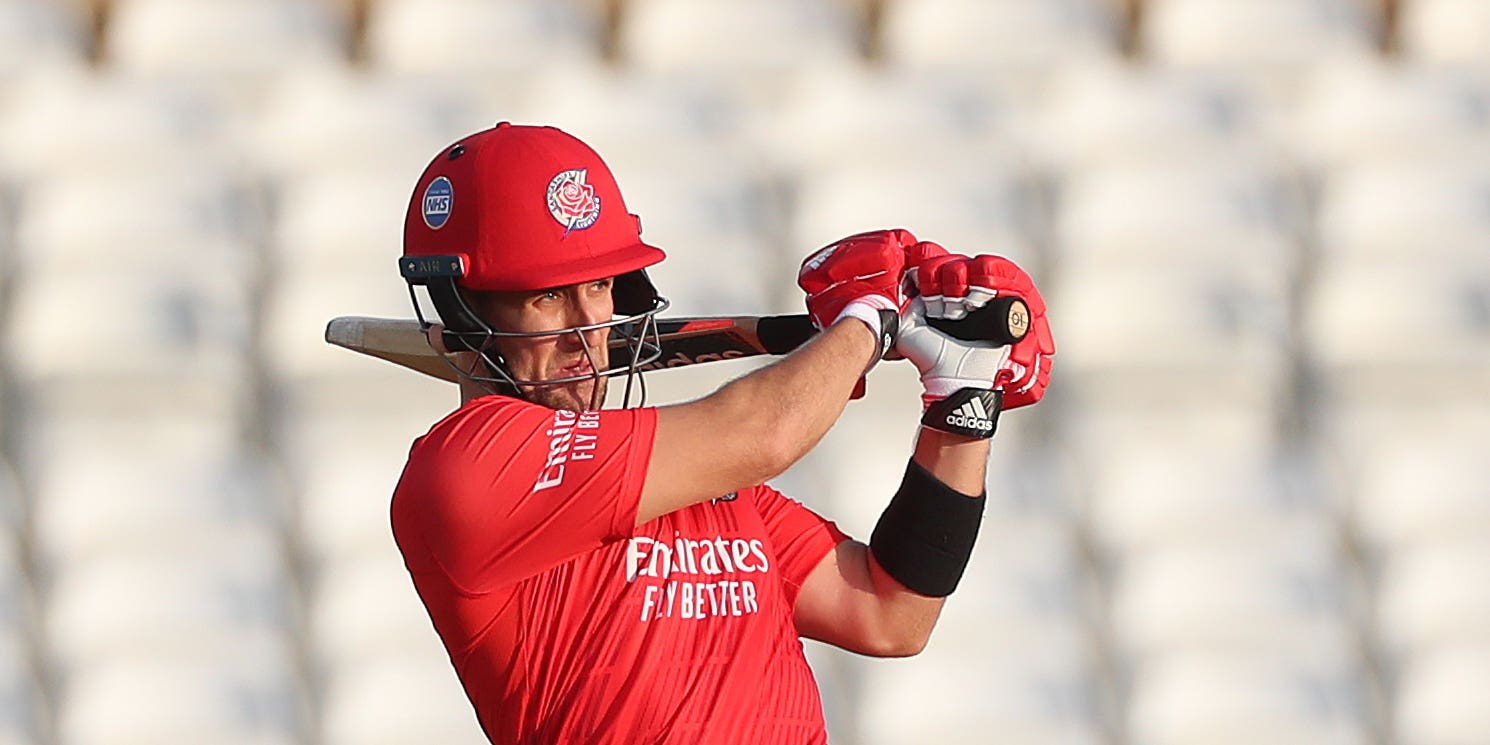 Liam Livingstone hit 75 to set Lancashire up for a 17-run victory over Derbyshire at Emirates Old Trafford in the Vitality Blast.

Livingstone smashed five sixes in 40 balls from number three, as part of a 91-run partnership with Dane Vilas, as Lancashire posted 219 for six.

Derbyshire responded with 202 for five from their overs, with Luis Reece getting 55 and Leus Du Plooy an unbeaten 59.

Chris Lynn posted the third T20 century of his career as Northamptonshire beat Leicestershire by 42 runs.

In reply, Foxes opener Scott Steel hit 64, but they collapsed, finishing on 185 for nine.

The 31-year-old seamer finished with figures of four for 15, including three wickets in four balls as Kent were bowled out for 114 in 19.3 overs.

Gloucestershire’s chase was hampered by the loss of early wickets, but Glenn Phillips hit an unbeaten 50 from 31 deliveries as they chased down Kent’s total with 33 balls remaining.

Durham bounced back from successive defeats with a comfortable 48-run win over Worcestershire.

After losing early wickets, Worcestershire were behind the rate and they only made 138 for nine.

Rilee Rossouw blasted 74 from just 29 balls, but was unable to save Somerset from a 47-run defeat to Sussex at Taunton.

The Sharks posted 216 for seven after losing the toss, with Josh Philippe hitting 70, and Harrison Ward adding a rapid 23 from five deliveries at the end.

Rossouw hit five sixes and eight fours on his way to 74, but lacked support, and they collapsed to 169 all out.