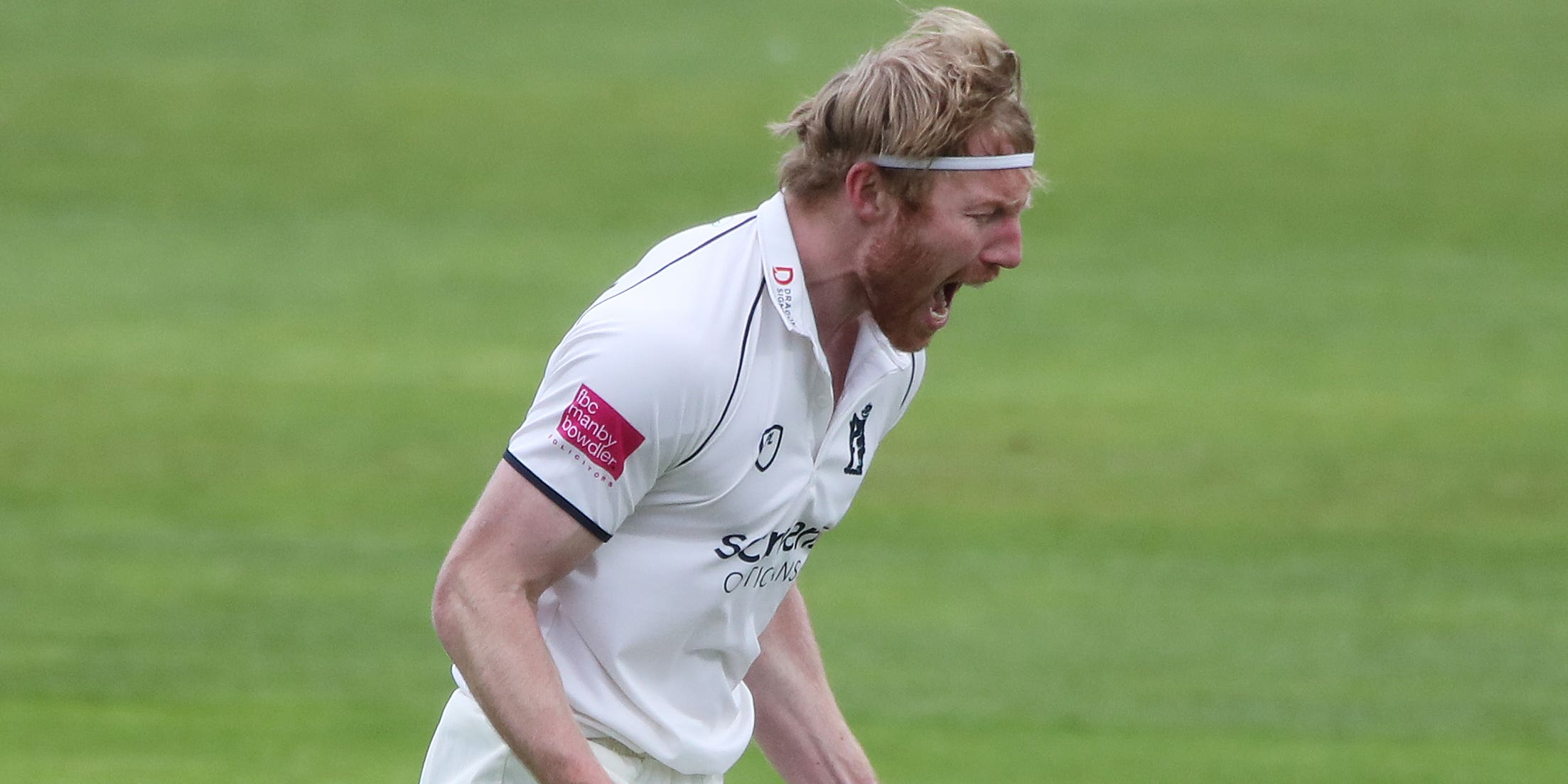 Norwell’s career-best nine wickets for 62 runs sealed a five-run win over Hampshire on a thrilling final day of the season at Edgbaston, meaning the White Rose county drop into Division Two.

Hampshire, set a victory target of 139 to secure runners-up spot and condemn the 2021 champions to the drop, were bowled out for 133 as Norwell, returning at the end of an injury-ravaged season, bowled magnificently in several spells from the Pavilion End to keep Warwickshire above the relegation trapdoor in the final moments of the season.

They resumed on the final day of the campaign on 62 for two but appeared to relinquish their survival hopes as they collapsed to 177 all out.

Hampshire had 72 overs to reach their total but slumped to 91 for seven and, despite Nick Gubbins’ steadfast 46, they fell just short to suffer an agonising defeat.

Simon Harmer claimed six wickets for 49 to spin Essex to a 47-run victory over Northamptonshire at Wantage Road and finish as leading wicket taker in Division One this year.

Harmer extracted prodigious turn to run through Northamptonshire’s middle and lower order after Sam Cook set up the win with three wickets in two overs to shatter the hosts’ hopes of chasing 211.

A breezy 30 from Ricardo Vasconcelos boosted the hopes of the home fans before six wickets fell for 29 runs. Despite a belligerent 39 from Gareth Berg – Northamptonshire’s highest individual score in the match – the hosts were bowled out for 163, meaning they finish in sixth place in the championship, which is their highest in 27 years.

Harmer finished with 59 wickets for the season, one ahead of Kyle Abbott of Hampshire, while Cook passed 50 for the season at an average of just 16.2.

Nottinghamshire needed just over two hours at Trent Bridge to take the seven Durham wickets they needed to be crowned Division Two champions.

England seamer Stuart Broad, in his first appearance for his county since May, finished with three for 36, left-arm spinner Liam Patterson-White took three for 41 and South African seamer Dane Paterson claimed two for 27.

Durham, for whom David Bedingham was unable to bat because of a dislocated shoulder, were dismissed for 114 to lose by 462 runs.

Middlesex’s promotion to Division One was confirmed after rain washed out the final day of their clash with Worcestershire at New Road.

They had effectively made sure of finishing in the top two after accruing a maximum haul of five batting points on the third day.

Thursday’s blank meant Middlesex collected the additional eight points for a share of the spoils which ensured they finished ahead of nearest challengers Glamorgan.

Ali Orr just missed out on a double hundred while Tom Haines made 177 and Dan Ibrahim an unbeaten century as Sussex batted through the final day to draw with Glamorgan.

Orr was dismissed for 198 as Sussex piled up 554 for eight in their second innings at the 1st Central County Ground. The players shook hands shortly after Ibrahim, 18, had reached his maiden century.

Rehan Ahmed scored a superb maiden century to save Leicestershire from defeat against Derbyshire at the Incora County Ground.

The England Under-19 all-rounder impressed on the last day of the season with a breathtaking 122 off 113 balls to provide a memorable finale to a miserable season for Division Two’s bottom club.

It was also a record-breaking performance as he became the first Leicestershire player to score his first hundred and take his maiden five-wicket haul in the same match.

The 18-year-old was well supported by Lewis Hill, who scored 60 off 157 balls and shared a fourth wicket stand of 163 in 35 overs with Ahmed.

Harry Swindells (48) and Tom Scriven (30) added 70 and although Sam Conners celebrated his county cap by taking his 50th championship wicket, Leicestershire were 86 ahead at 405 for seven when rain consigned the game to a draw with 20 overs remaining.