Lockie Ferguson prepared to wait for his Test break 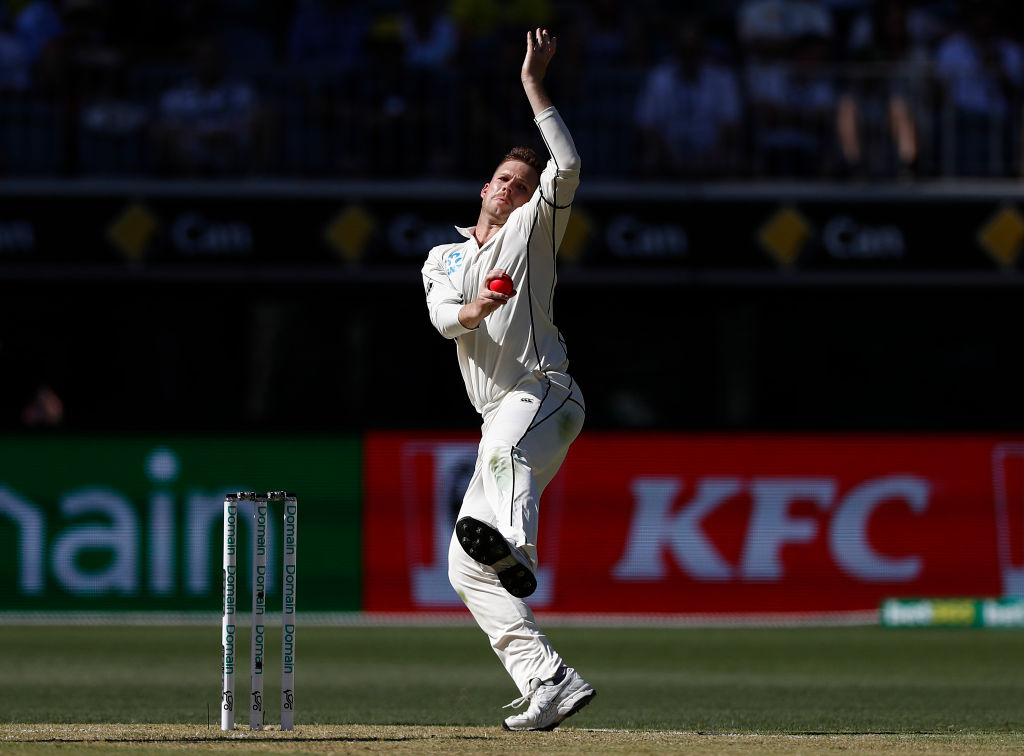 If Test attacks were picked on raw pace along Lockie Ferguson would make the Blacks Caps XI every time but the 29-year-old speed merchant is still waiting for a fair crack at the game’s ultimate format.

Ferguson’s only Test to date was marred by a calf injury that prevented him from bowling more than 11 overs and he has now seen allrounder Kyle Jamieson nose in front of him in the seam-bowling ranks.

New Zealand’s Test attack currently centres around the so-called big three of Trent Boult, Tim Southee and Neil Wagner. Ferguson understands that he needs to be patient and keep putting in the work.

The 29-year-old quick is motivated by the competition for places in the Black Caps team and is determined to take his chance if and when it presents itself.

“I think it’s a fantastic time to be playing for the Black Caps,” he said. “You see the depth – Kyle Jamieson, one of my good mates, coming through and taking his opportunity [and] playing very well. [This] puts pressure on all bowlers to perform well and he’s started the [domestic] season very well this year – he’s taken five-fors pretty much every game, so I think it’s great. For me, that means I’ll have to work hard to get an opportunity and have a chance in the side. And if that opportunity comes, I’ll do what I can to take with open arms.

Ferguson added that Jamieson “certainly deserves a spot in that side. But having said that, the Test side is a tough team to make – there’s so much depth and obviously our big three have been so successful for a long period of time. But you can only take it game by game – tough to look too far ahead.”

Eager to learn from Bond

The Auckland paceman is looking forward to working with Black Caps bowling coach Shane Bond across the 2020/21 summer.

“We had a tour to the UAE with the New Zealand A side two years ago,” Ferguson said.

“He [Bond] was the coach there and that’s the biggest stint I’ve had with him. [We have] similar ways of bowling – obviously he was super impressive. But we’ve had some great chats there. He was even asking [about] one of the plans, [which] was coming around the wicket so much and bowling short to guys.

“He asked me why I wasn’t doing it as much as I used to. So he remembers it as well. It’s been great to have him to bounce ideas off and get some notes on West Indies.”

New Zealand welcome the West Indies for a bilateral series to kick-off their home summer. The Black Caps face the men from the Caribbean in three T20Is and two Test matches between 27 November and 15 December.