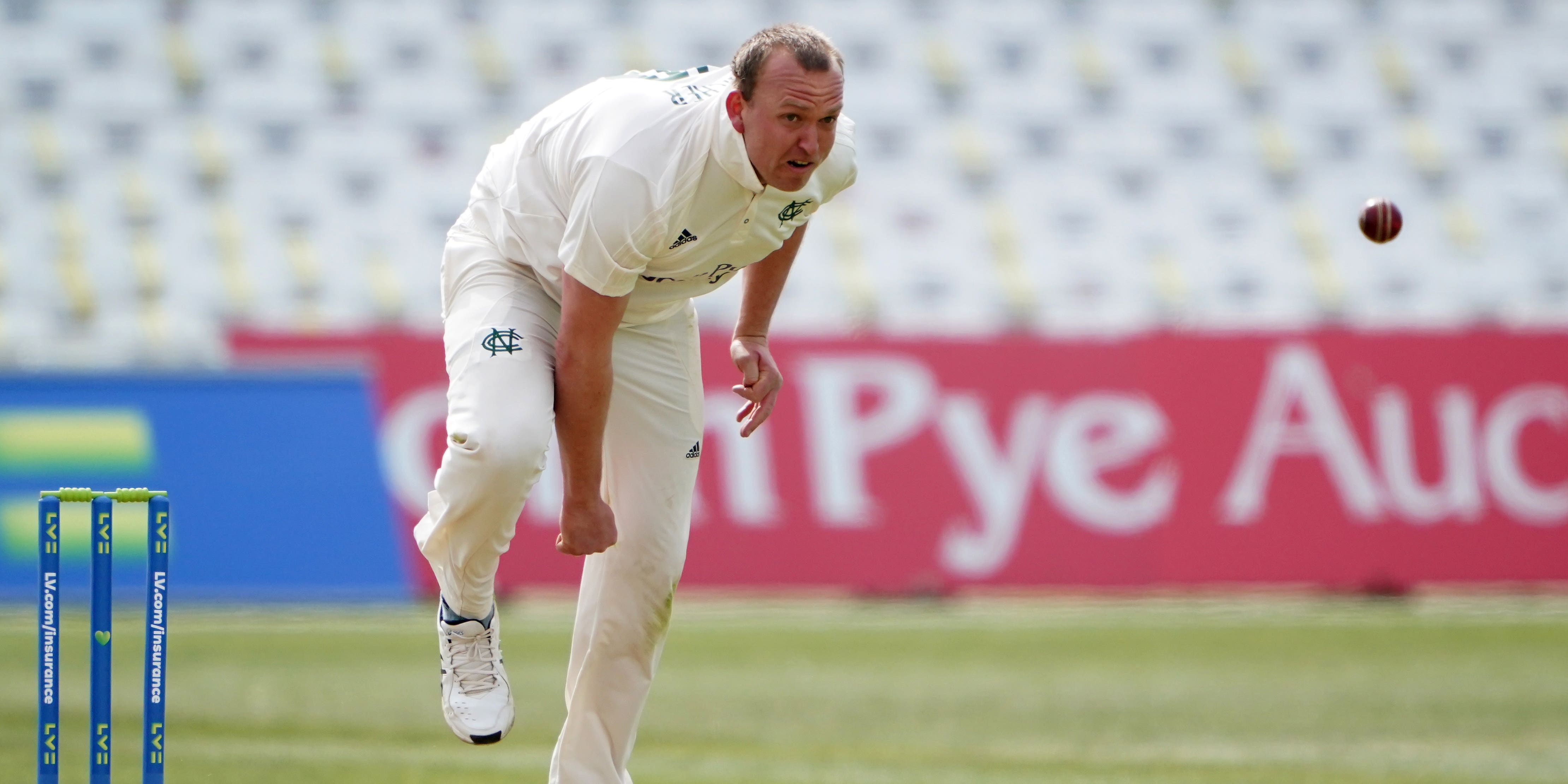 An unbeaten 69 from Ben Duckett, who retired overnight after being summoned into England’s revised one-day international squad for the forthcoming series against Pakistan following a coronavirus outbreak, helped the home side to 307 and a 158-run first innings lead, with Fynn Hudson-Prentice taking a career-best five for 68.

However Fletcher, who had claimed three for 36 first time around, tok five wickets at a cost of just 28 runs from 11.4 overs as Derbyshire were skittled out for just 122 to lose by an innings and 36 runs.

Durham will head into the final day of their clash with Warwickshire trailing by 64 runs in their first innings after rain nudged the match at Edgbaston ever closer to a draw.

David Bedingham on 37 not out and wicketkeeper Ned Eckersley, who has 18 to his name, will resume with the score at 173 for five, four of those wickets falling to Craig Miles for 42 runs on a day when the home side lost Danny Briggs and the visitors Ben Stokes and Brydon Carse to England duty.

In Group Two, England opener Rory Burns added a 25-ball duck to his single-run first innings score as Surrey were left with a mountain to climb at the Ageas Bowl.

Languishing at 42-4 overnight in reply to Hampshire’s first innings of 488, the visitors were routed for 72 with Keith Barker’s four for 24 leading the way.

Their cause looked forlorn after Barker and Brad Wheal, who removed Burns with the final ball of the day, reduced them to six for two after they were asked to follow on.

Swindells will return to the crease on the final day on a career-high 119 not out with Barnes having reached 54 – also his top score – in a partnership which left their side on 390 for seven in their first innings, 71 adrift of the hosts’ total of 461 for nine declared.

The visitors had resumed at 95 for three, but looked to be in trouble when the pair came together with the score having advanced to 272 for seven to frustrate a bowling attack blunted by Craig Overton’s England call-up.

James Bracey’s knock of 88 put Gloucestershire into a commanding position against bottom-of-the-table Middlesex at Cheltenham.

Bracey’s contribution and 46 from opener Miles Hammond were the backbone of a second-innings total of 198 for six after the home side had bowled out the visitors for just 101, with Matt Taylor claiming four for 19.

Gloucestershire will head into day three 345 runs ahead as a result.

Harry Brook’s third first-class century provided the foundation as Yorkshire climbed to the top of Group Three with a 53-run victory over Northamptonshire at the County Ground.

Having resumed their second innings on 159 for six, the visitors set their hosts 206 to win on a turning pitch due in large part to Brook’s 113 from a total of 217 all out.

However, only Luke Proctor, who scored an unbeaten 42, and Tom Taylor, who was trapped in front for 40, provided any real resistance as Duanne Olivier finished with figures of three for 34 from his eight overs with Ben Coad, Steven Paterson and Dom Bess claiming two wickets apiece.

A seventh-wicket stand of 69 between Rob Jones and Luke Wood helped to ease Lancashire 185 runs clear of Kent at Old Trafford.

The home side, who had started day three on 108 for five, had reached 259 for nine by stumps with Wood still there on 63 not out with Matt Quinn and James Logan having collected three wickets each.

An unbeaten 54 from opener Ali Orr helped to send Sussex into day four at Hove with a lead of 122 over Glamorgan with six second-innings wickets remaining.

The Welsh side lost their final first-innings wicket with 10 runs having been added to their overnight score of 205 for nine, a deficit of just 11, and then reduced their hosts to 19 for three before Orr, playing just his second first-class match, steadied the ship with support from debutant Oliver Carter and skipper Ben Brown.