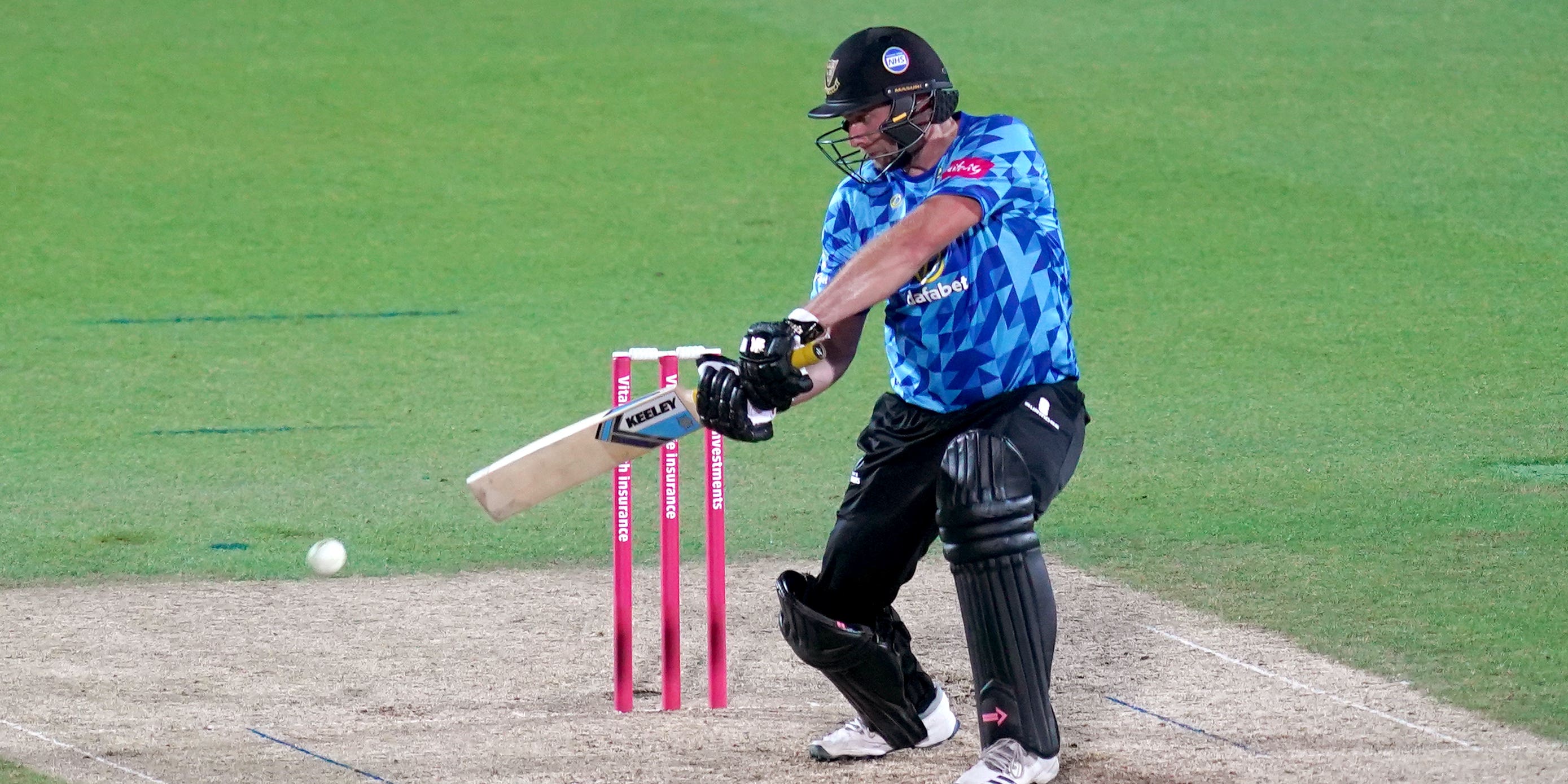 Luke Wright marked his entrance to the Vitality Blast campaign with a stunning 75 off 44 balls as Sussex Sharks made it three wins from three with a seven-wicket victory over Essex Eagles in Chelmsford.

The Blast’s all-time leading run-scorer missed the opening two rounds after splitting the webbing in his hand while practicing fielding on the eve of the competition.

But he made up for lost time by bringing up his fifty in 33 deliveries as Sussex chased down Essex’s below-par 128 for eight with 36 balls to spare.

Lintott finished with four for 20, scything through the Steelbacks’ middle order as the home side subsided to 115 all out – with seven wickets going down for just 17 runs.

That left Northamptonshire well short of the Bears’ total of 170 for three, which was built around Sam Hain’s undefeated 69 from 42 balls and 62 from Pieter Malan.

Ricardo Vasconcelos gave the Steelbacks hope with a lively 36 but once he was out, the home side – who remain winless in this season’s Blast – folded rapidly.

The Durham University student, on his recall to the starting line-up, blazed three sixes and nine fours in a 43-ball innings.

A fourth-wicket stand of 122 with wicketkeeper John Simpson (62) helped the hosts chase down a target of 216, with Hampshire’s Mason Crane taking three for 35.

Alex Hales produced an unbeaten 96 to help guide Notts Outlaws to their second Blast win as Durham were defeated by 13 runs at Emirates Riverside.

The former England opener notched 10 fours and four sixes in his 54-ball innings, falling just short of a century in the final over.

Durham made a rapid start in their reply, but once the opening stand between David Bedingham (65) and Graham Clark (39) was broken, the chase unravelled and the hosts fell short, slumping to a first defeat of the season.

Jonny Bairstow hit a rapid 82 as Yorkshire added to Leicestershire’s miserable start to this season’s Blast with a thrilling 18-run victory at Headingley.

The Vikings amassed 240 for four before the Foxes gave them an almighty scare as Leeds-born Australian Josh Inglis matched Bairstow’s score off only 37 balls.

Adam Lyth hit 51, while David Willey hit 44 and Harry Brook made 48 not out in Yorkshire’s third-highest total in Blast history.

Leicestershire were 146 for three in the 13th over, but later slipped to a fourth successive North Group defeat at 222 for eight despite Inglis’ efforts.

Somerset earned their first Blast win of the season at the third attempt with a 47-run success against Kent at Taunton.

Having been 52 for three, the hosts did well to post 204 for seven. Tom Abell made 68 off 33 balls and 20-year-old Lewis Goldsworthy added a career-best 48, while Grant Stewart claimed three for 33.

Despite an impressive 48 off 23 deliveries from Zak Crawley, Kent never looked likely to reach their target and were bowled out for 157 in the 18th over. Marchant de Lange finished with three for 18.

Alex Davies hit an unbeaten 83 to lead Lancashire Lightning to a seven-wicket victory over Derbyshire Falcons in the North Group.

Davies hit 13 fours off 54 balls as Lancashire chased down a target of 197 with 10 deliveries to spare. Liam Livingstone struck four sixes in a rapid 45 and Dane Vilas made an unbeaten 40 from just 18 as Lancashire romped to 197 for three.