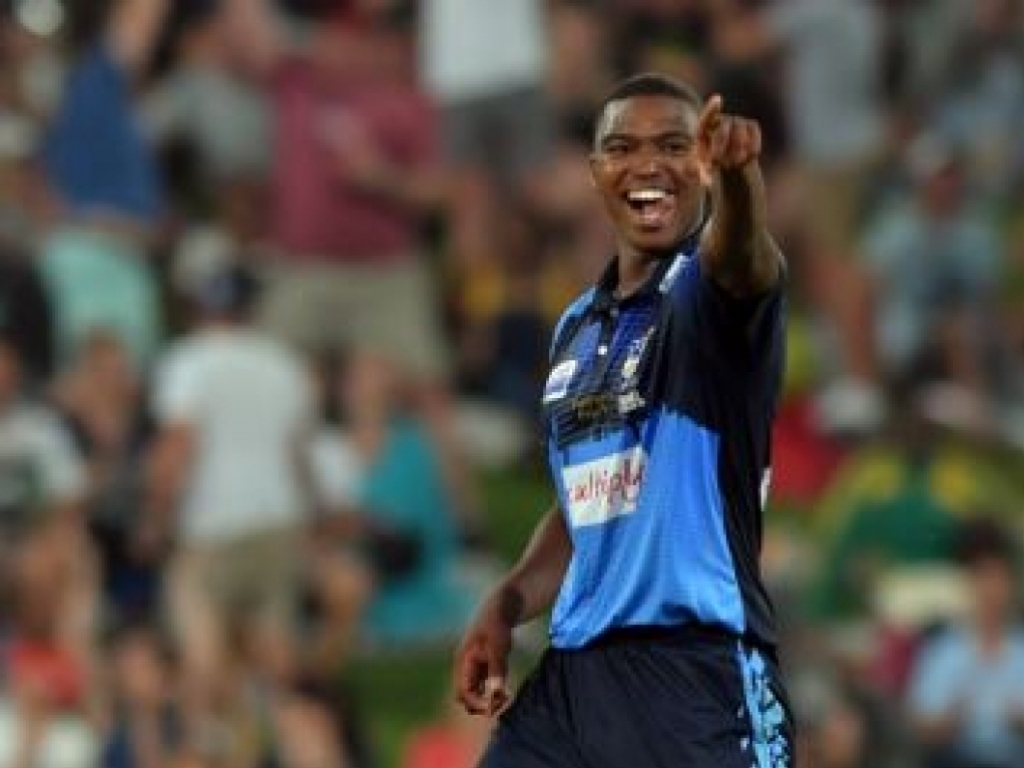 The 20-year-old has had a dream run over the last couple of months after making his debut for the Titans in the CSA T20 Challenge this season- he was named as the bowler of the match in the six-run victory in the final – and hopes to take his performances onto the international stage.

Ngidi said on Tuesday: "I wouldn't say that I expected it sooner, but the journey has been amazing for me, everything has unfolded quickly. I have put in a few performances here and there but the coaches were always reminding me that consistency is the best thing.

"That is what I tried to do, one step at a time, I tried to be as consistent as possible, and the performances came naturally with playing well."

Ngidi has made significant strides since his player of the tournament award in the inaugural Africa T20 Cup in 2015, and has gone on to make his Sunfoil Series and CSA T20 Challenge debuts this season.

He has given due credit for his fast rise up the ladder to former Titans coach, Rob Walter, who gave him his first opportunity to play domestic cricket, and to current coach, Mark Boucher, who has helped him understand the requirements and pressures that come with playing for South Africa.

Ngidi continued: "A lot of credit goes to the coaching staff and the players. They were the ones who backed me in terms of putting me in at such a young age.

"They gave me the opportunity to play in the CSA T20 Challenge last year and I managed to perform decently, which then opened the door to the senior side.

"Rob Walter picked me up from the amateur side, I had been playing varsity cricket and he spotted me there and that is when I got into the amateur team.  He kick-started my franchise career, he had a massive influence."

The former Hilton College scholar is another sterling product of the Cricket South Africa development pipeline, having played through the levels from Kwa-Zulu Natal age-group cricket, CSA Cubs Week and SA Under-19 before establishing himself at franchise level.

He was part of the Tuks team to win the Campus Cricket World Cup for two years in a row and has shown the potential to play a big part in the future of the Proteas' fast bowling reserves.