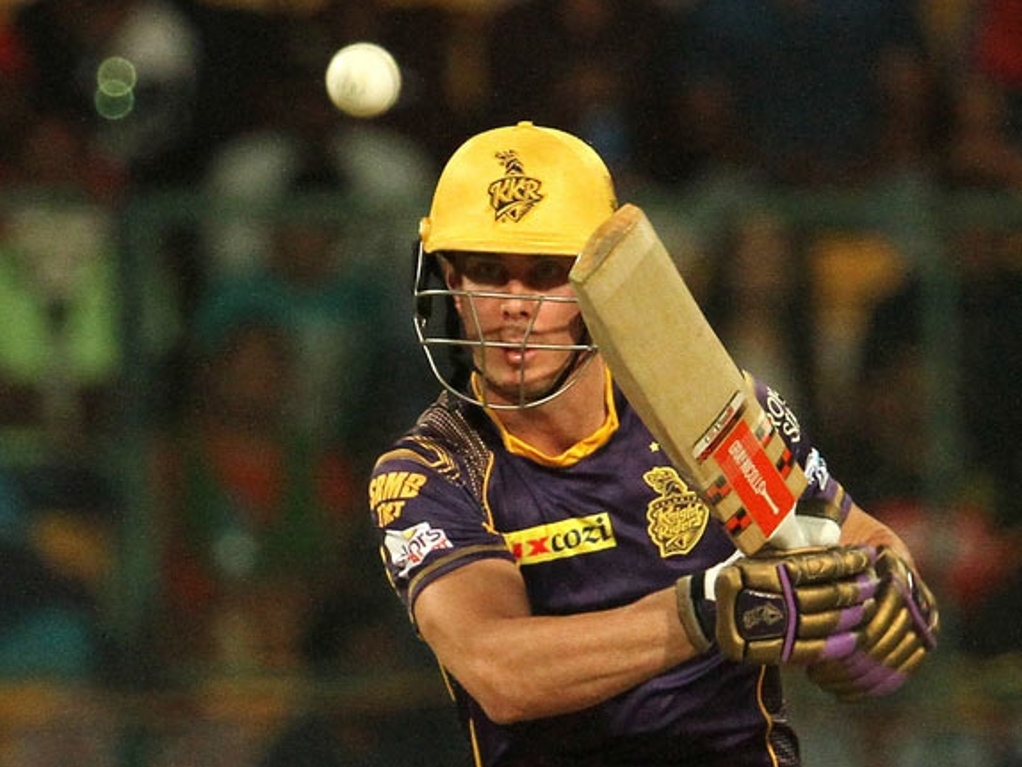 Australia batsman Chris Lynn may not be getting much playing time with the Kolkata Knight Riders in the IPL, but he's taking full advantage of having all-rounder legend Jacques Kallis as the team's mentor.

Lynn has played just two matches for the former champions, but is using his time in the nets to pick Kallis' brain about batting against spin, and also other tactical tricks to get his name noticed by the Aussie selectors.

Lynn said of the South Africa legend's influence on the CA website: "Jacques has been really good for me this season.

"He grew up in similar conditions to me, the hard bouncy pitches so he has been able to relate to my game and give me advise on playing spin bowling in these conditions.

"He gives you the belief that you are not a bad player of spin. You don't have a massive weakness, it’s just that it’s not your strength.

"Jacques said I need to do work on rotating the strike and can get down the other end. Singles are also a way of building your innings and then I can cash in once the fast bowlers are back on again."

Lynn has a first class average of more than 44, but has not played a Test yet. He has five T20 caps to his name though, and his most recent red ball knock for Queensland saw him make 80.

He hopes that next season will see him show selectors that he's good enough for the Test side as well: "For me it is about me putting numbers on the board again and I know I'm good enough to do it in all three formats.

"If I bat for long time I will end up scoring fast and I know Boof [Darren Lehmann] loves guys that can take the game away from the opposition.

"So if I can get that consistency this season then hopefully I will be in recognition for red ball cricket for Australia as well."