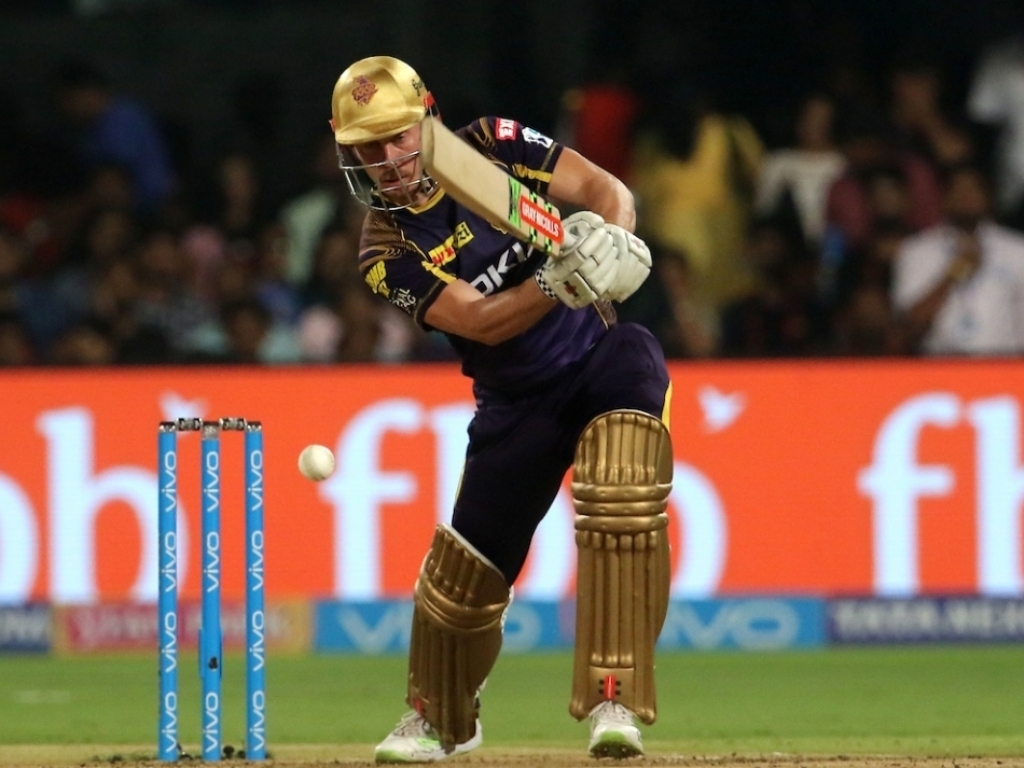 Australia batsman Chris Lynn is thrilled that his batting form has picked up after a slow start to the Indian Premier League for the Kolkata Knight Riders.

Lynn has struggled for fluency in a team that hasn’t fired consistently despite bagging decent results so far and remaining in contention for a playoff spot.

The aggressive top order man hit an unbeaten fifty to see KKR past the Royal Challengers in Bengalaru on Sunday and feels that he is coming good having just returned from the latest in a string of injuries.

Lynn said after the match: “It hasn’t been as free-flowing as I’d normally like. Obviously come off the back of a couple of injuries so I haven’t exactly hit the ground running.

“Maybe my body didn’t allow that early on but it’s coming good now. I’m starting to find a bit of momentum, which is important coming into the back end of the tournament.”

Lynn made liberal use of a much-improved sweep shot to counteract spinners who have been effective in limiting the damage the big-hitter has been able to do in the powerplay thus far in IPL 2018.

He added: “Obviously they have a couple of quality spinners [Yuzvendra Chahal and Murugan Ashwin] and we saw the ball turning. We had to really grind our way out there. It wasn’t your typical Twenty20 game of cricket with the ball flying around.

“We had to find a way, and for me it was sweep shots, get down the other end. It was challenging and the boys … we had one bloke at one end anchoring the innings – guys coming in like Robbie (Robin Uthappa) and DK (Dinesh Karthik, the captain), playing crucial knocks.”

Lynn was happy to do a job for his team who needed to pick up a win having suffered back to back defeats after a strong start to the campaign.

“The more time I’m going to spend in the middle, the quicker I’m going to get that back. At the moment, I was happy to finish not out and get the team home, because that’s what was needed.

“It was challenging to go out there and try to swing from ball one. Happy to build through and just gained a little bit of confidence on the inside, and hope that I can consistently build that now for the back end.”